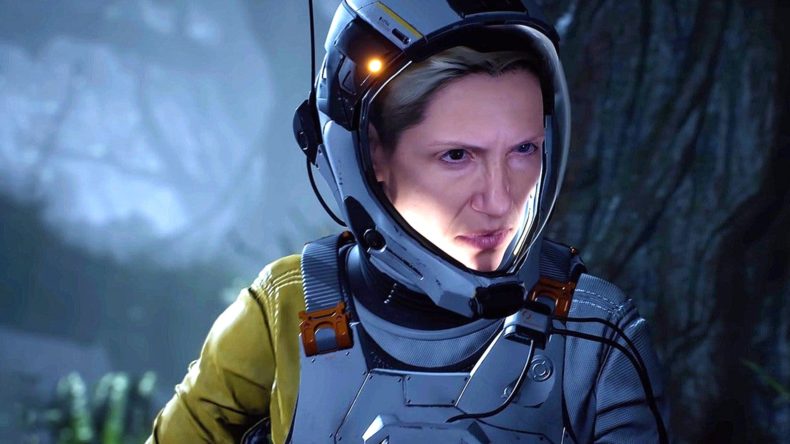 These days, graphics seem to take a back seat more and more when it comes to praising video games. We’ve seen what can be done with minimalist style in games like SuperHot, while 8 and 16-bit pixel art has made a massive comeback over the last few years.

And yet 2021 has been a year full of great-looking games, from Tales of Arise to Scarlet Nexus, Ratchet & Clank: Rift Apart and the gorgeous Kena: Bridge of Spirits. But one game in particular stood out for its use of visuals to create an oppressive, unwelcoming atmosphere that also managed to be somehow beautiful at the same time.

Housemarque’s Returnal is a dark game, one that weaves light and shadow through a world steeped in decay. Entropy has taken hold, and the planet Atropos is all but dead. From shadow-wreathed forests that stir with the passing of unseen alien stalkers, to sand-blown deserts baking under a relentless sun, or the submerged ruins of an ancient civilisation where the deep, sepulchral darkness is pierced by distant pocks of light. 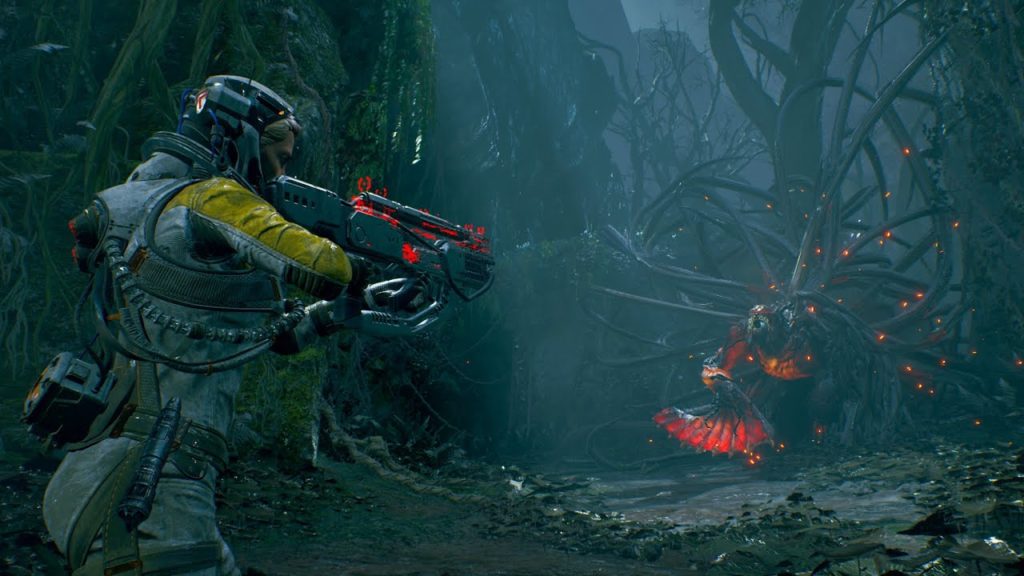 But this is the studio that brought us Resogun, a stunning shooter that dazzles with its use of light and dark. And thus Returnal shatters its shadow with stark bursts of colour. Plants that glow with an eerie pale light, or leaping, chittering beasts that tear apart the gloom with bioluminescent tendrils and gleaming projectiles. It remains an excellent choice to showcase what the PS5 could do, running such insanely busy and beautiful stages at such an effortlessly smooth pace.

As a third-person bullet hell shooter, Returnal is able to fill its screen with such riots of colour and beauty that they become distracting. Death masked by spectacle. As protagonist Selene, it’s our job to pick our way through these alien hellscapes and ignore that mesmerising aesthetic. We’ve an objective to follow, and we know what horrors hide behind the swamp lights. But it’s hard to be standoffish when it all looks so damn good. 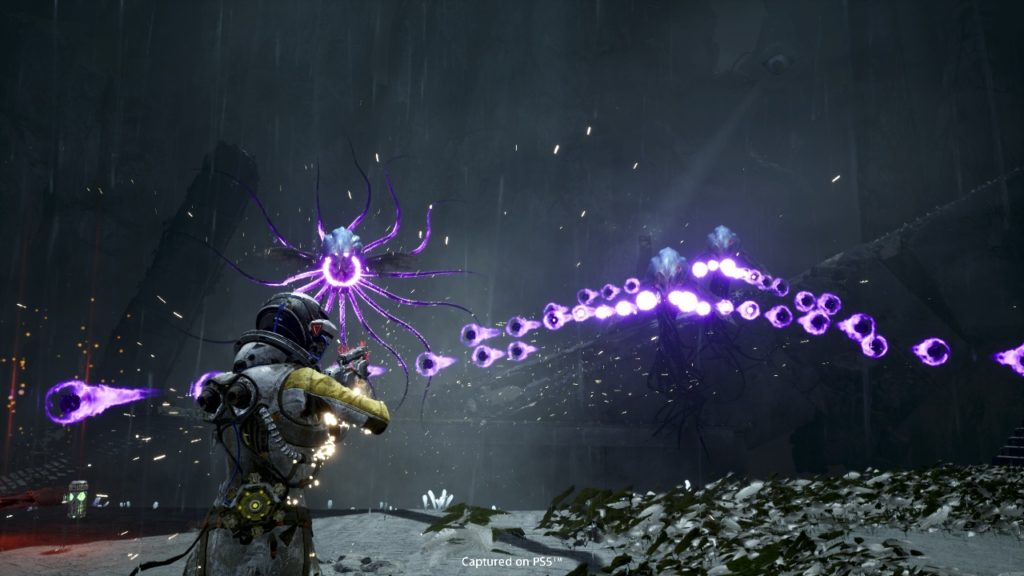 Selene’s model is detailed and believable. This isn’t your usual videogame protagonist. No exposed flesh, incongruous make-up job or wind-swept hair. She’s a middle-aged woman, singularly unremarkable in her appearance. And that’s not meant as a negative. She’s attractive, well-drawn, perhaps even beautiful – but that’s my point. Her appearance is not the focus of her character. She spends the whole time in a space suit, allowing the world around her to command our attention.

The stark contrast between the first two worlds in particular is so extreme it’s almost jarring. Games like Monster Hunter are famous for sending the player to vastly different biomes, but this isn’t the same. Because the danger in each world is just as relentless, the initial comfort you may feel of finally stepping foot outside that cloying, claustrophobic forest is replaced very quickly by a sense of agoraphobia. You want to go back in, to the tight, comparative safety of the flora.

It’s a clever move on Housemarque’s part. Give you what you think you want in that moment, only to have it be no safer, no more secure than what you’ve previously known. Returnal is able to do this because it maintains a very clear atmosphere, even when the aesthetic changes. Even under the red-tinged sky of that barren desert, the enemies and their projectiles remain vivid and distracting.

In a year of games that have either embraced an almost child-friendly style (Rift Apart, It Takes Two, Kena, Lost in Random), or stayed true to the realism that has made them successful (Call of Duty: Vanguard or Death Stranding: Director’s Cut), Returnal stands out by not only being vividly unique but also staggeringly good-looking throughout, and for that reason it’s our number one pick for Best Visuals in 2021.

Senior Content Editor Mick has been playing games for over 30 years and writing about them for around 12. After drifting from site to site for a while, settling briefly at the now-defunct Made2Game and freelancing for the gone-but-not-forgotten NintendoGamer Magazine, he came at last to rest at Godisageek. Mick has been a reviewer, staff writer and content editor here for some time, while also moonlighting a little for Red Bull Games. He has 4 kids, has written 2 novels, and sometimes even manages to pay a bill or two. You'll usually find him defending the galaxy in Destiny 2, battling evil in Diablo 3, or lurking in the background on Twitter. Find him there @Jedi_Beats_Tank, or on XBL (JediWaster247), PSN (Jedi_Waster) or Nintendo (JediWaster).
MORE LIKE THIS
GOTY 2021housemarqueps5returnal