EA Originals has been one of the best initiatives in recent years. There was this year’s It Takes Two, but also Fe, and Sea of Solitude are wonderful games. Lost in Random is no different. Granted, there are some issues that started to get on my nerves, but the ingenuity in the combat, and the art style are so good. I previewed it last month, and afterwards I wanted to travel further into the six worlds ruled by the evil Queen. There’s no denying there’s something inherently special about what Zoink! has made here, even if there’re a few hiccups along the way.

CHECK THIS OUT: The Artful Escape features a thrilling adventure through the cosmos

Lost in Random: A wonderful world

The story of Lost in Random sees a young girl called Even living in one of the poorest realms in Random. On her sister’s twelfth birthday, Odd is whisked away to live alongside the Queen. Even is devastated, but nobody seems to care, not even her parents. One whole year later, Even sees a ghostly figure that draws her away from Onecroft and takes her on the adventure of a lifetime. There’re so many weird and wonderful characters to talk to. Drawing inspiration from Neil Gaiman and Tim Burton, these monstrous individuals aren’t always welcoming, but they’re certainly interesting. 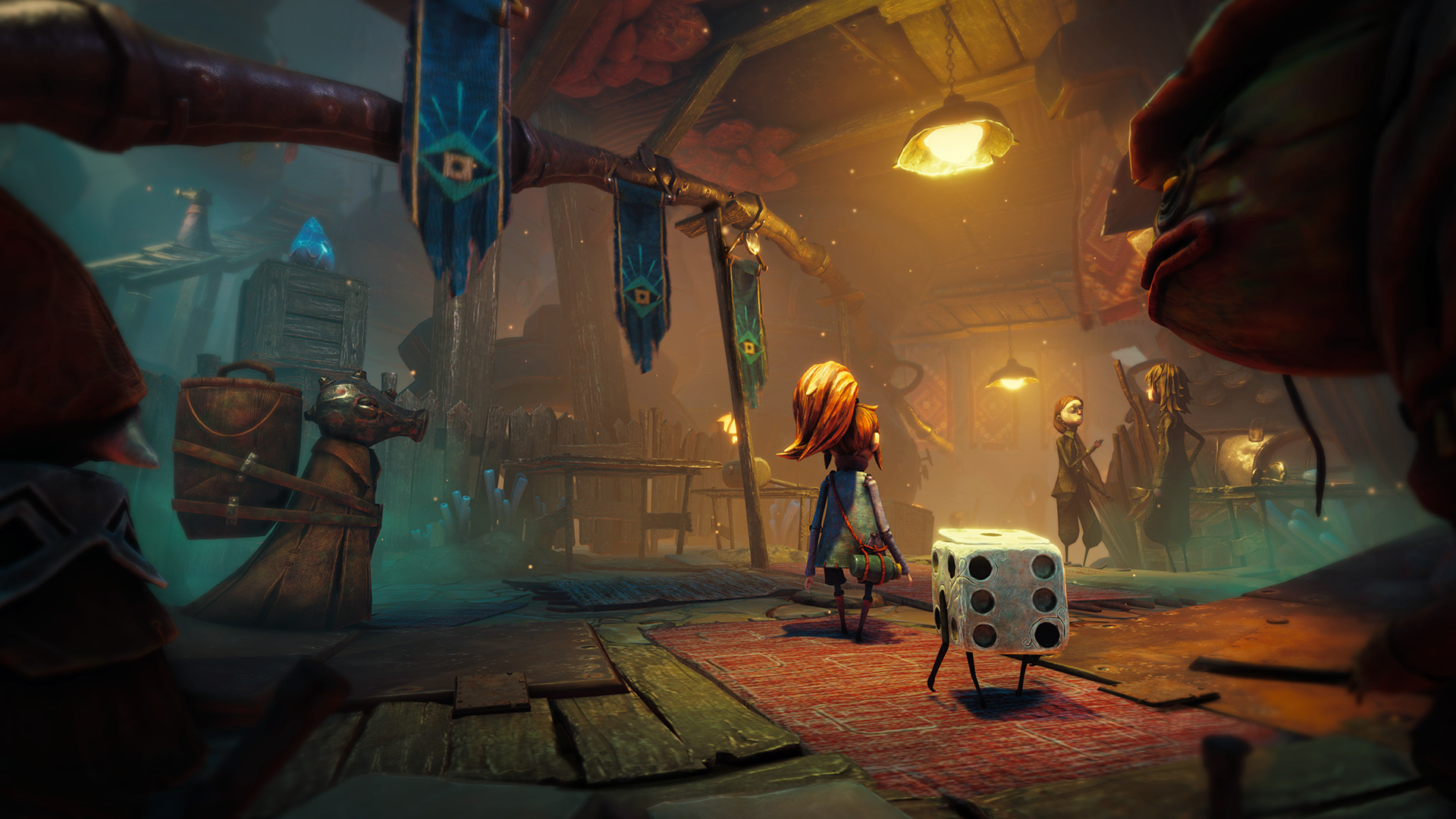 Each area is blocked off by a huge door, and the only way to get through them is to roll the corresponding number. The problem is, your pal Dicey doesn’t have all his spots yet. Upon finding Dicey in the Valley of the Dice, Even strikes up a lovely relationship with the guy. Until Dicey came along, nobody had seen a dice, other than the Queen’s. The reason they’re so special is because of their magical powers. This magic is what makes the combat one of Lost in Random’s best features.

A full house of features

When you partner up with Dicey and get your first hand of cards, battling the Queen’s soldiers and other creatures is awesome. There’re deck-building mechanics that you utilise when picking your methods in combat. Throwing Dicey takes you to the Dicemension. Depending on what you rolled, you get Card Tokens to use on cards within your deck. For example, if you roll a two, you can play a card with the same token score in the top right corner of it. A lot of the cards in Lost in Random are so cool. You can play card that makes Dicey explode; spawn a powerful bow and arrow; call upon other beings; and create shields and slow down time. There are loads more as you progress through the realms, and building your deck is all part of the fun. 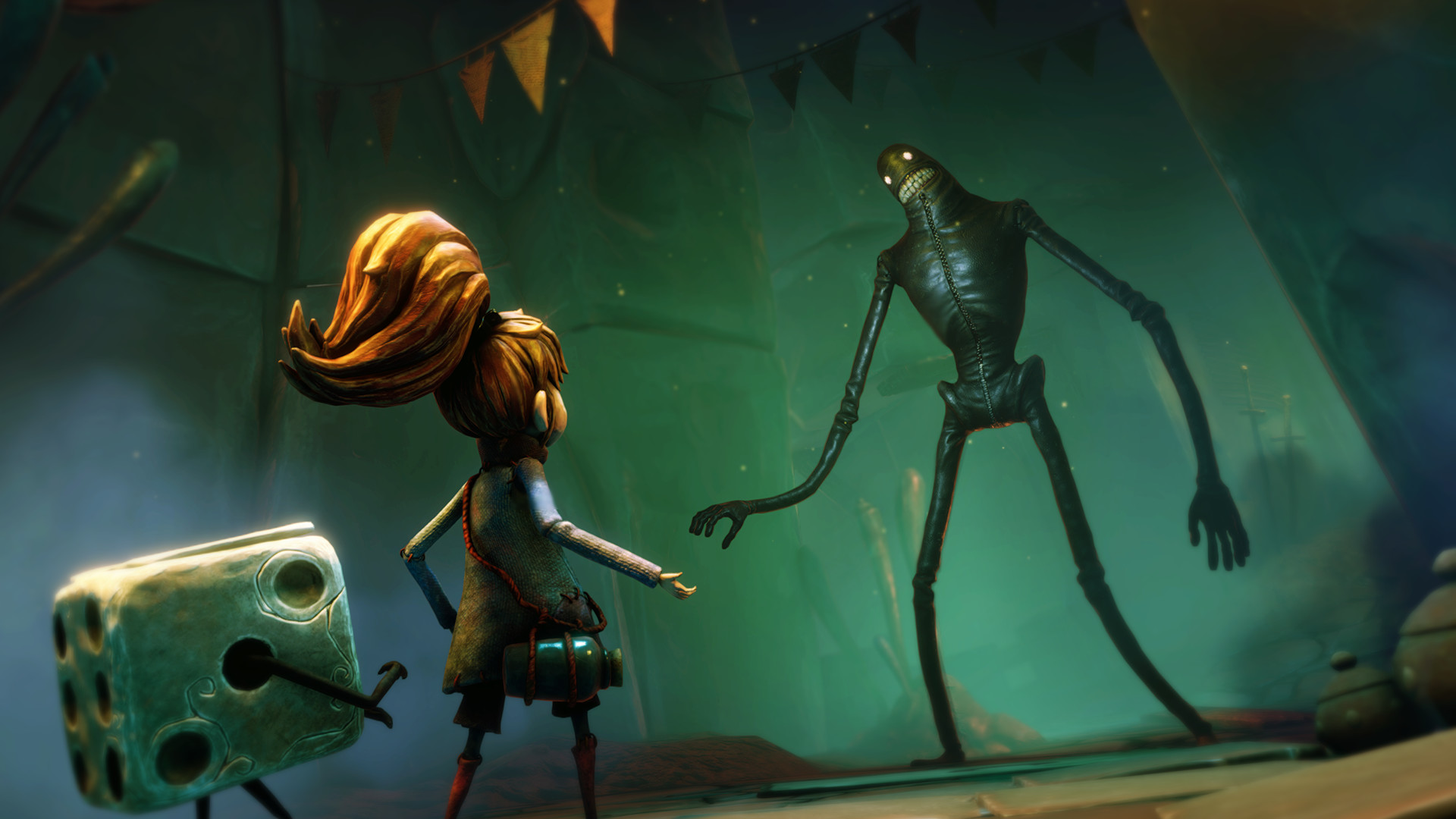 To be able to throw Dicey, you’ll need to use your slingshot to knock off crystals from enemies. Sometimes the battles can be overwhelming. Crystals may be out of reach for you, but you can send Dicey out to get them if you’re in a pinch. The more crystals you collect, the more cards become available from your deck. When you are facing a large amount of enemies, combat can become frustrating as you’re rolling low, or misuse an ability. However, this is all part of the planning. Learn an enemy’s weakness, think smart, then let them have it.

Lost in Random: Board games galore!

Throughout the realms, you’ll not only fight multiple bad guys. Board Game Arenas open up, providing another way to not only battle, but use your cards. Getting a board game piece to move around a makeshift board is done by rolling Dicey in exactly the same way as before. Therefore, enemies spawn and come after you, but certain opportunities arise which let you slow them down or knock them off track. New cards can be bought that can impact how a board game piece moves. These moments offer a nice distraction from the story’s main progression. 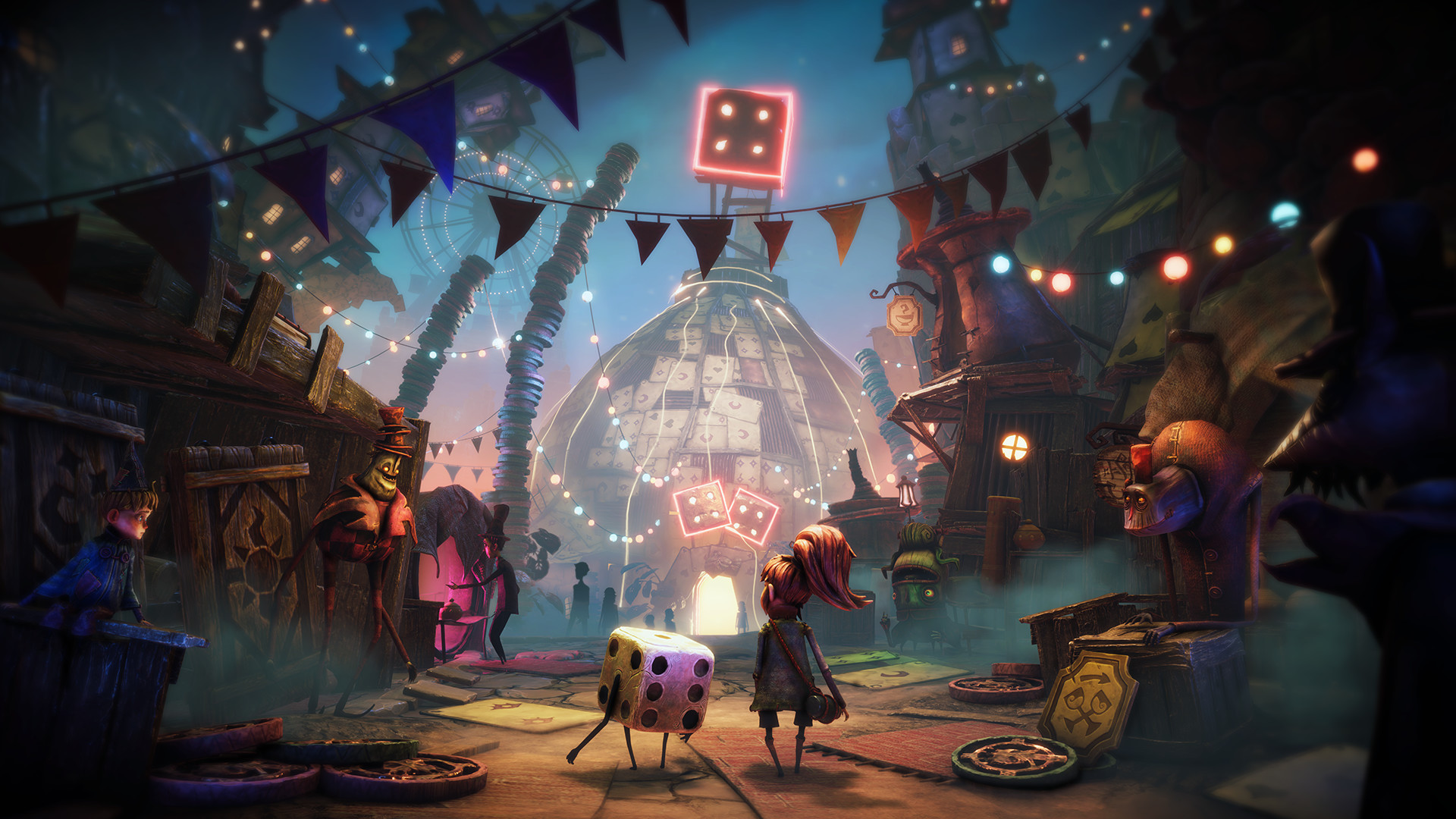 Along with these board games, Lost in Random features side quests and puzzles that offer plenty of variation. They give you more of a reason to explore every nook and cranny throughout Random. You may find a character you would’ve missed, or an opportunity to earn some coin to buy new cards. Each realm is gorgeous, and the art style continues to impress the more you progress. Whether it’s the design of an NPC or the way the environment is filled with detail, I was in awe of just how magical and unsettling it was.

Movement is a problem

Despite having impressive visuals and a smart combat system, Lost in Random suffers quite a bit with its movement. It is in no way buggy, but jumping down from a platform or climbing down a ladder is clunky, and running often leads you into walls. It just isn’t as responsive as it should be. Maybe it doesn’t help when you’re turning around and the camera is a bit sticky, but generally, I was frustrated with how Even makes her way around Random. It’s not so bad when you’re walking, but with a lot of ground to cover, you’re going to need to move a lot faster. 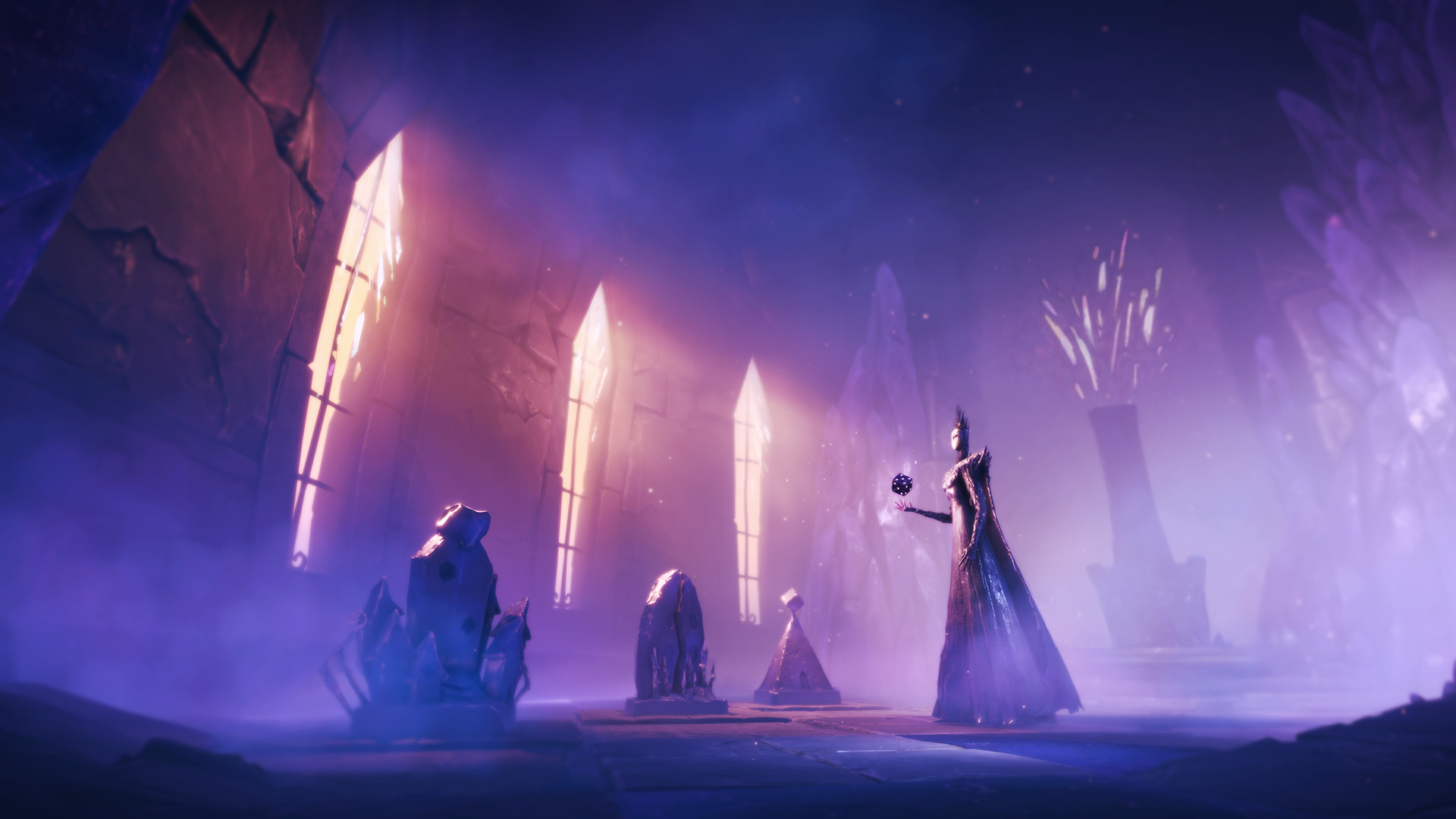 Despite these issues, Lost in Random is an inventive and impressive game. The combat is so clever, and the ability to build your deck of cards throughout gives you more of a reason to find as much coin as possible and find the nearest Mannie Dex vendor. It looks incredible, and has a warm story at its core, even if it’s quite emotional and dark at times. There’s plenty to love about it, and I’m sure a lot of people will be talking about this at the end of the year.

Clunky movement
Some battles go on for too long

Despite some clunky movement, Lost in Random features smart combat and a world filled with wonder, mystery, and excitement.