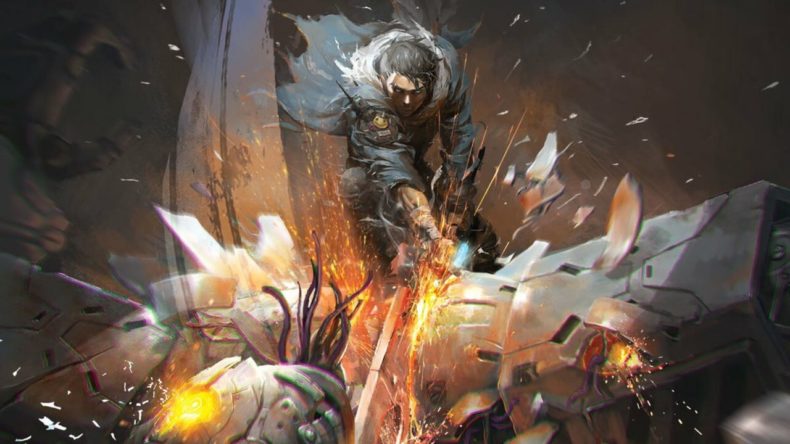 Before I start I should point out that I don’t hate Ultra Age. It’s important to say this early, because I certainly don’t have a lot of glowing praise for it. But it is a budget title, and will only set you back around 25 quid on PlayStation 4. As such, I didn’t go in expecting to be blown away, despite the trailers doing their best to sell Ultra Age as a cross between Final Fantasy and Devil May Cry.

You play the part of Age, a young man sent on a perilous mission by an organisation called Orbit. Age has only a few days to live, but if he completes the mission he will be granted eternal life by Orbit. Accompanied by his AI companion, Helvis, Age explores a dangerous frontier world armed only with his transforming blade and energy whip. 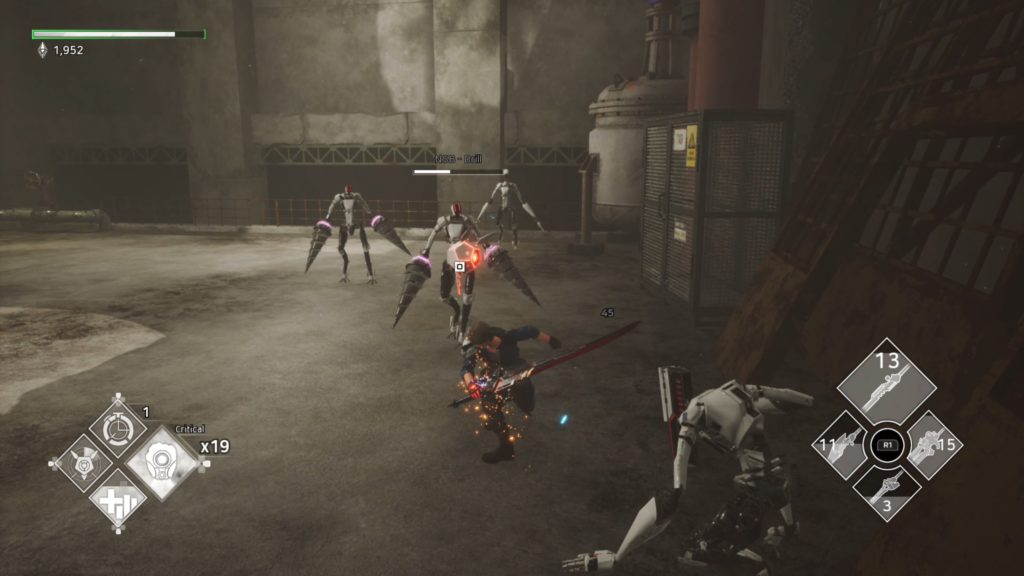 Right away, Ultra Age attempts to get us up to speed using awkward exposition as the characters make their way towards a huge spaceship in the distance. The dialogue is pretty awful, perhaps as a result of poor localisation, but certainly because of poor delivery. The voice acting is painful. I was reminded of the line delivery in the original Resident Evil, but I think this is actually worse. Age’s voice actor speaks perfect English with the air of someone who has never actually put words into a sentence before. His inflections and emphasis are all over the place, and the supporting cast are no better.

Either way, the star of the show is the combat, not the story. For the most part, Ultra Age’s swordplay is fun in fits and starts. After his sword is broken, Helvis shows Age how to repair it using mysterious coloured crystals. These come in various hues, but the four main colours are white, red, yellow, and blue. Collecting crystals charges the blade, and allows you to switch between four forms: broadsword, Katana, claymore, and lightning blade (not sure why they couldn’t just call this falchion or scimitar or something creative). Helpfully colour-coded enemies are weak to the corresponding blade, as are environmental barriers. 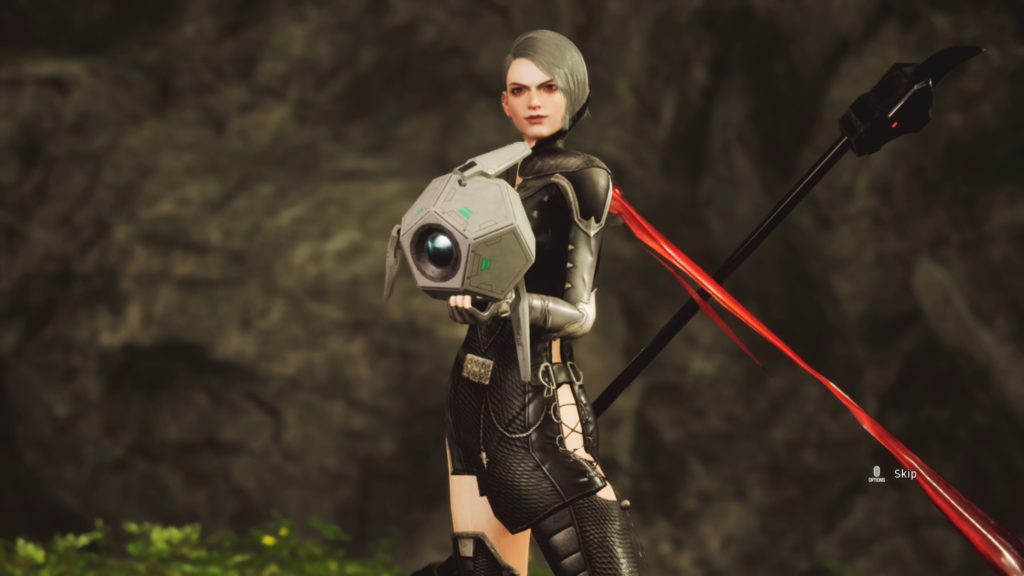 The basic gameplay loop is that you enter an area and make your way through a series of almost identical rooms, fighting handfuls of enemies that appear in convenient waves and often literally just drop in from the sky. You fight to earn enough resources to level up your gear, blade, and companion at save points, and then continue until you reach a boss. Death sends you back to the last save point, takes away half your currency, and respawns all the enemies. There’s a definite sense that someone on the dev team was really pushing to make Ultra Age a Soulslike but lost the argument.

Almost all fights with grunts can be won by hammering square and triangle to perform combos and tapping whichever button pops ups in the hard-to-see prompts. This triggers special dazzling special moves that deal huge damage and can clear out whole groups in seconds. Every now and then though, you’ll come across an enemy that can kill you in two hits and takes an actual age to defeat. Your blade suddenly does fractional damage, and you’ll need to chain attacks and dodges to stay alive. The problem here is that the combat system is just not precise enough to nail every dodge, and the unwieldy camera, even when locked on, often results in you not being able to see, or getting smashed in the back by other enemies. 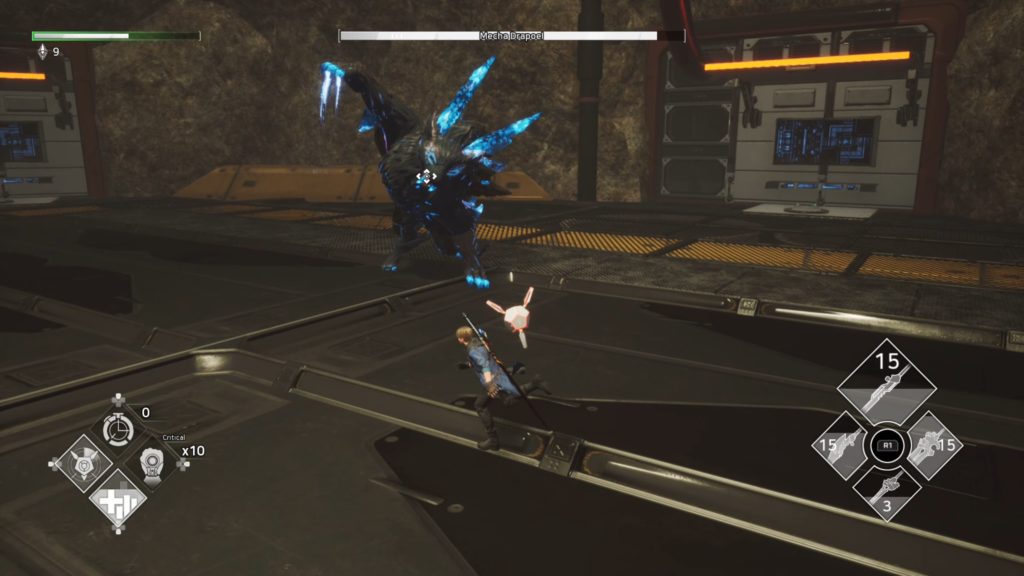 Bosses are an absolute headache. Often you’ll see in moments how to beat them, and then will spend the rest of the fight battling the awkward mechanics, stubborn camera, and weird boss AI until you eventually win. Most of the time the runs back to try again aren’t too far, but there’s more than one area that simply doesn’t give you a place to save. Or if it did, I missed it. As a result, death would send me to the start of the area and I’d have to slog through it all again. In some areas there are teleporters, but they genuinely allow fast travel to points two rooms away and are almost utterly useless.

Other crystals fill up your Energy, which allows you to heal a few times, or travel back in time by 12 hours, which refills crystals and allows you to gather more resources. It’s such a weird mechanic and no one seems to make a big deal of the fact that time travel is possible. It has no other applications in the game or in the world. Finally, you have the ability to find and collect items in a wider radius or activate a hyper mode that makes you more powerful until the meter is empty. Neither seem to have a solid impact on the game. 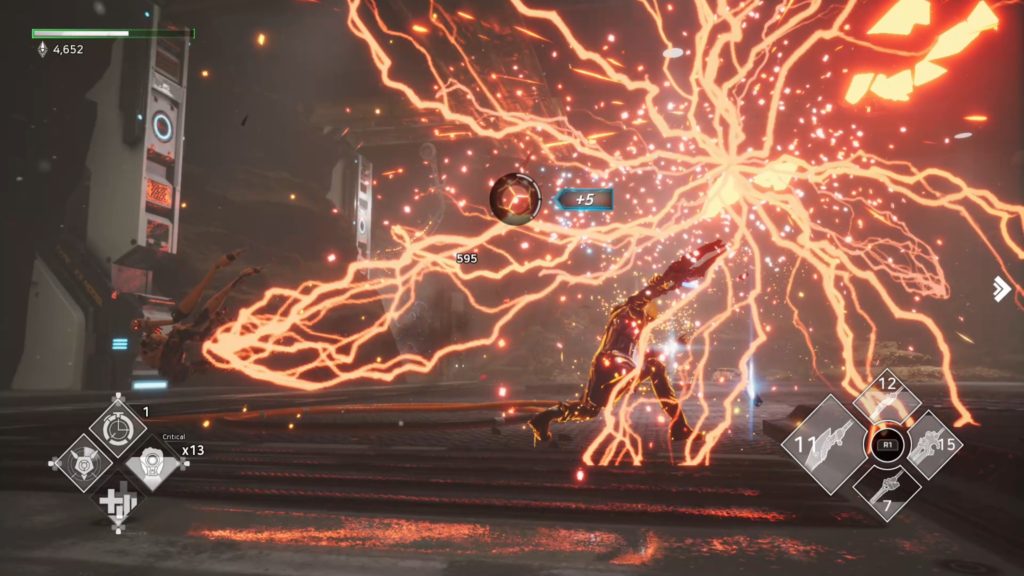 The only thing that does is the energy whip, which allows Age to grapple to higher levels, gather resources from far away, or drag enemies to him. I mean, I get it. It’s nice to have options, but it feels like such an afterthought that it’s not even really explained. It’s just something Age has from the beginning of the game.

I won’t suggest that no one will enjoy Ultra Age. It’s a simple enough action game with enough challenge to engage people, but it’s just not very well put together even for a low-budget title. I’ve seen small teams with low budgets make some incredible games, and Ultra Age just isn’t on a par with them. The difficulty spikes stop it from being totally mindless, and yet the rudimentary upgrade trees and repetitive combat lack the nuance of the games it attempts to emulate.

It’s a cliché to say a modern game looks like something from the PS2 era, but this really does. The character models are stiff, the environments are bland, dull, and empty, and the animations – besides Age’s acrobatic swordsmanship – are just not very good. On the whole, Ultra Age is a hard game to recommend anyone pay for.

Combat can be fun in small doses

Ultra Age is a frenetic, action-packed adventure, but it's let down by poor visuals, a dull story, and imprecise combat.