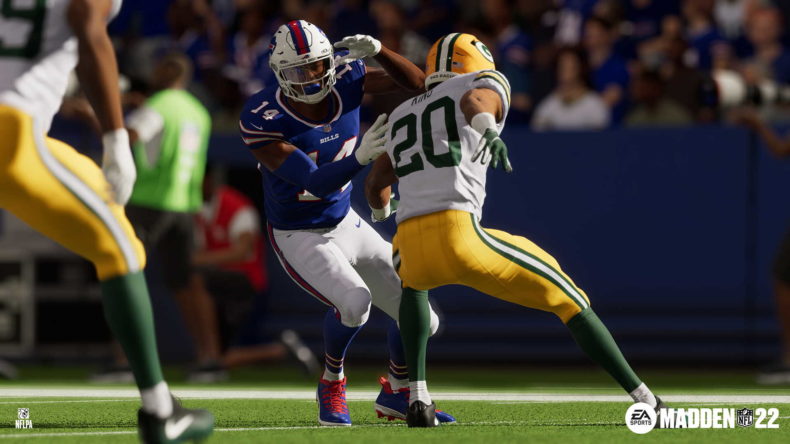 Just like every single year I dream that maybe, just maybe, the shambolic New York Jets can pull a winning season out of the bag, long term fans of Madden dream of a return to glory for the decades-old annual sports stalwart. There are undoubted improvements from the lacklustre 21, but are they enough to represent a true leap forward worthy of your hard-earned cash?

As with many EA Sports yearly updates, the changes and new features are implemented in a scattershot way. It looks lovely, let’s start there. Some have complained about the chaotic menus and flashy interface, but I found it fresh and exciting. There are loads of accessibility options, which is nice to see. On Series S, this is a seriously pretty game of Madden that is as close to a live telly broadcast as I am going to get outside of my NFL Game Pass App.

Madden NFL 22: many modes as usual

Exploring the various modes sees mixed results. Face of the Franchise has, if anything, taken a backwards step. A weak plot, where a meaningless trawl through a couple of college games before entering the NFL is about as interesting as it gets. It’s not ideal in this day and age where the NBA 2K games have such an immersive and cinematic story mode. The new ability to play defence is cool – but it’s not enough. Thankfully, the main Franchise mode is much improved and the best it has been in years. 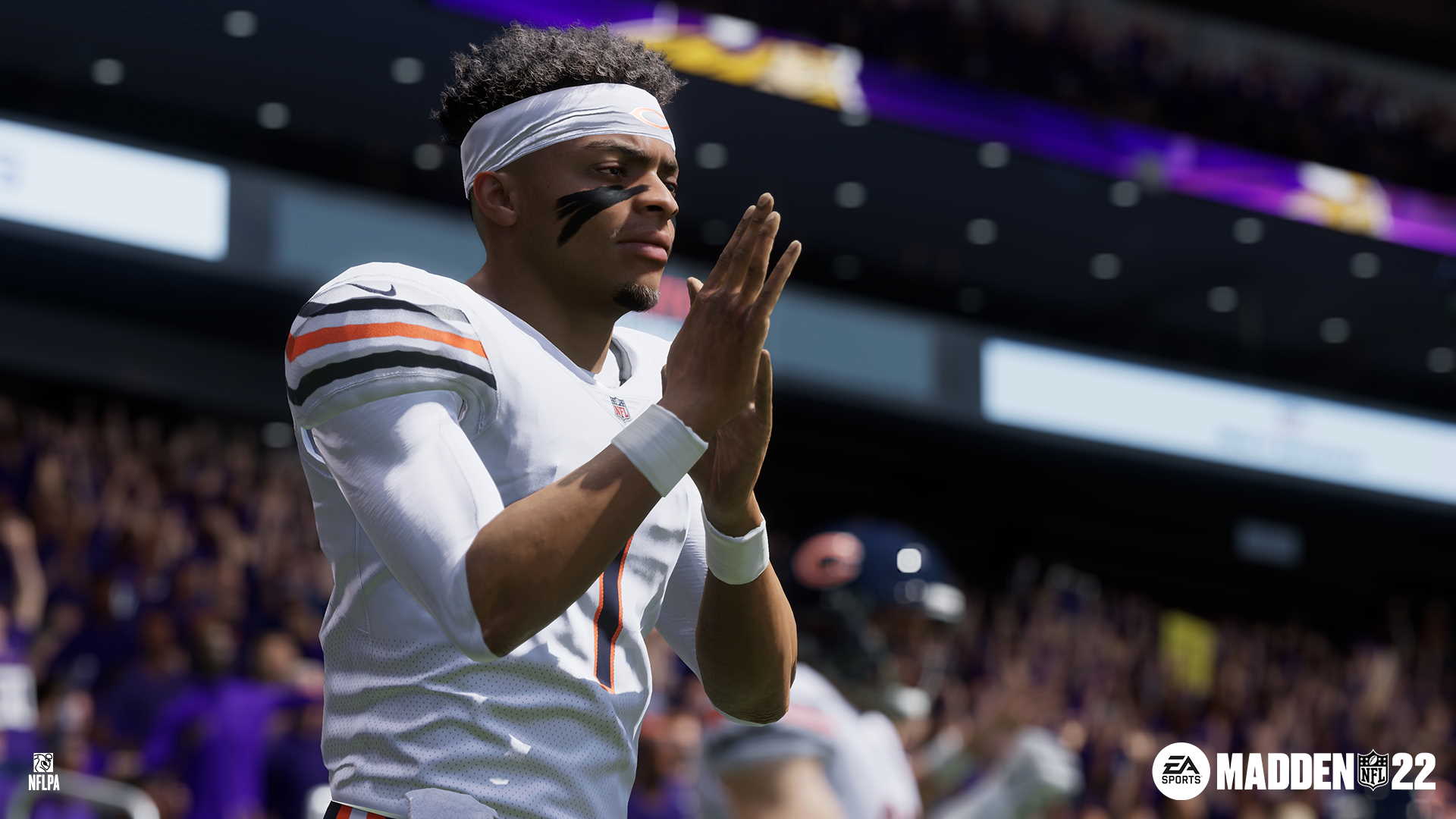 You now have more control over the entire management of the team. From the scouting right through to the offensive and defensive coaches. The ability to really scout college players in depth is excellent. And there are RPG-style talent trees that enable you to earn points and improve each discipline of your team. There are also player classes and physique types which you can choose from when creating your own player, as well as the ability to equip X Factor and Superstar abilities. When you create your own gridiron badass, the stats and progression carries through on each of the different game modes, including the still-enjoyable The Yard, Face of the Franchise, etc.

Is The Yard still great?

The Yard was something I liked last year and here it has an expanded campaign mode with missions and challenges. It is particularly fun in co-op mode, and dispenses almost entirely with simulation in favour of proper NFL Blitz arcade shenanigans. Ultimate team is as always, a controversial discussion. You can play it without spending money, but there is a chance that if you are into it, and love the NFL, then you probably will. Even though you have done this year after year. 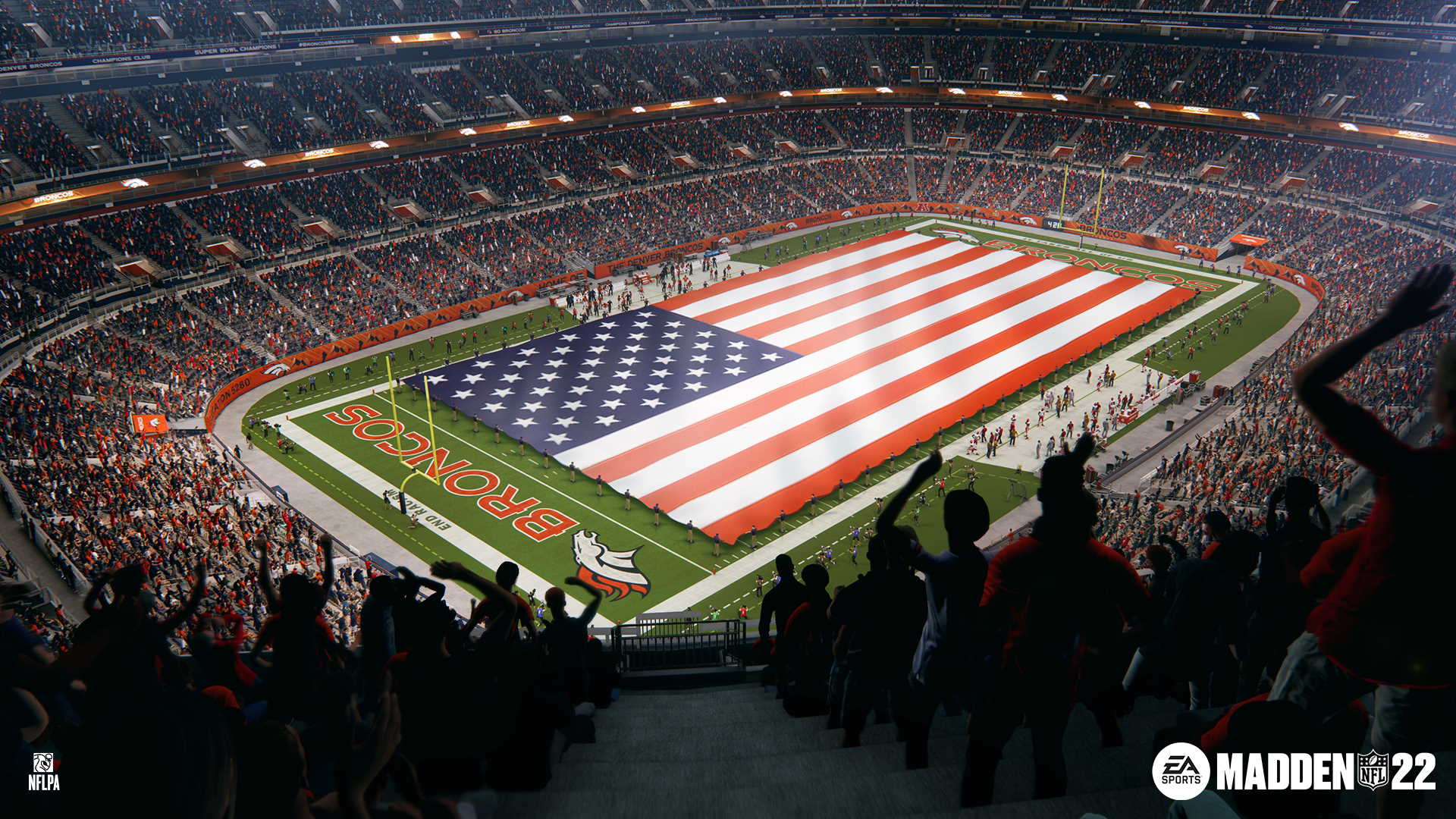 The nice thing about it here is that it has a great tutorial-style learning curve that introduces new players to the compulsive card collecting and team assembling without baffling the mind too much. We have to accept that in-game transactions are here to stay, whether we like them or not, and the reality is, those who pay will have a better experience.

Core gameplay wise the special X Factor and Superstar abilities return, and award buffs to the key players in each team. As you would expect, true phenoms like Brady and Mahomes are among the best players in the game, with the latter and his otherworldly understanding with Tyreek Hill almost unplayable at times, just as they are in real life. Some of the X Factors are logical such as Mahomes’ Bazooka which increases throwing distance, or Freight Train – which allows Derrick Henry to smash through tackles. Sometimes, the abilities move things a little too far away from simulation than I would like, most notably the Gambler allocated to Aaron Rodgers, which enables passes in Madden NFL 22 that cannot be picked off. 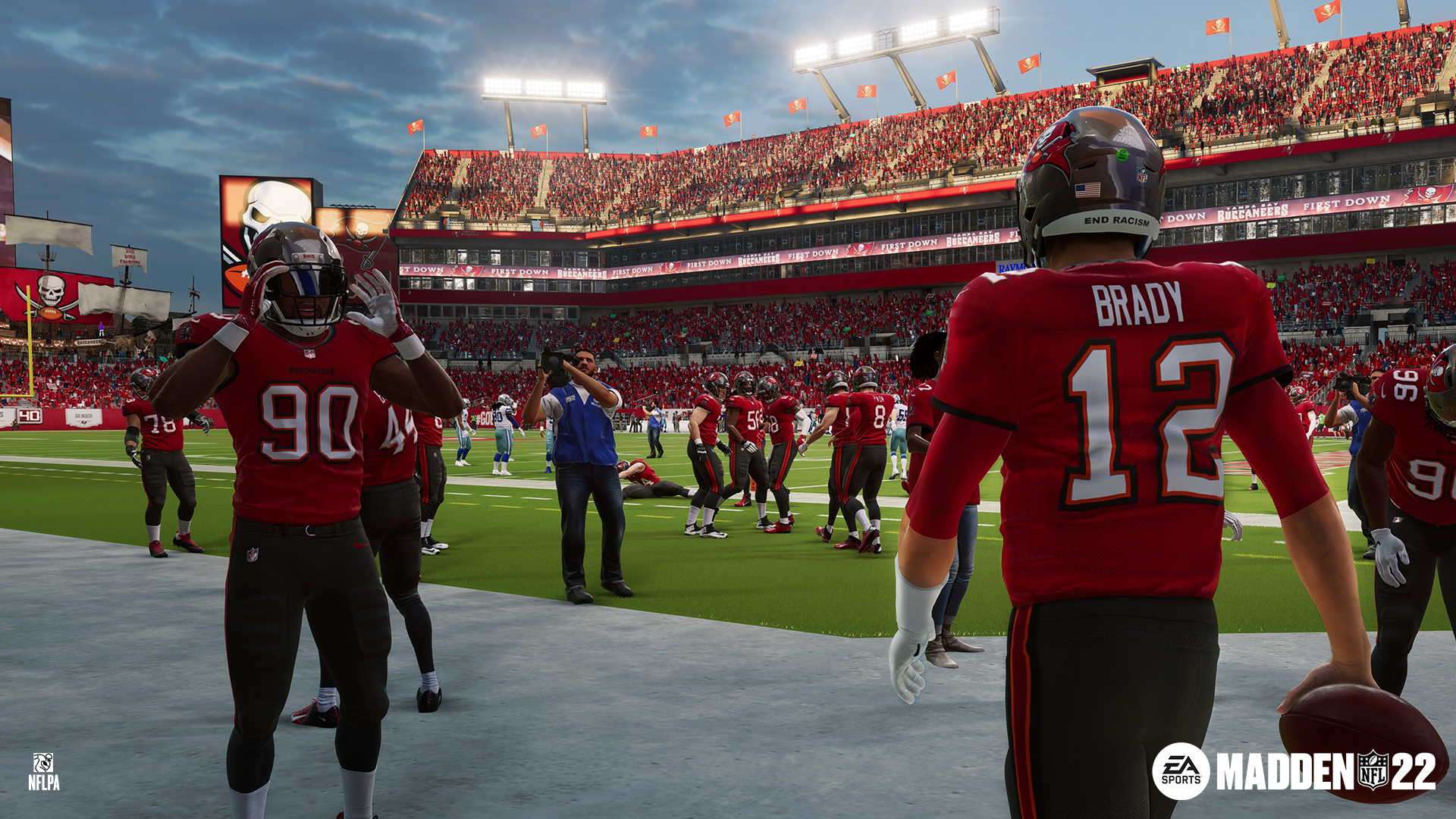 Brought back from the old NCAA games is the concept of a home field advantage. Renamed “M Factors”, these are mostly in keeping with history and tradition, and how things are in real-life stadia, or at least the ones famed for their banging atmosphere. Seattle fans have always been known as The 12th Man – and here they can trigger an M-Factor called “The 12” which when unlocked will distort the play book artwork on the third and fourth down to simulate the pressure that their raucous crowd can create.

In matches you have a Momentum Meter which is affected by how well you play, with big plays literally swinging the momentum in your favour. With this excellent Gameday atmosphere and live-action updates on player stats as the season progresses, there is much to look forward to.

Madden receives a kicking each year regardless of what changes EA and Tiburon make. But it seems the developer listened a bit to the voices of dissent as what I am feeling here is a much crisper and user-friendly game than the buggy mess of last year. I will be playing this one throughout the season and very much looking forward to seeing how that pans out. Sadly, I cannot say the same for the Jets. But there is always next year.

Our Score
7.5
SCORE OUT OF TEN
7.5
You may also like
EAea sportsPC