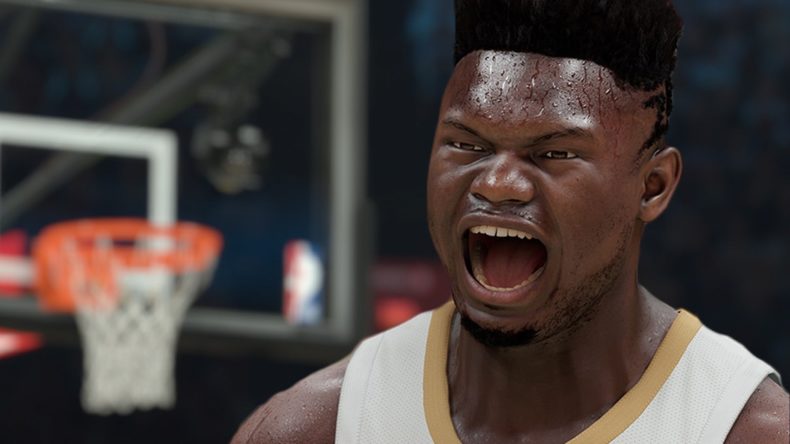 When the trailers started to drop for NBA 2K21 on PS5 and Xbox Series X|S, I began to salivate. It was so difficult trying to work out if I was watching actual gameplay or highlights from the NBA season. It certainly looked the part, and not only were the visuals on another level, 2K began to announce a slew of new features that made it feel as though the next-gen version of NBA 2K21 would be a completely new game. I enjoyed it on PS4, but like most sports games this year, it didn’t feel fresh, and many of the lingering issues were still present.

Thankfully, NBA 2K21 on PS5 offers some great additions to that of the previous generation. It’s far from perfect, but it’s taking a solid step in the right direction for years to come. Perhaps the biggest issue for me is not having enough VC to get the most out of the updated MyCAREER mode, ‘The City.’ The Neighborhood was relatively small and also very much the same as last year’s, but with the promise of an MMO-type world to explore, with plenty to do and tons of cool stuff to buy, I was keen to try it out.

Before you get to go to The City, you have to level up to Pro 1. In theory, this shouldn’t take loads of time, but the biggest problem with it isn’t 2K’s fault, but the player base. A lot of players you team up with are too focused on scoring. They don’t pass, attempt to rebound, or even defend. They’ll grab the ball and charge to the basket to make sure they score. Playing well in all categories helps you to level up, but winning a game becomes more beneficial as you’ll gain much more XP. 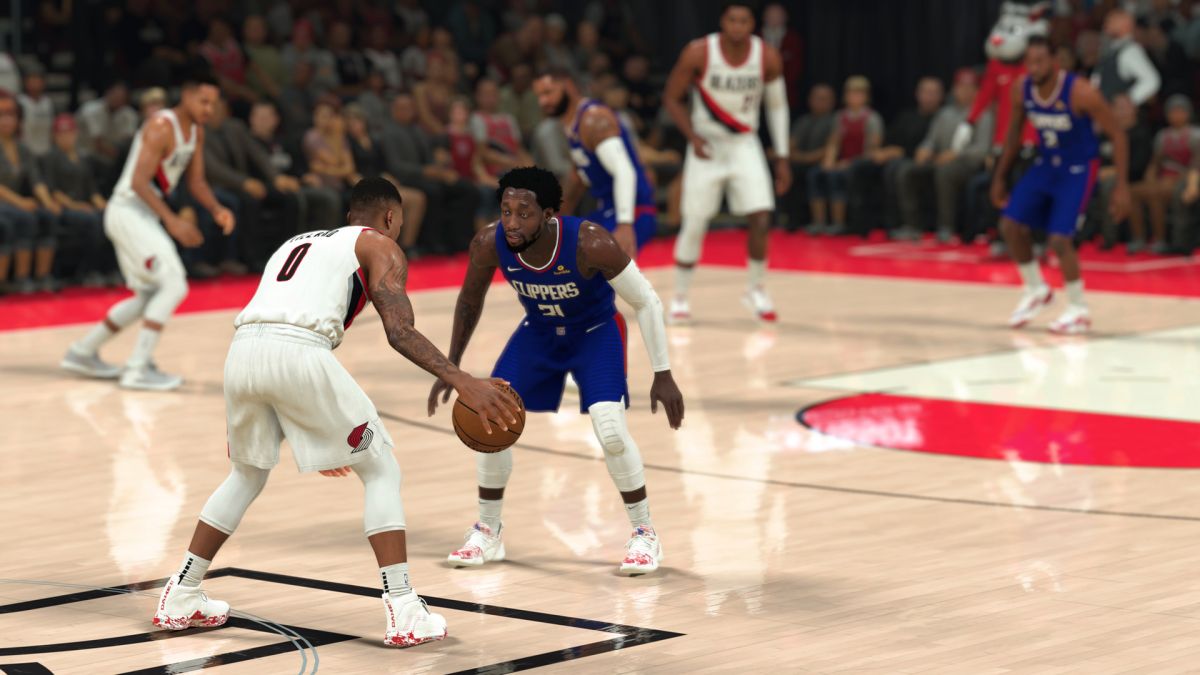 For someone like me who spends his skill points to balance my player, it’s disappointing when others focus it all on layups or dunks or purchase VC to level up automatically, instantly putting others at a disadvantage. Needless to say, I headed to The City, and the first thing I noticed was how bare it was. Yeah, there’re lots of shops and stalls, tons of opportunities to play some basketball, but everyone is focused on the street courts. Getting from one area of The City to another takes time, and if you haven’t got 65,000+ VC to buy a bike or scooter, you’ll be doing a lot of running. Still, there are plenty of NPCs to chat to who will give you quests that once completed, reward you with some VC.

You’ll end up being drafted into an affiliation where you feel part of something bigger. There’s not a lot going on at the minute, but I fully expect more content to be added to make this new feature an important aspect in the future of the game. With so much to do and so much to buy, you’ll struggle to earn enough to balance between building up your character and deciding what new shoes or clothes to purchase. The inclusion of the G-League in 2K’s story mode gives you an added branch to Junior’s arc, but other than that it’s the same old story.

Whilst The W adds an WNBA career mode, you can’t take the character into The City. It’s still men only, and I have no idea why. Not only will it make the area feel busier, but it’s street basketball. There are no real rules, and those that exist would allow both sexes to play together. Hopefully, this is something that gets added either at a later date or for the next iteration, because I feel like 2K are missing a trick there. Another problem with The City is the gameplay. It’s never felt as tight as it is when playing offline. I also suffered some lagging online, which wasn’t down to my internet. It caused the game to pause and my player giving a turnover due to my inability to play. 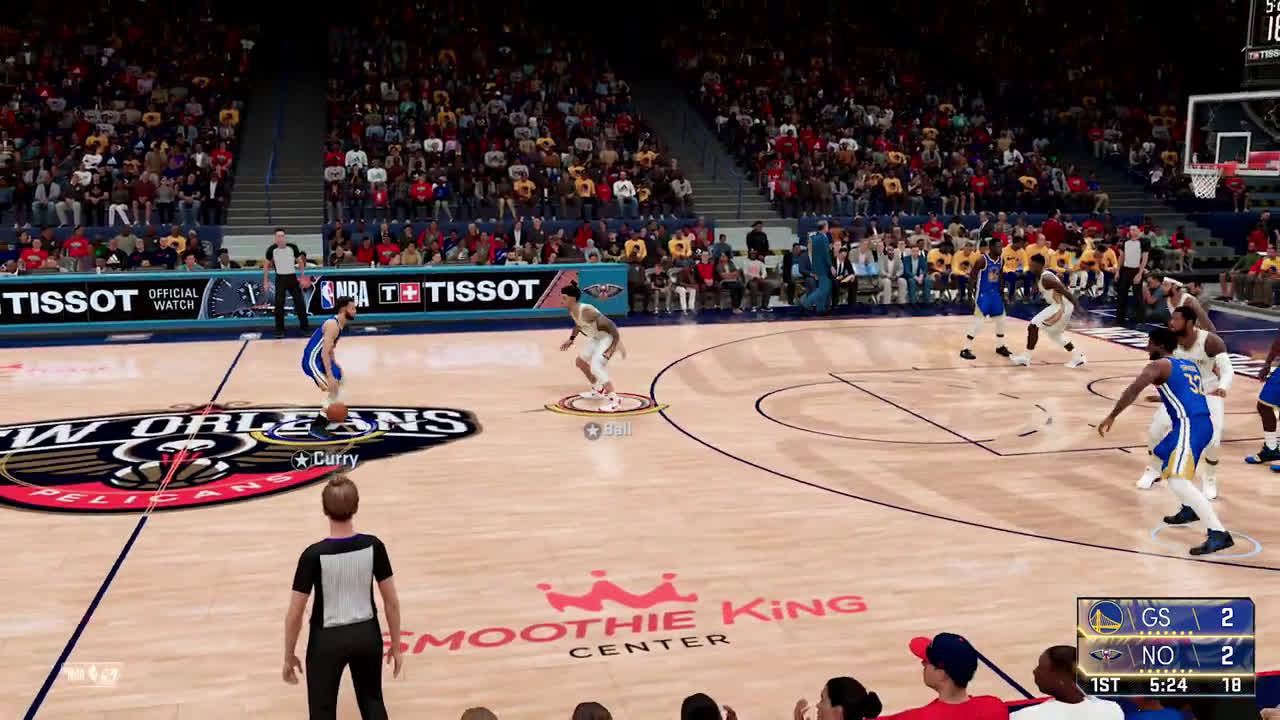 In terms of gameplay away from The City, NBA 2K21 on PS5 feels more realistic. Players move exactly as they do in real life, and the same kind of issues you’d encounter when playing against powerhouses like Anthony Davis or quick ballhandlers like Kyrie Irving exist. The need to adapt feels more prevalent, and adapting your tactics every match is a necessity this time around. NBA 2K21 on PS5 takes into consideration the player’s speed and power, and you feel it every time. Running to the hoop and trying to get past a heavy-set centre, or trying to out-pace a solid defender like Jrue Holiday or Marcus Smart is now tougher than ever.

The haptic feedback on the Dualsense controller is both a blessing and a curse. It’s the only game so far that I’ve heard the rumblings inside the controller drown out the audio design of the game. Posting up or facing an opponent’s charge to the rim is felt significantly, and when you’re tired you feel the resistance in the right trigger. It took a bit of time to get used to, and some vibrations were too aggressive to appreciate. I hope 2K manages to sort these minor issues out because it works really well most of the time.

Another important improvement to NBA 2K21 on PS5 is just how good it looks. The trailers weren’t just showing off the best parts, as almost all areas have been improved. Top stars look life-like, and the way they pull-off trademark jump shots and crossovers look insane. The action all over the court looks amazing. Seldom players are clunky, and moving around the basket is more fluid than ever before. Some players seem to look worse than others, as if old character models have just received a quick touch-up, but generally the entirety of the NBA has been designed to perfection. 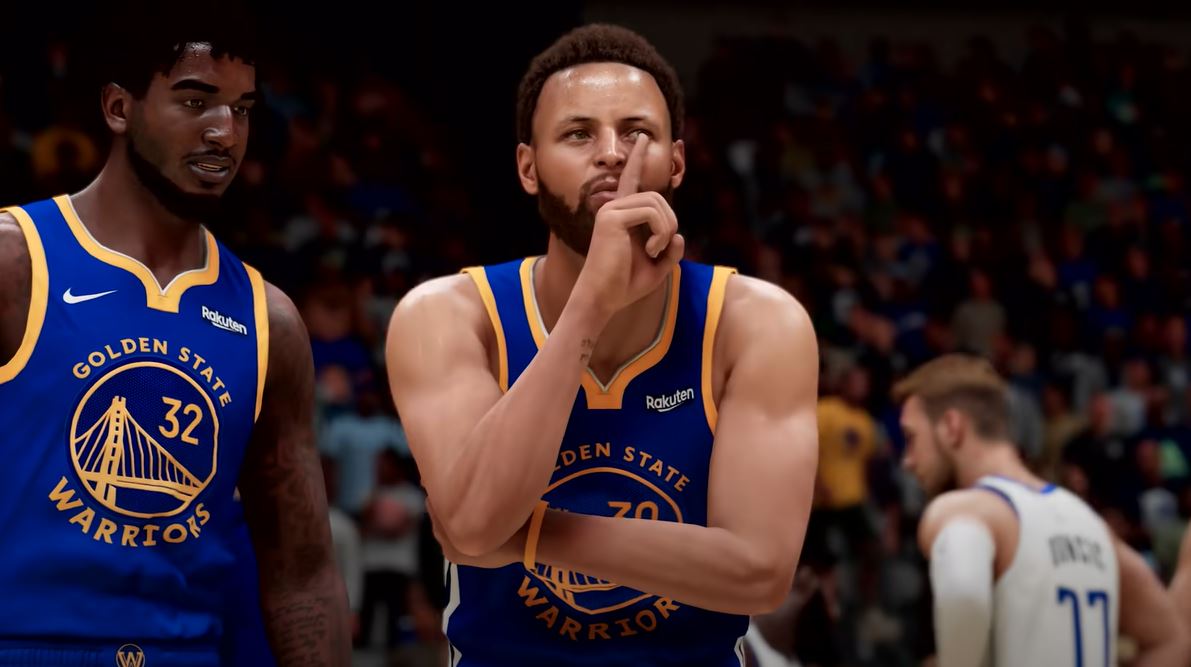 I’ve not spent a lot of hours in the streamlined Franchise Mode, but you can tell the difference. MyGM and MyLeague have been thrust together, allowing you to have as much or as little control over the backroom stuff as you want. This is something I’ve wanted for a while, and as soon as the new NBA season starts on December 22, I’ll be updating the rosters and diving straight in. MyTEAM is very much the same, which is a good thing. The new systems that reward you for playing are a great addition, and having such good load times makes this mode worth spending time in.

Load times everywhere are superb. If any game suffered from some long waiting times between matches, it was the NBA 2K games of old. Thanks to the power of the PS5, you’re only having to wait a few seconds before getting into a match. With all the new additions found in NBA 2K21 on PS5, there’s a lot to love, however, there’s definitely room for improvement moving forward. One thing 2K do a fantastic job with is its post-launch content and support, so I expect to see plenty coming over the next few months. Whether they do or not, NBA 2K21 on PS5 offers the most rounded and advanced basketball experience out there, and I can’t wait to take the Boston Celtics to the play-offs.

NBA 2K21 on PS5 offers a big improvement to gameplay, and whilst the inclusion of The W is great, The City needs more time to grow. Gameplay is superb when not in The City, and the combination of MyLeague and MyGM is a welcome change to a flagging mode.