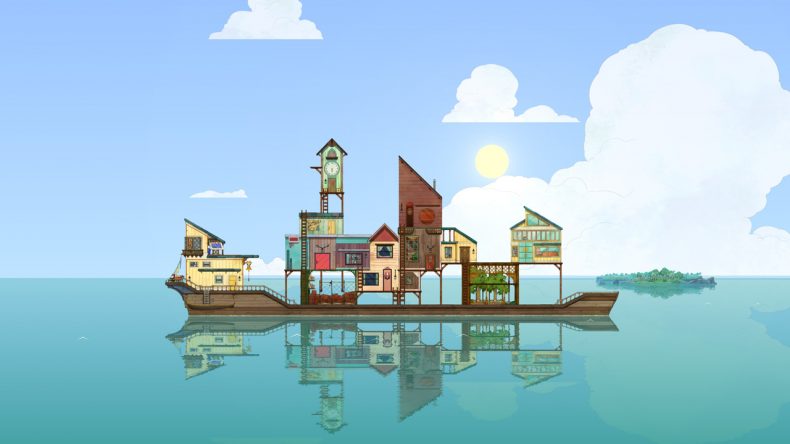 The Game Developers Conference didn’t go ahead this year, for obvious reasons, but that didn’t stop a digital version of the event from happening. As part of this, Steam hosted a rather large number of demos for upcoming indie games and I decided to jump headlong into them.

Some were great, some weren’t my cup of tea at all, and some spoke of their potential but required more polish. Considering some of these titles aren’t due until later this year, that’s understandable.

But of the many I played, half a dozen of them piqued my interest enough to either end up on my Steam wishlist, or were simply interesting enough to feature in this here article. I best get to talking about them then, eh? Remember the gore of 80s horror films, as people were torn apart by monsters of all kinds? That’s the kind of disgusting, over-the-top bloodbath that Carrion aims to recreate, only there’s a twist: you’re the monster.

As some kind of amorphous blob of viscera imprisoned by humans, probably experimented on by the looks of things, the aim of the demo was to escape the facility. The blob is not very sizable at the beginning though, so feeding is required. That’s where things get real messy.

Carrion is side-scrolling, but you’re rarely restricted in your movement as tendrils of crimson sinew dart out and pull you in whatever direction you choose. You can also use a combination of the right stick and right trigger to grab things like vent covers, but mostly to grab people. From there on out, it’s nothing but horrifying screams and a showering of pixelated blood and limbs as teeth gnash at whatever poor soul has been caught in your grasp. It’s a game for which the squeamish need not apply. You do have to be careful of gun-toting security guards and even the odd fellow with a flamethrower, which often resulted in a screaming dash for the nearest pool of water, not to mention drones and other dangers that will destroy you in your smallest form. It’s only as you feed and grow, as well as learning new abilities, that you can even think about taking on the biggest threats.

It’s unclear just how much variety will be in the final game, whether it be in the form of more abilities or dangerous new enemy types, but this small chunk of Carrion was incredibly fun. As a fan of old horror movies, especially classics like John Carpenter’s The Thing, I am very interested in seeing how this one develops. Remember Titan Souls? You fought an array of giant creatures in a boss rush of sorts, with death never too far away. Eldest Souls doesn’t quite go so far as to murder you in one hit like Titan Souls did, instead opting for, perhaps unsurprisingly given its title, a more FromSoftware approach.

You arrive on an island ravaged by violence and death, beautifully conveyed via its pixel art visuals. You’re ready for a fight with giant sword in hand, and luckily the island does not disappoint. Soon enough, you’re locked in battle with The Watchdog, a big ol’ werewolf with a massive sword. Arrows and spears protrude from its back, proof of how hard it is to kill. It took a fair few attempts for me to get the hang of its attacks, dodging at hacking as I learned its patterns, mindful of my stamina. Not long after I eventually bested The Watchdog, I was talking to inhabitants of the island. Or rather, those trapped there awaiting either rescue or death. Eldest Souls certainly feels like it embraces that Dark Souls way of building a world through sparse dialogue and environmental cues, as well as sending its adventurers to the grave whenever it gets the chance.

Eldest Souls was probably my least favourite of this bunch, because by the second boss I was already finding it a bit of a slog. But that’s the thing about these games, isn’t it: you still find yourself wanting to go back for more.

And I do want to go back for more. You might have read the odd comic in your time, perhaps even seen the odd animated comic, but Atomic Wolf’s unique action adventure, Liberated, actually has you playing an interactive comic. The story is told via comic panels, lightly animated and filled with dialogue bubbles as it pans from one panel to the next.

When each gameplay segment begins, you aren’t watching a loading screen or anything, it simply pans to a panel and you’re playing. You can even still see the white of the paper around the edges of the screen. It’s really cool, I can’t lie. The gameplay itself is side-scrolling, similar to games like Flashback, but with a noir bent to its dark visuals. It has right-stick aiming, as well as some slightly awkward stealth that only sometimes works, but seeing “BLAM” popping up with every gunshot never gets old.

But it’s not just about the action. Liberated has puzzle elements that get the ol’ cogs whirring, plus a bit of light platforming that was a little hit-and-miss but, with a bit of polish, could work really well. What I played left me wanting more, as the demo teased its noir, cyberpunk tale of rebellion in a dystopian world. This was one of the most interesting demos I played during the Steam Game Festival, and a game that I hadn’t heard of before playing. In all honesty, it’s not even a game I’d traditionally enjoy, these days, but there’s something so endearing about Röki’s design and characters that I fell in love.

You play as Tove, a young girl looking for her lost brother Lars. It’s not specified what happened to him in the demo, but there are hints of some pretty dark things going on that belies the somewhat cute and colourful design. The Tree of Many (a giant tree made of eyes) speaks of Tove as some special person, possibly sent to break the cycle of whatever evil seems to plague this fantastical world. But all she wants is to find her brother. While not being a point and click adventure per se, Röki plays similarly to games like Oxenfree and even the Telltale games. You move Tove directly using the left stick (I played using an Xbox controller), but can still “click and drag” items by holding the A button and moving the analogue stick, combining inventory items and using them on various things within the world. Whether it be using a pin as a lockpick, or a makeshift grapple to pull a sword from a Troll’s shoulder, it feels like adventure games of old.

It looks gorgeous too, with an almost low poly look and character/creature designs that feel like something out of a children’s book. There’s such magic within its world that the 20 minutes of the demo just wasn’t enough, I simply craved more. Röki just feels special and I can’t wait to play more, when it releases later this year. There’s a high probability that you’ve already seen Spiritfarer, when it was unveiled at the Xbox E3 briefing in 2019. From the developer of Jøtun and Sundered, Spiritfarer is quite the gameplay departure from previous games, as it focuses on a calmer, more relaxed adventure.

You play as Stella, ferrymaster to the dead. It sounds grim, but your job is to help your passengers get to their final destination, for them to be at peace. The demo focused on Summer, a robed snake woman (all your passengers seem to be anthropomorphic), and making sure she was comfortable aboard the ferry. I took her to a place from her childhood to find a lost trinket and I built her her own room on the ferry, which showed off the management side of the game.

In between all this, I also got to meet the other passengers and give them big ol’ hugs for being so adorable. I even got to collect “glims” from lightning strikes during a storm, which was unexpected. I got to cook for my giant frog friend, after catching him a delicious fish in the fishing minigame, and my deer friend taught me how to grow corn and tend to the garden. Everything about Spiritfarer just feels chilled out, which is the polar opposite of Thunder Lotus Games’ catalogue thus far. Even when out and about with Summer, visiting new locations, simply wandering around and speaking to the locals was simple and fun. Learning the double jump helped me jump up to rooftops, while on the boat I could still explore without restriction, even sliding down slanted roofs when possible. This, along with the management side of things, just keeps you occupied during the long travels between destinations.

Most of my time with Spiritfarer was spent smiling and relaxing. Come the end of the demo however, my time with Summer reached its end as the game hinted at the more emotional side of its journeys. It’s difficult to say just how this content will affect players in the final game, but even over the course of a twenty-minute demo I wasn’t really ready to say goodbye to my new serpentine friend. Perhaps it’s a good job then, that the demo cut just short of me having to see her cross into the Great Beyond. When you’re less than a minute into a demo and are already smiling and laughing, you know you’ve found something special. That happened while I played Batbarian, as my poor barbarian was falling and screaming, wondering just where his day went wrong.

Whether you choose to play as a male or female barbarian, you will still be accompanied on your adventure by Pip, a magical, glowing bat that helps light your way in the dark dungeons at the bottom of your long fall. Pip can light up switches to progress too, as well as reveal traps and generally keep your adventure going.

A side-scrolling, pixel art, fantasy action-RPG, Batbarian is as simple to play as you can imagine. Platforming feels smooth, its light puzzles keep you engaged and the combat is mostly a case of hitting things with your sword until they die. The demo did showcase an extra level of depth to the combat however, when it teleported me a little further into the game to rescue a wizard. My barbarian hates wizards, as he told the old man repeatedly, but reluctantly allowed the spell-slinger to follow me. He did come in handy, able to throw fireballs to take out hard-to-reach creatures, but he didn’t half test my barbarian’s patience when tasked with opening a simple magical lock. I cracked many a smile during these exchanges. Batbarian is surprisingly well written.

The demo, albeit timed, allowed me just enough time to reach a boss battle. Not enough time to finish the fight, but sufficient time to see how much these bigger battles will test players’ dexterity. In truth, I would have likely died in my attempt if the timer didn’t run out beforehand. Either way, the battle reminded me of Rogue Legacy’s excellent (and cruel) boss fights, which is no small compliment.

I hadn’t heard of Batbarian before playing this demo, but I can guarantee that I’ll be picking it up when it releases later this year.

So, there you have it. From the gore-filled adventures of an alien blob of viscera, to the amusing dungeon-crawling of a barbarian and his bat, 2020 is looking incredibly good for indie games.