2021 has been a funny old year in video games. The AAA space has been mildly slower thanks to a combination of a new generation of consoles and an ongoing global pandemic, but smaller titles have more than picked up the slack. So many games have surprised me this year, with dozens of reviews sent my way I hadn’t even heard of landing in my GOTY list.

The vast majority of my humble GOTY list will not be included in the lists of my lovely GodisaGeek colleagues. This does mean that some high profile titles were bumped off the top ten (which is sure to enrage some) but replacing them are games you may well not have played. Every single pick on the list emotionally resonated with me in a way that I wasn’t expecting, be it with engaging gameplay, charming visuals or a narrative that drew a few manly tears. Without further ado, let’s celebrate this fantastic year in gaming. 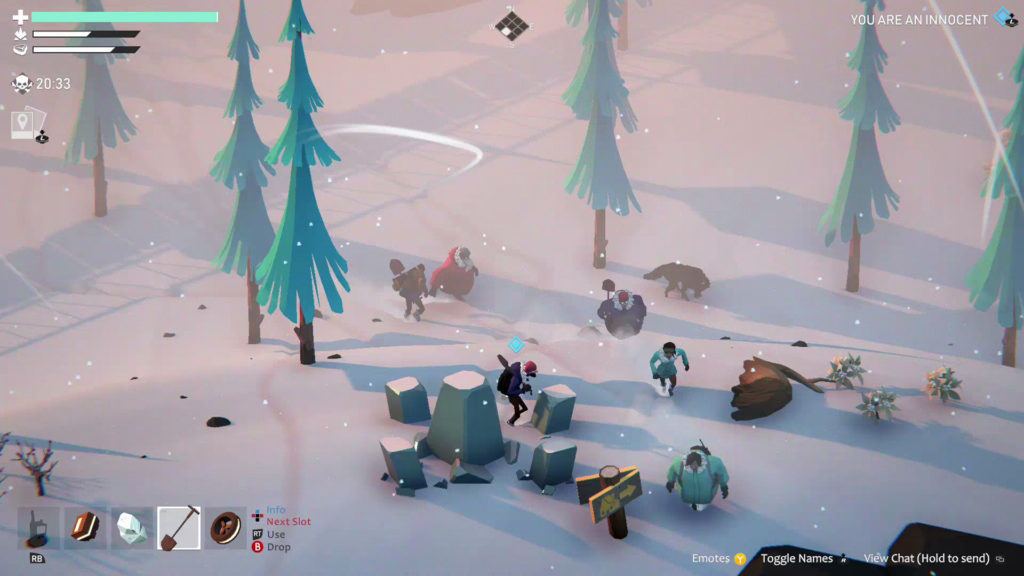 Project Winter: I couldn’t fit this on the main list because realistically it does have some significant gameplay issues, but few things brought me more joy than stabbing my friends in the back at the start of the year. This traitor game builds on the formula that Among Us popularised last year, while adding crafting mechanics and aggressive wildlife to make for more creative betrayal. Whether it was using my social skills to confuse my foes while an ally ran off alone to drink stat boosting energy drinks, or abruptly axing a mate to death while he discussed what a tough day it’d been at work, few games created more memorable moments throughout the GodisaGeek Discord than Project Winter.

Tales of Arise: A game I regretfully didn’t find time to finish, Tales of Arise is simply the best entry in one of my favourite JRPG series. With RPG combat only rivaled by last year’s Final Fantasy VII Remake, a story that defies the tropes of the genre and gorgeous visuals, there’s so much to love in this sprawling adventure. Whether you’re a Tales megafan or someone who hasn’t touched the series before, Tales of Arise is a game you cannot afford to miss.

Cyber Shadow: Knocked off the list at the last possible moment, Cyber Shadow managed to stay firmly in my memory all year despite releasing in January. Mixing Shinobi and Mega Man to create the retro platformer of my dreams, Cyber Shadow features fantastic level design, spectacular upgrades and an intense challenge from start to finish. I’ve been a huge Mega Man fan for practically my entire life, so to say I’d prefer to go back to Cyber Shadow when I’m in the mood for some old school action platforming is a huge compliment. 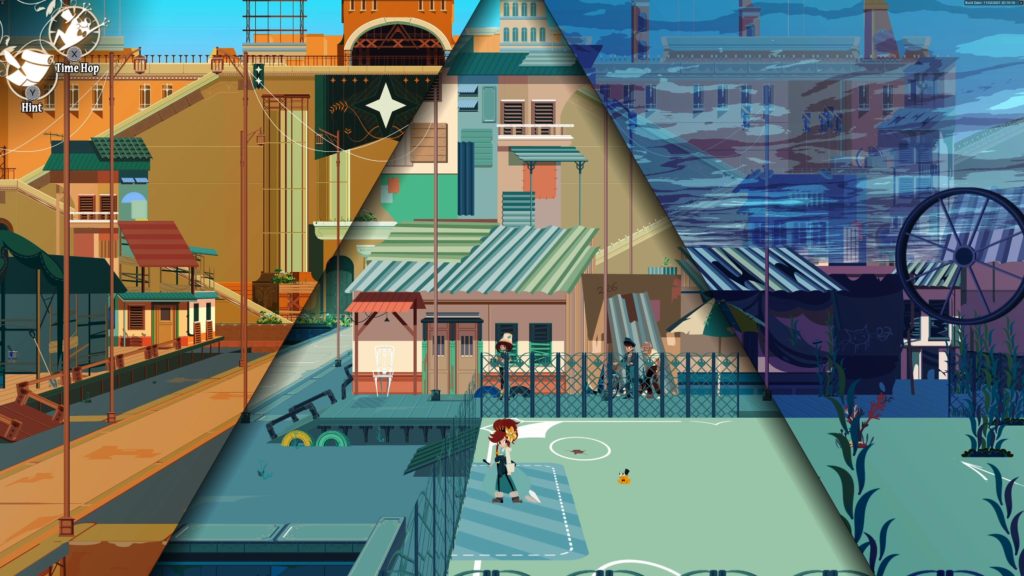 Starting off the list is the time bending adventure of Cris Tales. This wonderful RPG drew me in with its breathtaking hand drawn graphical style, and hooked me with some of the most creative turn based combat I’ve ever experienced. By using time powers on enemies you can age a soldier past his prime, turn a snarling beast into a cuddly kitten, or even fast forward time on a poisoned enemy to force them to take loads of damage all at once. Add to this timing based attacks, time puzzles and a frog in a top hat, and you’ve got yourself a GOTY contender. 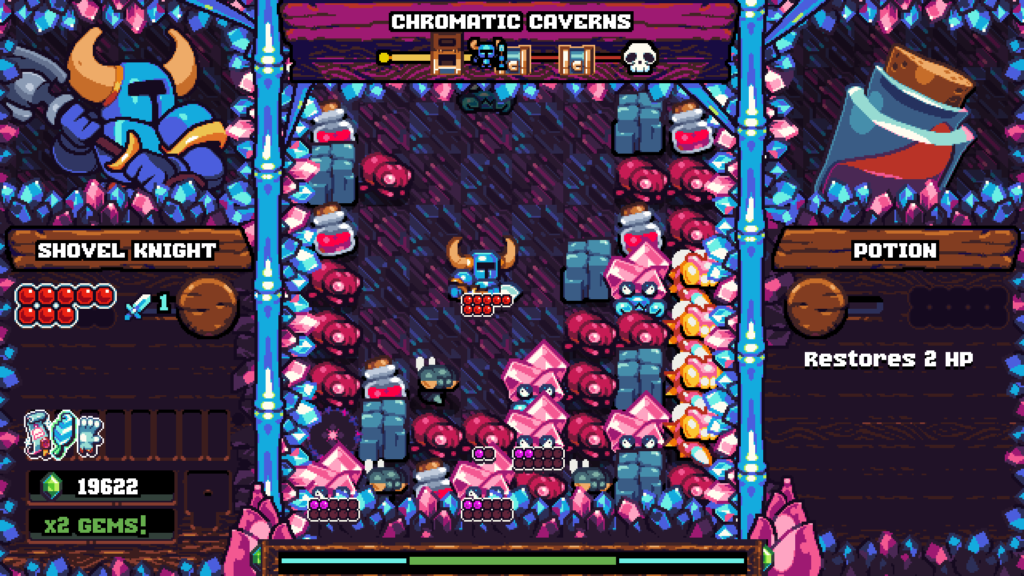 The final addition to this list, and one that shouldn’t be ignored in the rush of December. Shovel Knight Pocket Dungeon combines tile puzzling and Roguelike progression to create one of the most compelling games of the year. Not content with creating a fantastic game for puzzle fans Yacht Club Games pumped in more content that you could ever imagine into Pocket Dungeon, with tons of unique characters, a great versus mode, and even a true ending for the most hardcore of knights. Cynics may not have been happy when the new Shovel Knight game was revealed to be a puzzle game, but this fantastically morish title ended up surpassing the beloved original for me. 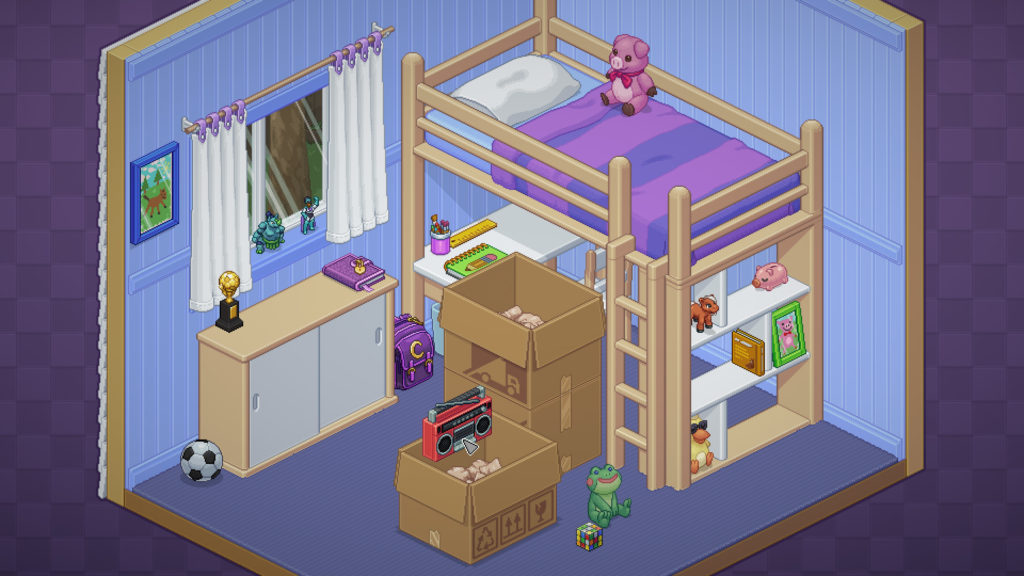 A game about taking items out of boxes and putting them in a pixel art room surely couldn’t be a top ten game could it? I wouldn’t have believed it either, but Unpacking fuses zen furniture arrangement and masterful storytelling to create one of the most heartfelt games of 2021. I had a wonderful time with Unpacking, whether it was recognising perfectly realised pixel versions of GameCube games or following the life of the unnamed protagonist through the lens of moving home. In a year where I had an incredibly stressful but rewarding experience moving house myself, Unpacking resonated with me on a level most games never could. 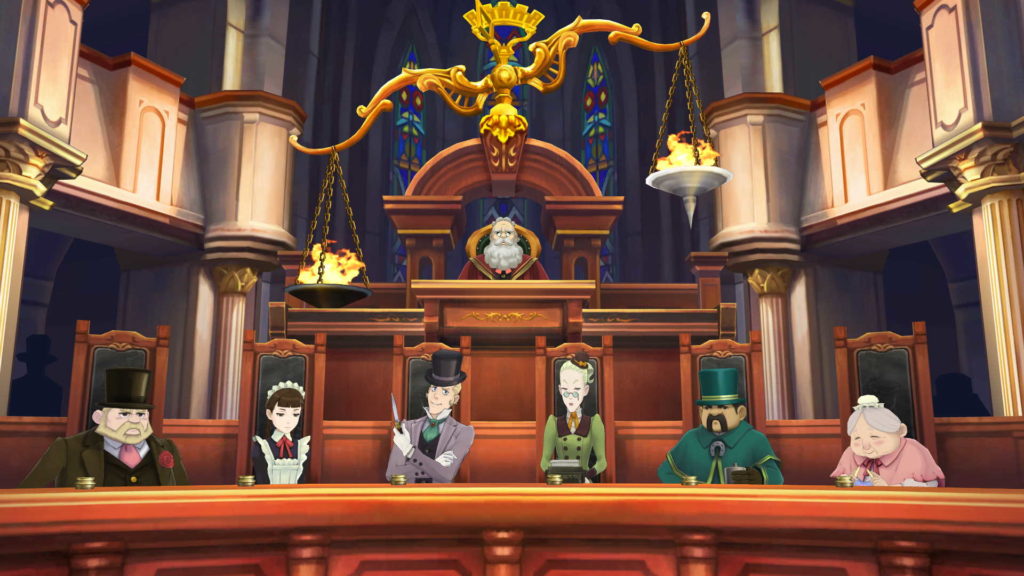 If you’d told me before playing the new Ace Attorney game that I’d enjoy it more than the original Phoenix Wright trilogy I’d have slapped you across the face, but that’s what happened with Great Ace Attorney Chronicles. Packaging and upgrading two games that never came to the west originally, Great Ace Attorney Chronicles features a brand new cast of characters, a glorious Victorian London setting and dozens of hours of cases to solve. The writing is simply sublime, and the characters are the most consistently charming in any game I’ve played this year. If you like your visual novels with a little more gameplay, then get ready to dive into a world of legal drama and don’t look back. 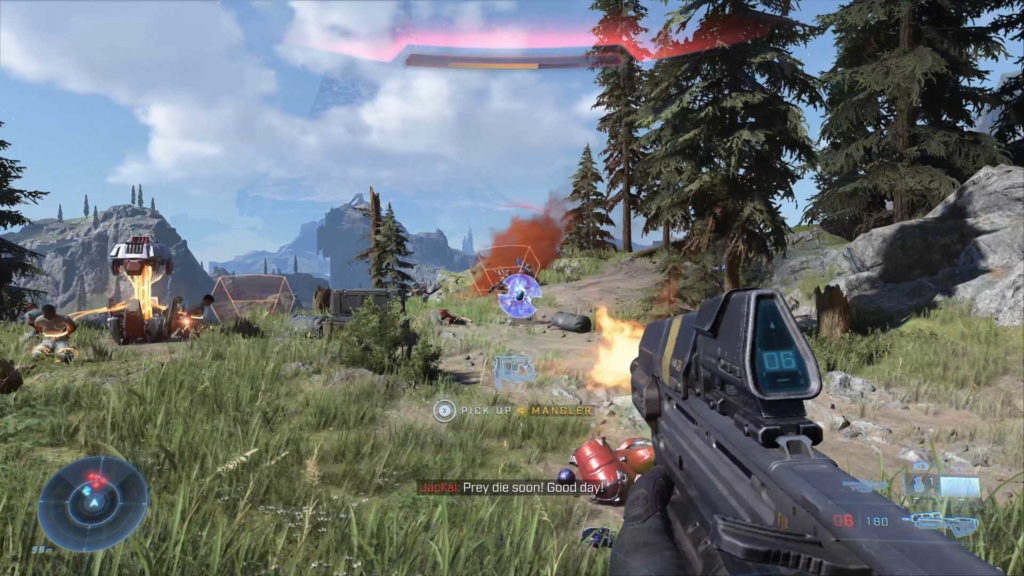 The second game that infiltrated this list in December, Halo Infinite not only brought me back into the Halo games but made me love them more than ever before. The multiplayer alone would have been enough to make it onto this top ten, but combined with the most entertaining open world shooting I’ve ever experienced it makes it deep into the list. Halo 3 was my first real foray into online gaming, and getting to feel like teenage Lyle sticking fools with grenades all over again was just incredible. The campaign in Halo games never really interested me until Infinite, but grapple hooking around the open world and capturing bases is just pure joy. As a total package, Halo Infinite really has it all for FPS fans. 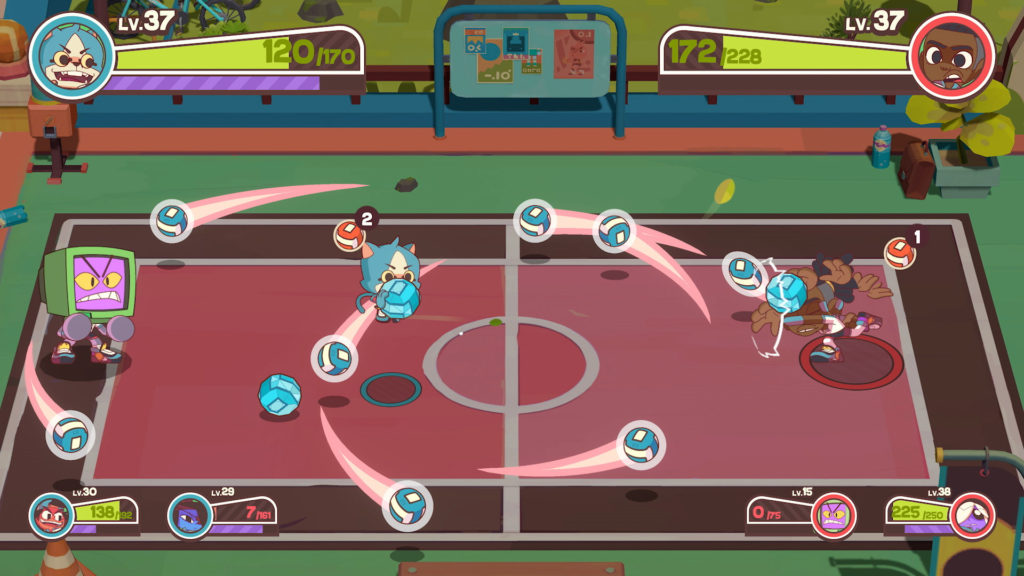 What do you get when you combine a Mario RPG with the greatest sport of all time? You get Dodgeball Academia, a saturday morning cartoon come to life with amazing dodgeball combat. Playing actual dodgeball to fight RPG battles never gets old, thanks to all manner of over-the-top special moves and catch timings to learn if you want to survive a screen full of balls. Alongside some genuinely funny writing and loads of customisation, Dodgeball Academia is a bitesize RPG with a heart three sizes too big. 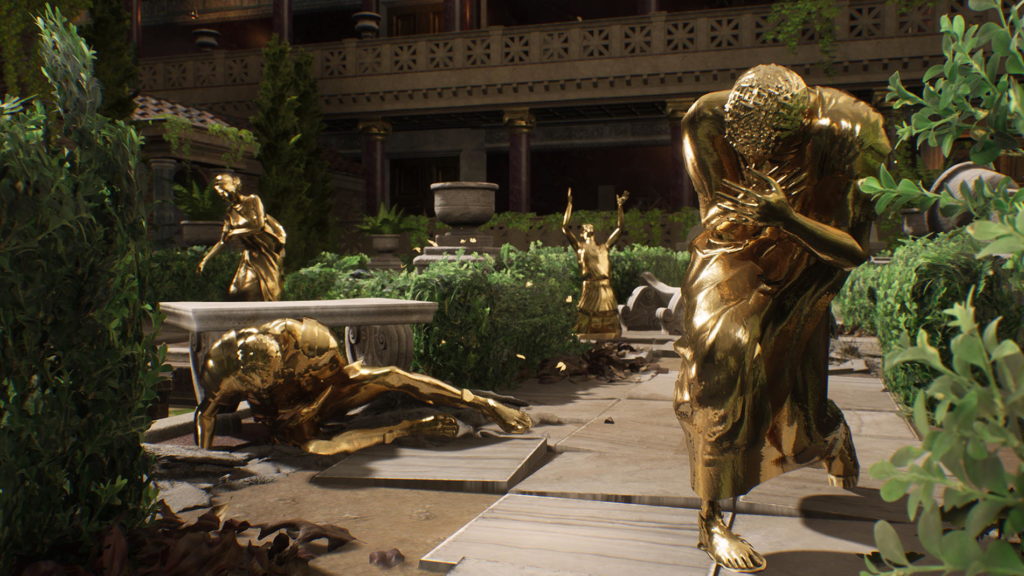 In a year full of time loop games, The Forgotten City stands above them all with an incredibly unique premise and more twists and turns than Blackpool Pleasure Beach. When you find yourself in a lost roman city where sinning will turn all the residents to gold, it’s up to your character to unravel the mystery of this forgotten place while making sure nobody does anything naughty.

What follows is a story involving a small selection of truly human characters, moral debates on what counts as a sin, and fantastic gameplay mechanics that bring it all together. After watching friends play through the game I was able to see how impressively layered The Forgotten City truly is, with multiple ways to progress through its incredible tale and some incredibly satisfying endings to witness. 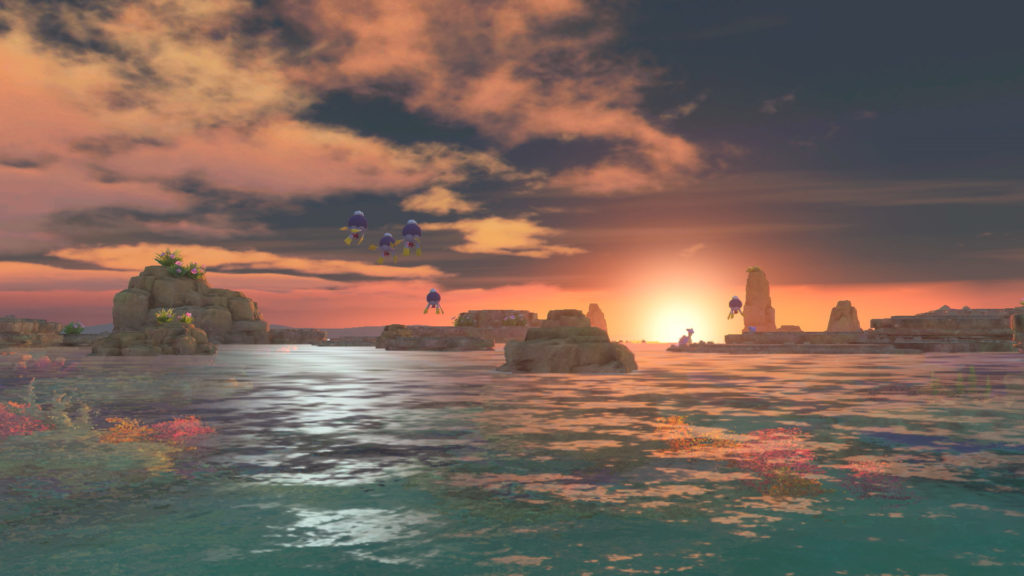 The second 10 I’ve ever given to a game, and New Pokemon Snap deserves every point of it. The original Pokemon Snap was a staple of my childhood, with engaging photography gameplay and the ability to witness my favourite pocket monsters in their natural habitat. New Pokemon Snap improves on the first game in every conceivable way, with loads of stages with branching paths, Pokemon spanning the entire history of the series and multiple poses to snap for each of them.

Playfully interacting with each Pokemon and discovering new ways to get them to pose is as engaging as it is adorable, and returning from the original is a fantastic score attack mode that is painfully overlooked by most. Since release there has even been new free content added to the game, including an amazing level where you get shrunk down and get to experience puny bug Pokemon in a whole new way. New Pokemon Snap is the game I play to cheer myself up if I’ve had a stressful day, and is absolutely the cosiest game of 2021. 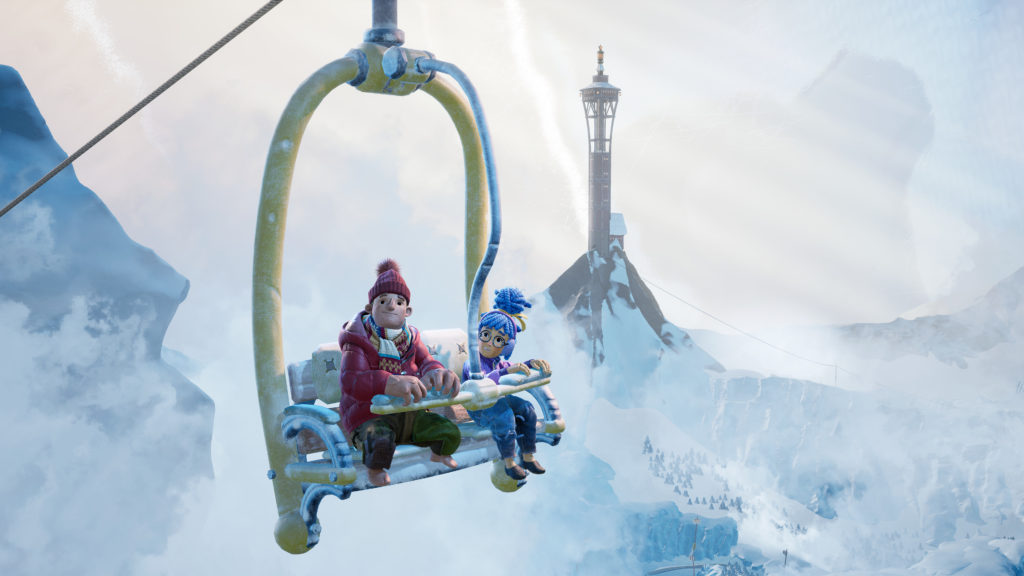 My partner and I love playing video games together, whether it’s blasting zombies in Left 4 Dead or sailing the Sea of Thieves. After over a decade of playing games together, no co-op experience has ever impressed us as much as It Takes Two. No two sections of this platforming adventure are the same, with creative idea after creative idea flung at you as you try to get back to your daughter. One moment you’ll be riding frogs about a garden, the next you’ll be playing a Diablo style dungeon crawler.

Perhaps the most impressive thing though about It Takes Two is how playful it is. Mini games you can play against your co-op buddy litter the fantastical worlds, from a simple Whack-A-Mole game to curling or even a full game of chess. Alongside all this joyful interactive optional content, playing through the game is a delight. The platforming is tight, the gameplay beyond varied, and the power ups you get encourage you to work together in truly wondrous ways. I know I’m going to be replaying this game with my partner regularly for the rest of my life, and I cannot wait. 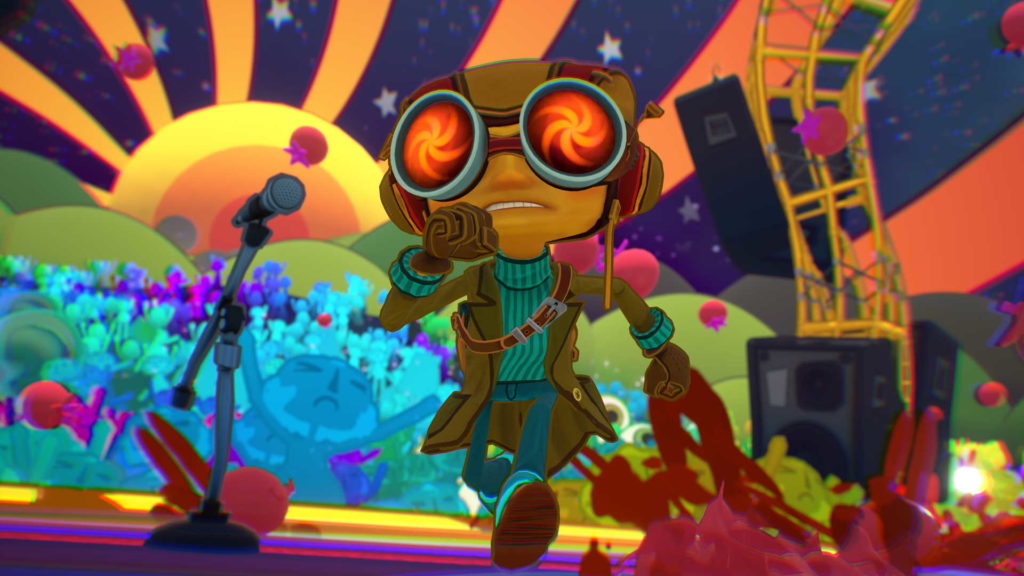 Psychonauts 2 was the game I was most excited to play in 2021, and to say it exceeded expectations would be a gross understatement. Double Fine took a beloved game from platforming past, and managed to craft a sequel that is somehow more creative, heartfelt, and entertaining in every way. Each brain based world you enter is completely unique, with some fantastic themes based around the personality and struggles of the character you’ve dived into the head of.

Despite being a lighthearted and comedic experience for the majority of the game, Psychonauts 2 also manages to expertly tackle mental health issues in a meaningful way without making the experience too serious and tragic. And to top it all off the platforming feels tight and responsive, and the mental powers you unlock are consistently interesting and useful. It was a truly impossible task that Double Fine undertook when deciding to continue Raz’s story, and they ended up creating one of the most wondrous 3d platformers in years and my game of 2021.