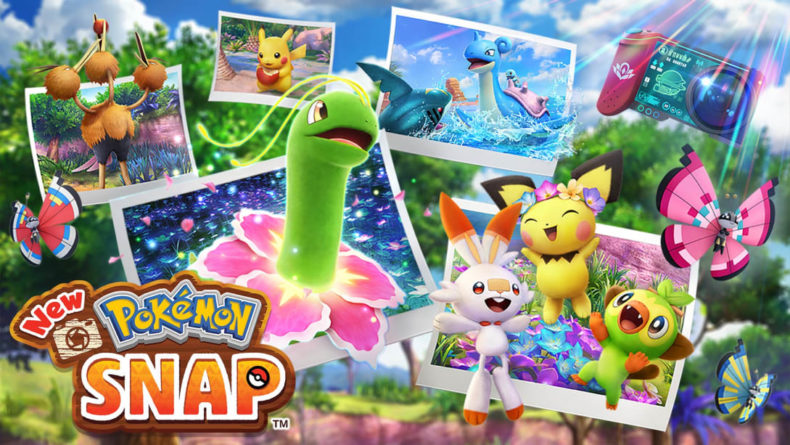 When Pokemon Snap released in 2000 here in the UK, I fell in love with a truly unique game. I couldn’t be found eating turkey and pigs in blankets that Christmas day, because I was busy taking photos of my favourite fictional monsters. In the 21 years since that wandering childhood memory, I was sure we’d get a sequel. When the Wii released it seemed like the ideal game to utilise pointer controls. The 3DS had a camera and AR cards that could’ve been used, too. But Snap never came. When New Pokemon Snap was finally announced for the Switch I was so happy, and now it’s finally here.

Your New Pokemon Snap adventure takes you to the Lental region. This is a series of islands made up of jungles, volcanoes and a hell of a lot of Pokemon. There you meet Professor Mirror and his assistant Rita, and embark on a research expedition to fill up your Photodex. There’s more to this adventure than just getting nice pictures though. And you’ll soon witness Pokemon glowing due to the Illumina phenomenon and have a new mystery to uncover.

New Pokemon Snap’s gameplay is similar to that of its predecessor. In your NEO-ONE vehicle you’ll travel through each on-rails stage, taking photos of the critters you see along the way. Your snaps are scored based on a number of factors, including size, being in the centre of the frame, and any exciting poses the Pokemon are performing. Taking all these things into account is key to getting the best ratings and unlocking new levels and items. 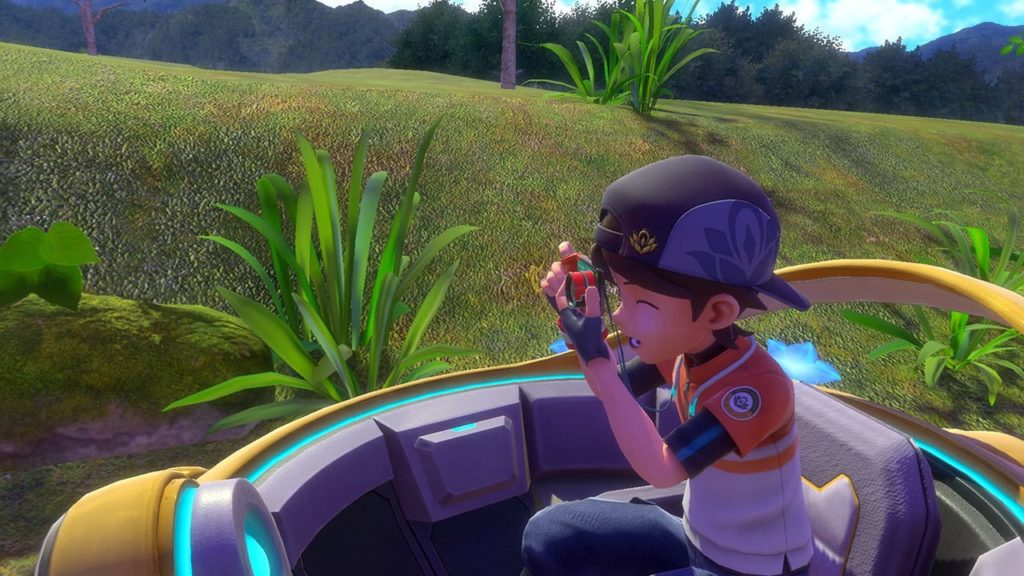 The truly magical moments in New Pokemon Snap are when you use the tools at your disposal to uncover a new interaction with one of your favourite pocket pals. This can be as simple as playing a tune and watching them dance. Or as intricate as gathering different species together and watching them fight over Fluff Fruit. Each stage has dozens of these moments to uncover, and it’s always incredibly satisfying to trigger something new.

While there are a lot of familiar elements in the game to those who played its predecessor, you’ll find a lot of new mechanics as you progress through the Lental region. Motion control is available if you want it, and is fun to play around with. On the more mechanical side of things; the scan ability helps you uncover secrets and draws the attention of Pokemon, and Illumina balls make monsters and plants glow with an otherworldly light. These new tools mean even more ways to interact with Pokemon, which is lucky because you need to catalogue 4 distinct poses for every one you meet. 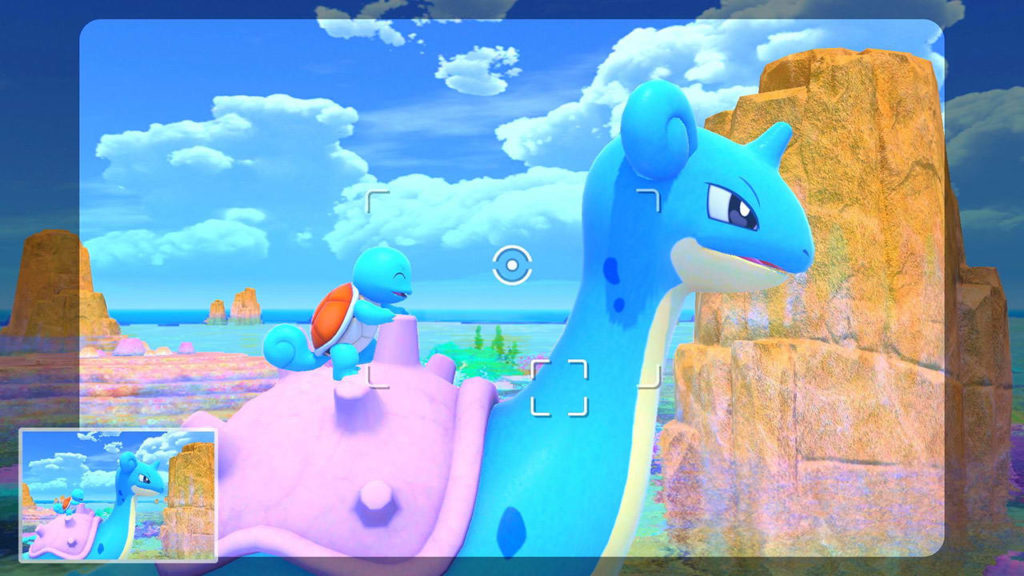 One of my worries with New Pokemon Snap was that they would focus too much on either the original 151 monsters or the most modern creations and ignore everything in between. I had nothing to worry about, and was able to photograph my favourites from every single game in the series. You won’t just be snapping pictures of the obvious starters and fan favourites either, and will have run ins with everything from Pikachu to Skorupi.

To pack all these Pokemon in, New Pokemon Snap has an incredible amount of stages. The original game was often criticised for being too short, and the same definitely cannot be said of the sequel. As well as having around triple the number of levels as the N64 classic (spanning a variety of environments) each course can be leveled up to add extra Pokemon to it. Even better than that, most of them can be played through at night time for a completely different experience.

As well as extra stages, there are also side objectives to complete in the form of requests. These generally give you a hint on how to uncover one of the many hidden interactions, without spoiling the surprise. Completing them will often give you rewards too, like filters and stickers you can apply to your snaps. 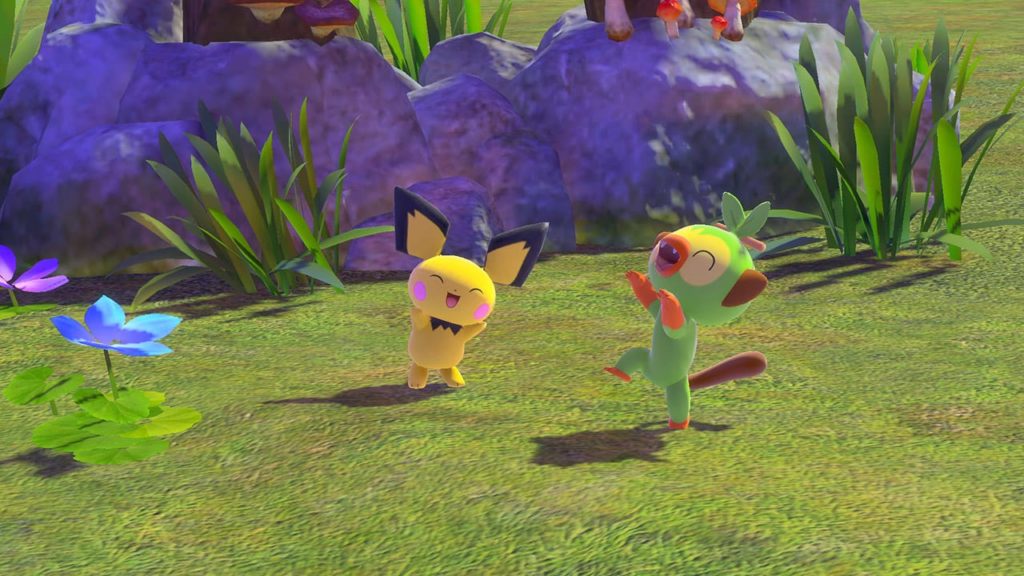 There are a ton of ways to edit your pictures, essentially adding a photo mode to a photography game. There’s the basic zoom, blur and brightness type options, and a bunch of filters and stickers for if you want to get crazy. Once you’ve created a masterpiece, you can upload it and even send it to friends in the hope of them giving it a “Sweet!” medal. It truly is Pokemon Snap for the social media generation. 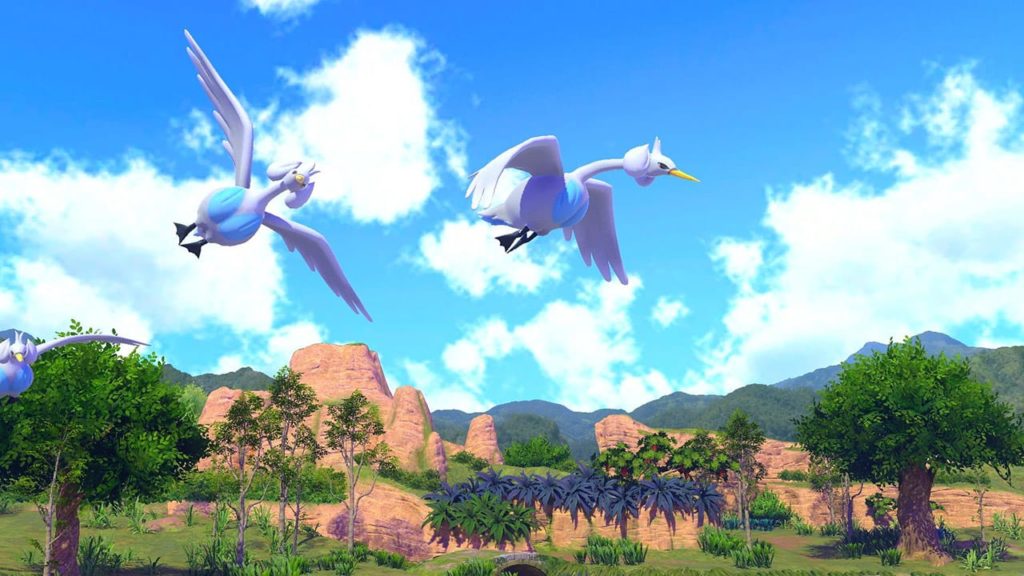 After beating New Pokemon Snap’s 10 hour story, there’s still plenty to keep you busy. Finishing the Photodex is a mammoth task, which each Pokemon requiring 4 photos minimum and each stage requiring a level 4 research rank. Level scores also make a return once the credits have rolled, offering the endless possibilities of score attack with online leaderboards.

I have very few issues with New Pokemon Snap at all. There is one particular area which suffers from a short period of framerate issues. But if anything the slight slowdown makes the moment feel more epic. Otherwise I didn’t have anything in the way of technical issues. And I think that’s impressive given how absolutely beautiful the game looks.

New Pokemon Snap is a rare game that not only lives up to expectations, but far surpasses them. Taking photos as a mechanic is relaxing while engaging. And exploring every inch of the charming world of Pokemon is just incredible. With hours of content, hundreds of Pokemon and so many adorable moments, New Pokemon Snap is simply the best game I’ve played this year.

Relaxing yet engaging gameplay
Loads of Pokemon to snap, from all generations
Visually spectacular
Tons of variety and content

One instance of frame dropping

A delight from start to finish, New Pokemon Snap improves on the original game in every conceivable way.