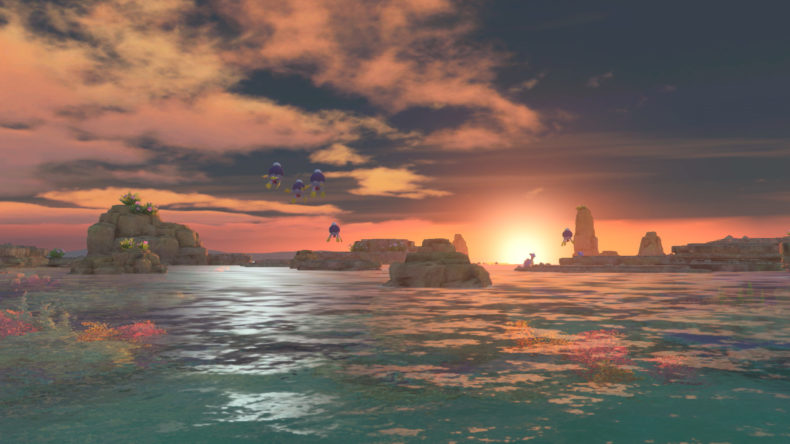 To say I’m a Pokemon fan would be an understatement. Ever since I traded my first Jigglypuff on the playground, I’ve been hoarding these adorable monsters. I haven’t missed a game in the franchise since its inception, so with New Pokemon Snap there’s a few of the pocket monsters I want in the game, and with it arriving at the end of the month I’ve been thinking of nothing else.

The original game was a truly unique experience. Getting to see all of the critters in their natural habitat was delightful, and made the world of Pokemon feel all the more tangible. With 151 pocket monsters at the time, it was only natural that some wouldn’t be featured in the game. Now there’s a grand total of 898 Pokemon, I know not all of my favourites will be in the sequel. It’s obvious that we’ll see plenty of Pikachu, Charmander and the gang roaming the lush environments of the Lental region, but here are 10 obscure Pokemon I hope are in New Pokemon Snap. 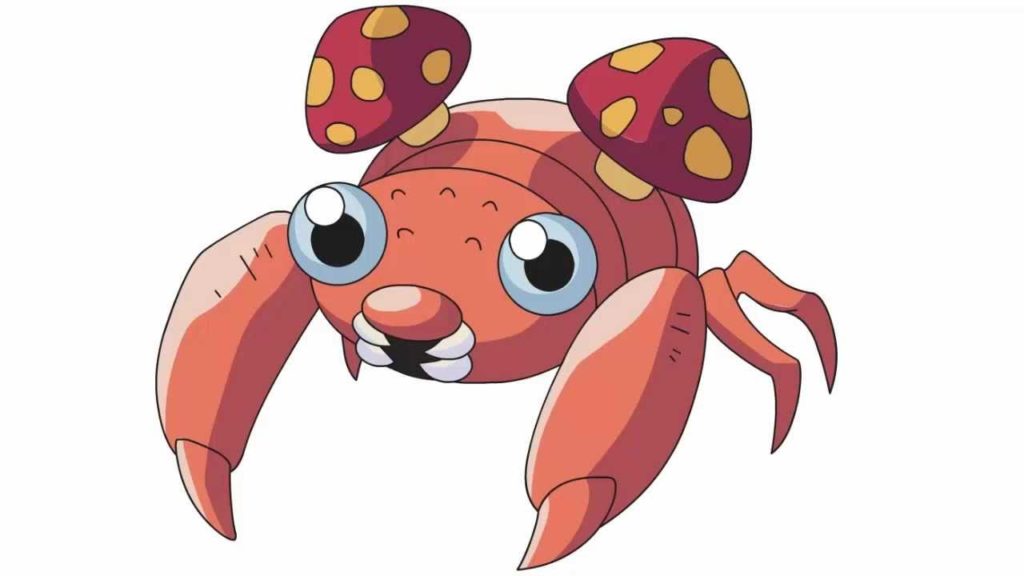 This little mushroom bug has always had a place in my heart. Despite being around since day one, Paras has never been much of a game seller. It could be because it’s because Paras was the first Pokemon with three 4x weaknesses, or maybe people just don’t like parasitic fungal crabs.

After being cruelly shunned the first time around, New Pokemon Snap could be Paras’ breakout moment. Imagine spotting some mushrooms in the distance and assuming they’re part of the scenery, only to notice it’s a lovely Paras as you get closer. Simple and effective. 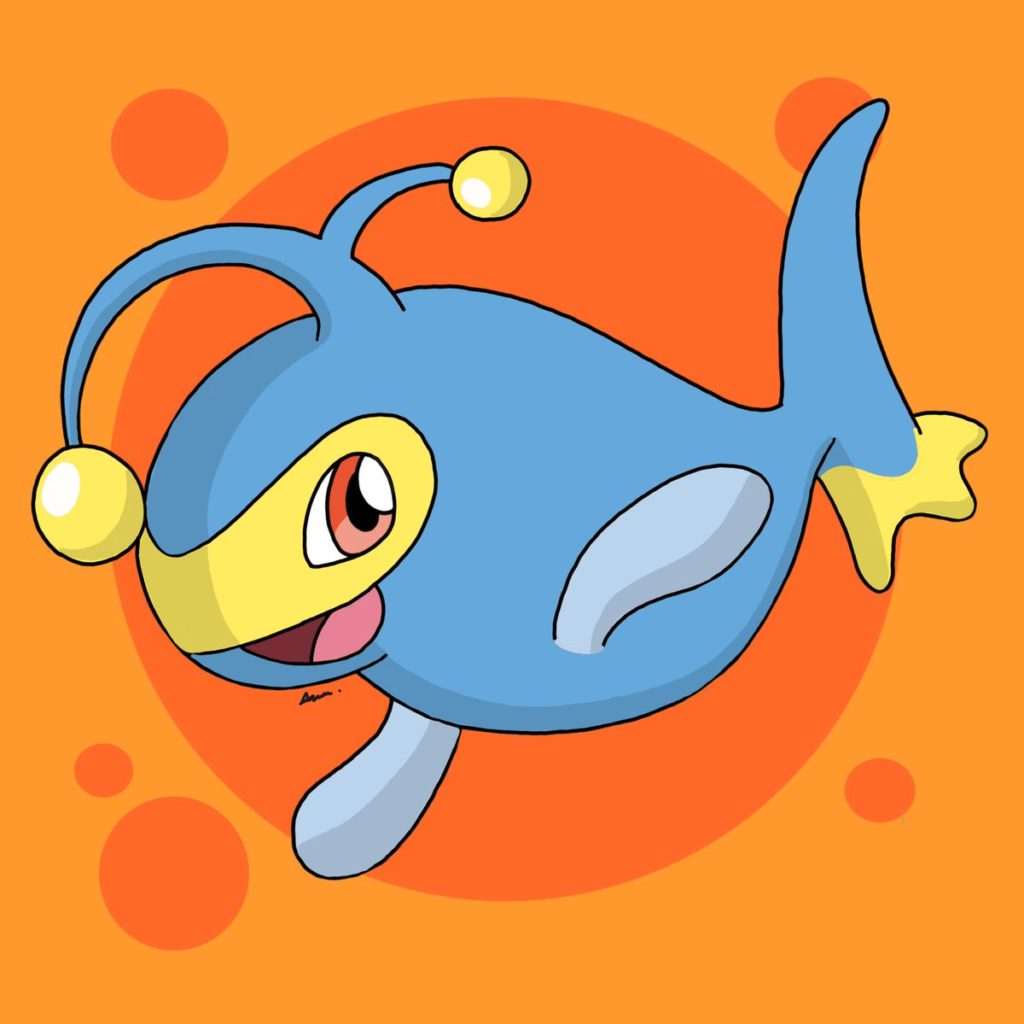 Anglerfish are cool in theory, but horrific up close. Fortunately Game Freak realised this in Gold and Silver, and created this big goofy fish. This Water/Electric type Pokemon has been a staple in my team for years, due to having access to a nice array of moves and being so darn huggable.

It seems reasonable to assume there’ll be some water based levels in New Pokemon Snap, and who better to inhabit them than my boy Lanturn. There’s an opportunity here to have Lanturn’s antenna poking out the ground, requiring a savvy snapper to throw some food its way to unearth the bulky blue predator. 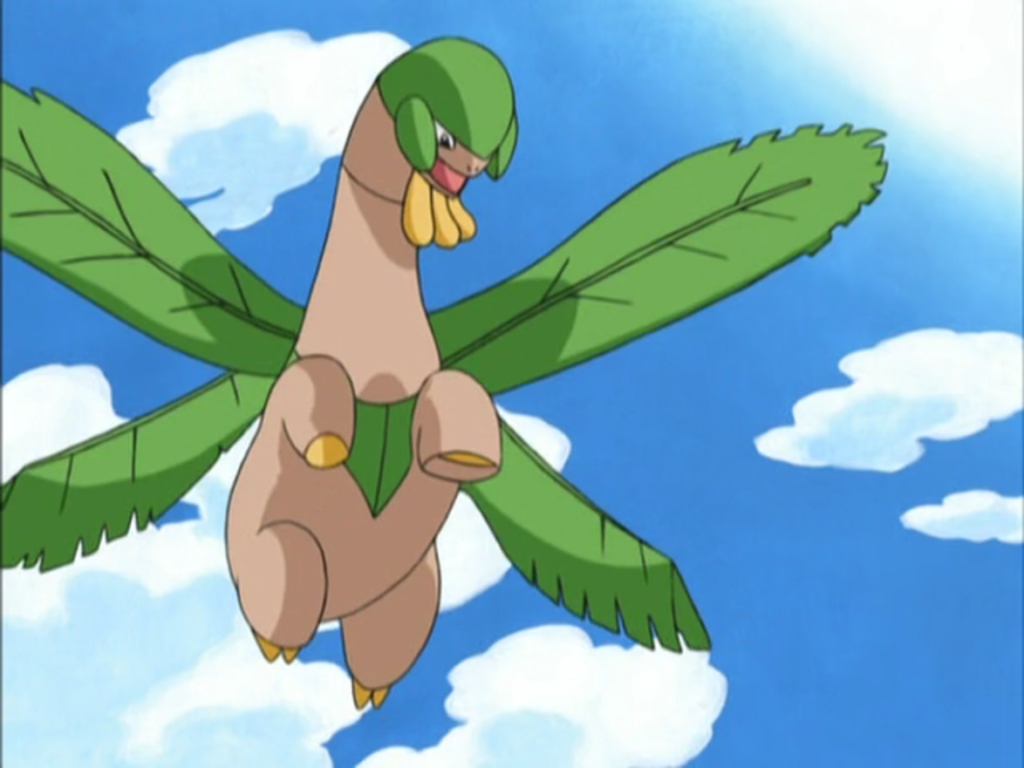 Tropius is a dinosaur crossed with a tree that can fly. The fact that this Pokemon hasn’t taken Pikachu’s crown sooner is criminal. Since its debut in Ruby and Sapphire, Tropius has been largely ignored by pretty much everybody and I struggle to understand how this was allowed to happen.

I’ll admit that Tropius might not be easy to hide in New Pokemon Snap, but not every monster needs to be cleverly tucked away. Watching that majestic dinosaur fly majestically through the air, chin bananas swaying in the breeze, would easily make a few “best moment of 2021” lists. 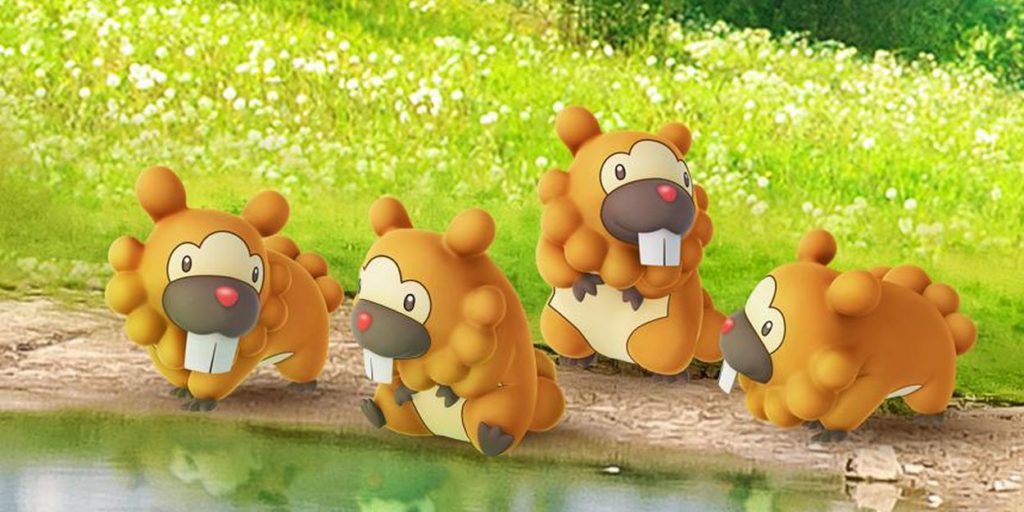 I’ll be the first to admit, Bidoof is not a cool looking Pokemon. As one of the first wild foes you encounter in Diamond and Pearl, it isn’t the strongest of Pokemon either. But ever since my partner named his Bidoof after me, I’ve grown to love the useless little beaver.

With the remakes of the fourth generation of Pokemon games coming at the end on the year, now could be a good time to build some hype by putting Bidoof in Snap. I’d love to watch a group of these simple little critters building a dam, while staring blankly into the distance. 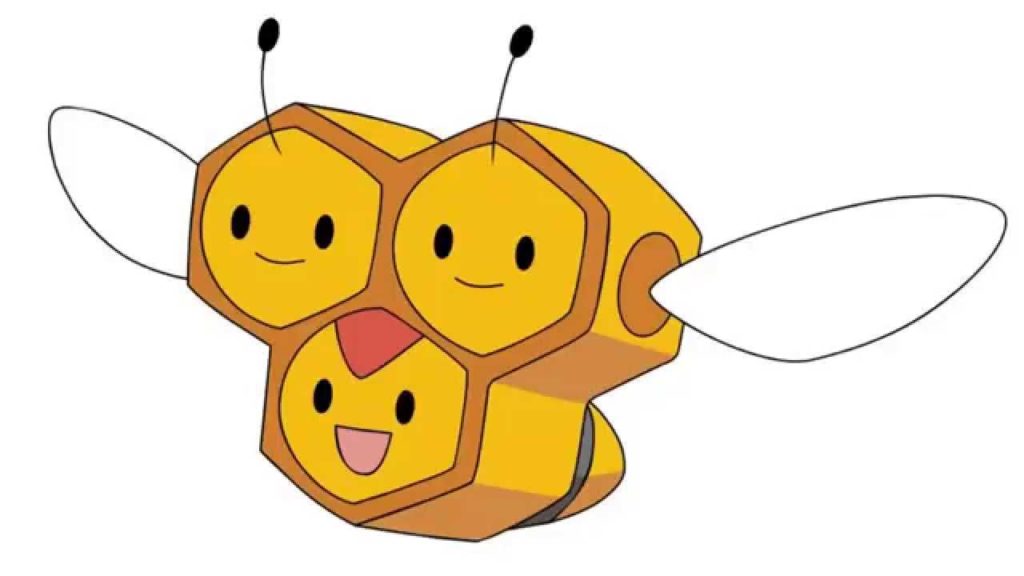 There’s a bit of a leaning towards bug type Pokemon in this list, because I just can’t get enough of my insect friends. Combee is a living piece of honeycomb, and if that doesn’t get you excited I don’t know what will. Well known for only evolving if female, many trainers in Gen IV were left frustrated by their entirely useless male Combees.

This one belongs in New Pokemon Snap due to their general adorableness. But Combee would be an exciting addition to the game if included in a hive setting. Combee can connect together when threatened to form a huge wall, too. And I think this mildly horrific structure made of honey faces would be a welcome addition to the game. 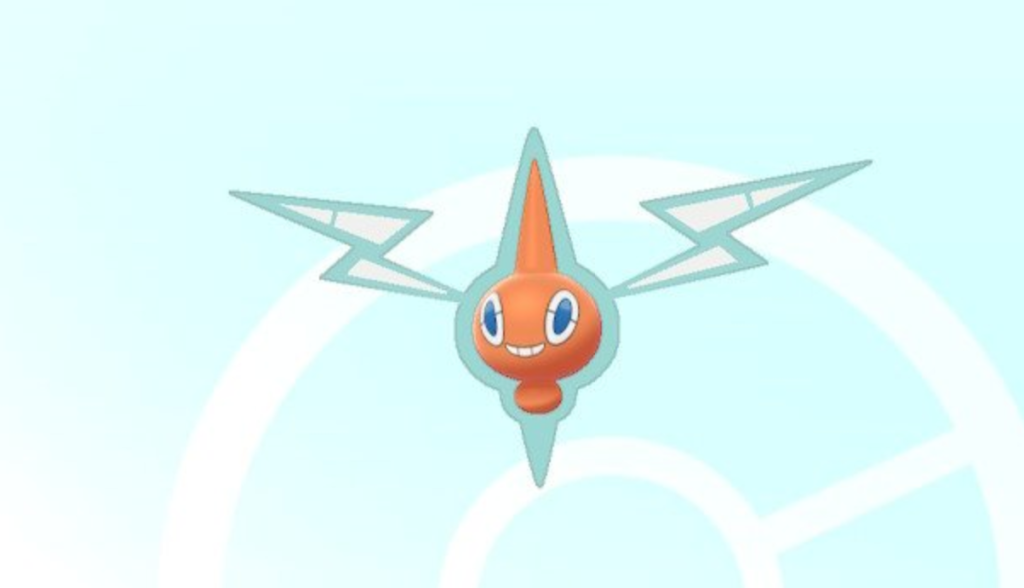 Since we only had 3 ghost types total when the original game launched, the New Pokemon Snap monsters could do with beefing up via a few extra spooky monsters. I think the electrical ghost Rotom and all its ridiculous transformations would be perfect for this.

In its standard form Rotom is not particularly exciting, but when possessing household objects this little ghost is just top tier. I just really want to take photos of a haunted washing machine and lawnmower, and honestly is that too much to ask? 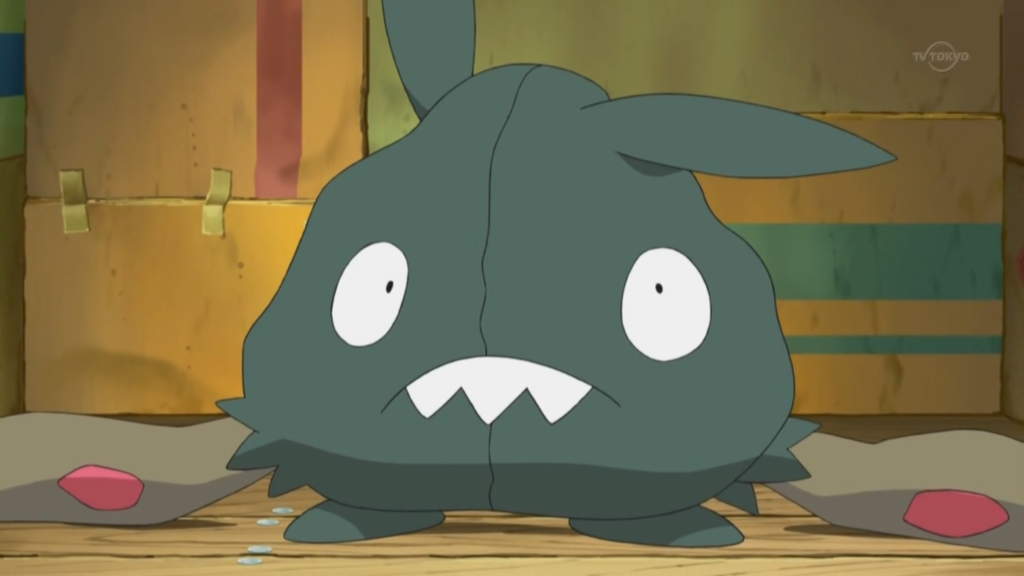 I understand that not everyone is going to think that a living bin bag is particularly cute or cool. It does have a great name though, and punishes people who litter by following them. We could do with more Trubbish in the world! Although according to the Pokedex their smell can put you in hospital.

It’s not be the most picturesque location, but an urban stage full of poison and litter is what we need to see. Trubbish is a damning statement on our society, and just might save the world if put in New Pokemon Snap. 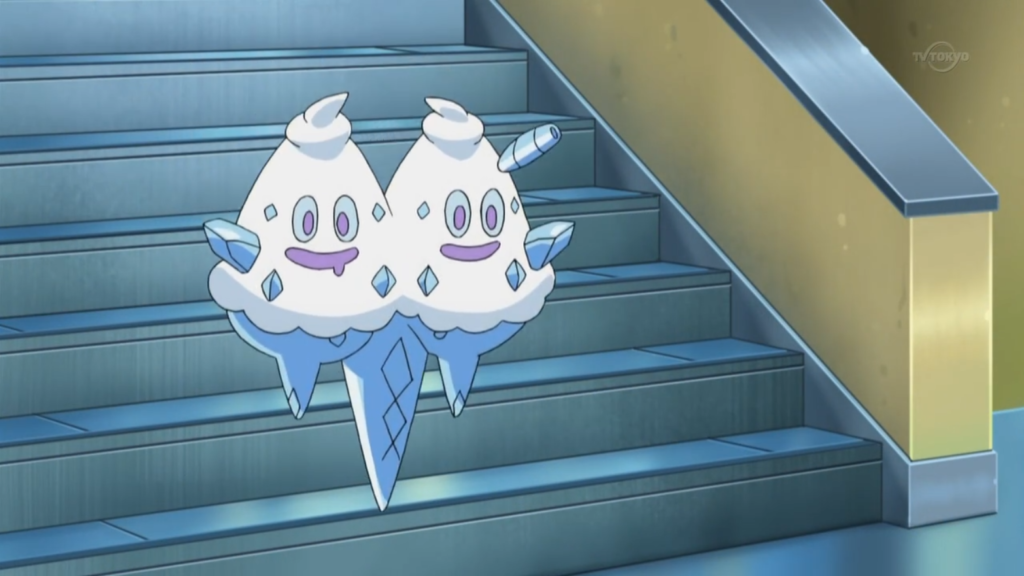 Apparently all the best Pokemon of the 5th generation were inanimate objects come to life. Bin bags might not be appealing, but who doesn’t love ice cream! There are three of these ice type Pokemon, but we really only need the deluxe double cone version in the game.

Of all the Pokemon on this list, I think that Vanilluxe actually has the most chance of appearing. There aren’t a huge amount of icy monsters to choose from yet. Also, watching an ice cream float around a frozen cave seems like a good time. 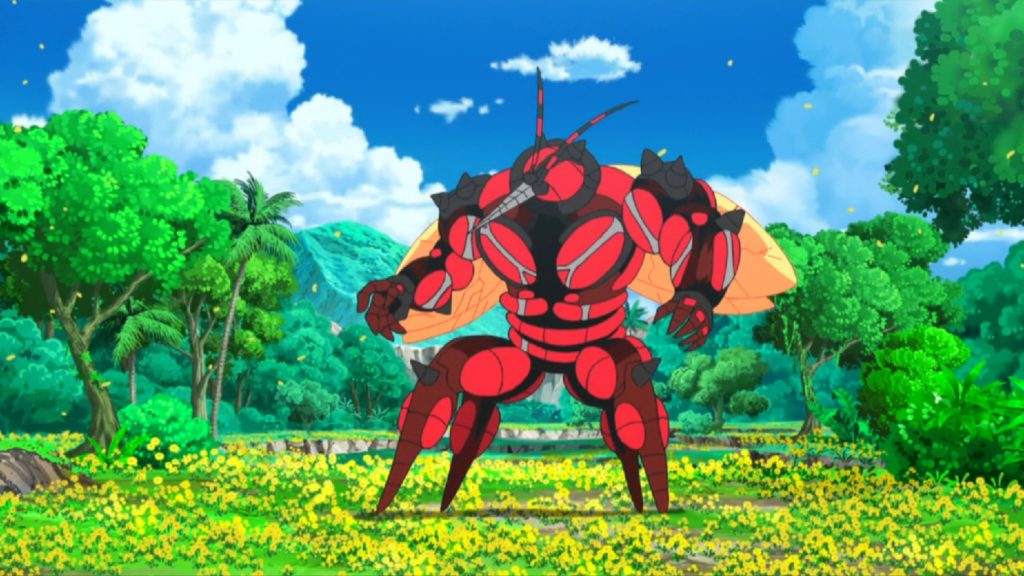 From the most likely Mon to appear in New Pokemon Snap to the least likely. As much as I think this buff mosquito man is just perfect, I reckon that making kids take photos of flexing insects is just a little too weird.

The sheer number of muscular poses you could get snaps of means Buzzwole really should be in New Pokemon Snap. We’ve all dreamt of being the photographer at a bodybuilding show, so why not recreate that with fictional animals? 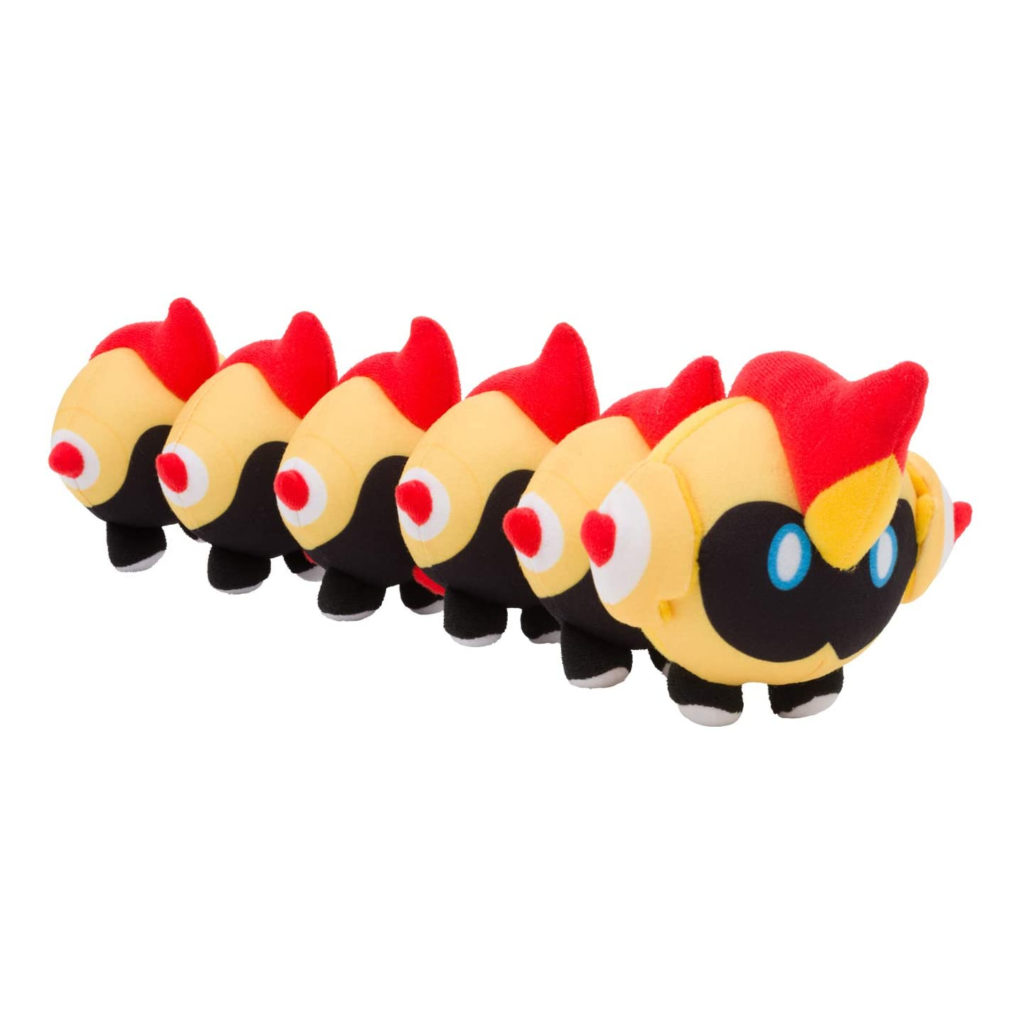 This list wouldn’t be complete without my favourite Pokemon from the most recent games. Falinks is made up of six little dudes who stand in a line and punch stuff. And I just think they’re lovely.

Since they are six circular fighters grouped together, Falinks could stack up in a variety of ways. This could include different poses in the New Pokemon Snap monster lineup. They could even start separate, and need coaxing together to get a tougher picture on a later level.