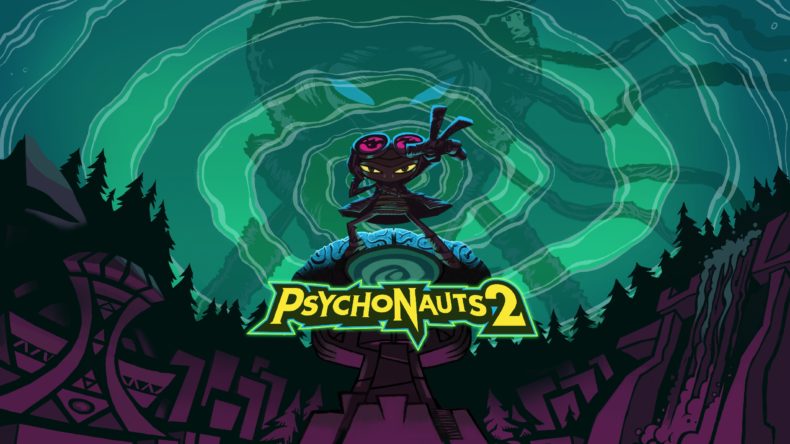 In 2005, I was blown away by my very first Double Fine game – Psychonauts. I immediately fell in love with the larger than life characters, outlandish worlds and engaging platforming gameplay. When I found out Psychonauts 2 was coming, I was worried that the magic of the first game couldn’t be captured again. The original was one of my favourite games ever, and 16 years later could Schafer and company really create a world with the same level zany charm? Absolutely they could.

Set immediately after the original, Psychonauts 2 follows Raz finally getting to work for the psychic secret agents known as the Psychonauts. The elusive organisation are worried that they have a mole in their ranks after the events that took place at Whispering Rock Psychic Summer Camp, and even though he’s only an intern Razputin is determined to help. Our hero’s new mission will see him jumping into many a mind, battling people’s inner demons, and using a range of new and returning psychic powers.

Psychonauts 2: door to your head

The majority of your time in Psychonauts 2 will be spent inside the brains of other people. After attaching a tiny door to their head, Raz is able to project himself inside someone’s mind to help them battle their issues or find out something important about them. Each of the game’s mental worlds is totally unique, and an absolute delight to explore. From a dental themed world full of threatening posters, to a cooking show hosted by puppet Psychonauts, there isn’t a single one of these colourful environments that I didn’t absolutely adore. 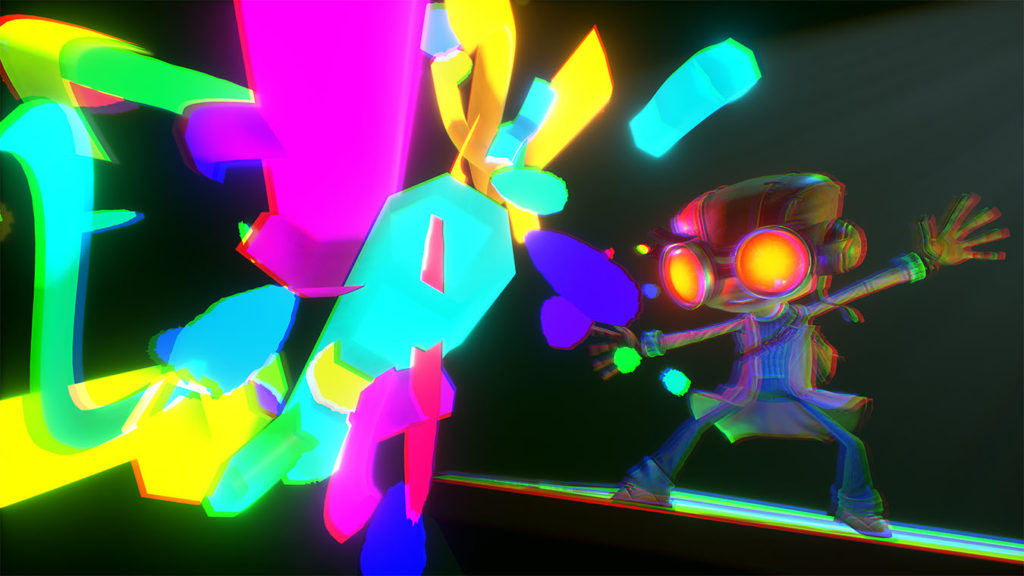 You’ll have a different objective in each brain you enter, but alongside completing it you’ll also find a load of collectables that help power Raz up. There are neon figments to collect, emotional baggage to unpack and memory vaults stocked full of backstory. Using your powers to search every nook and cranny of a mind is consistently compelling, and every collectable fitting the cranial theme is just delightful.

The enemies also stay true to the mind based environments, with worries, doubt and mental health issues touched upon in a genuinely touching way. Each of these brain baddies will have weaknesses to some of your powers, all of which make sense. One fight against a “Panic Attack” boss is extremely difficult if you tackle it head on, but if you use your time slowing power to “slow it down and take a breath” you’ll be able to beat it back with ease. 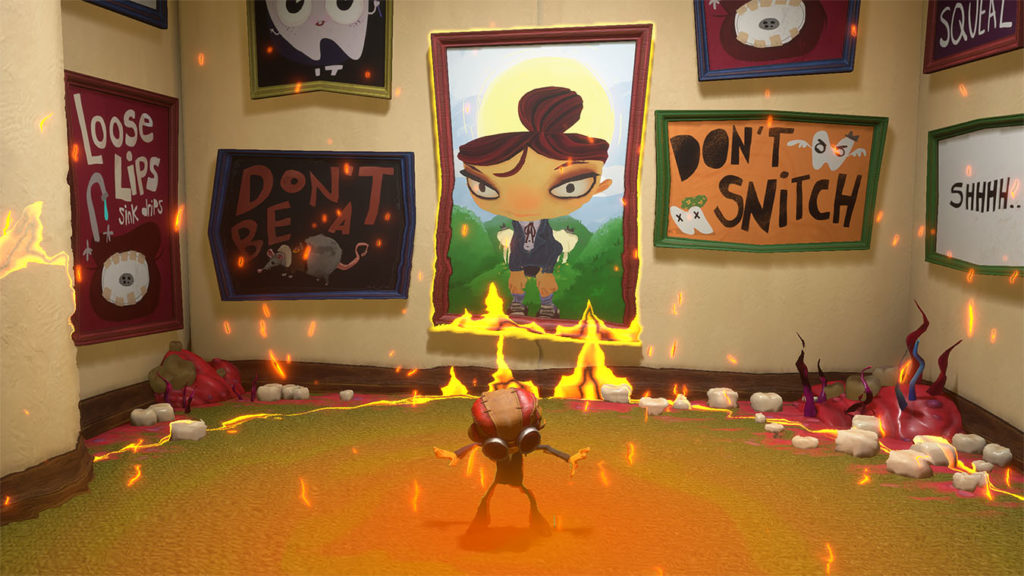 It doesn’t take long to unlock a nice range of Psi powers to help you with your mission. There’s series staples like the ranged attack Psi Blast, Telekinesis and the jump boosting Levitation returning better than ever. There are also plenty of new tricks in Raz’s arsenal. Time slow works on enemies and the environment to help you navigate whirring fan blades and incoming attacks. There’s also Mental Connection. This lets you dash between someone’s thoughts and connect ideas together to unlock new areas of their brain.

Each of your powers can be upgraded with a nice variety of effects if you collect enough figments and emotional baggage on your travels. You’re free to choose where to spend your points. So if you have a favourite power you can make sure it hits harder. I chose to make my Psi Blast bounce between enemies and reduce the cooldown of my time slowing. But if you prefer Pyrokinesis and melee attacks then there’s plenty to power up on that front too. 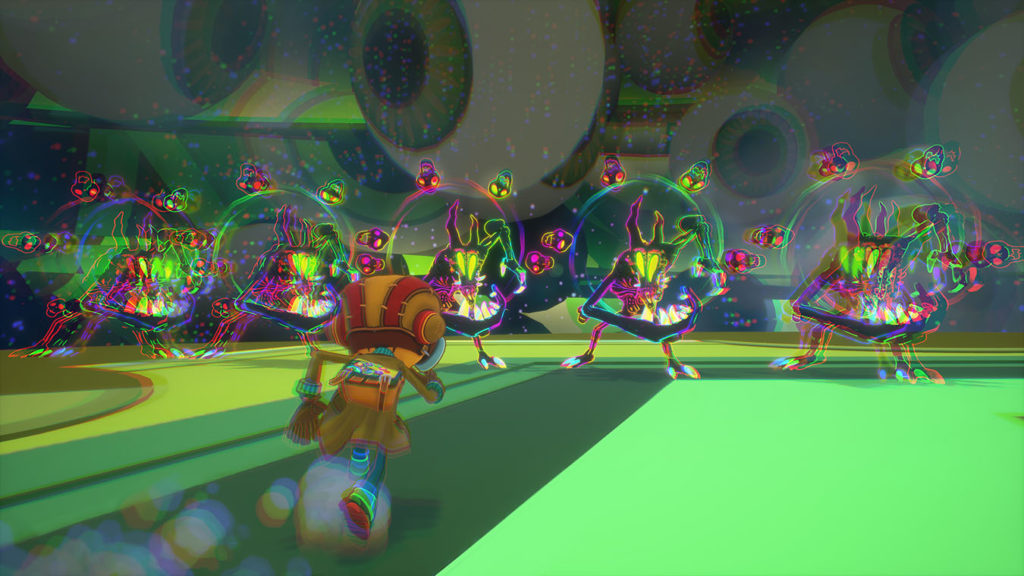 When you’re not wandering around a mind fighting inner demons, you’re free to investigate the base of the Psychonauts. After completing a few levels the grounds of the secret base fully unlock and you’ll have a sprawling open area to explore. There are plenty of helpful collectibles to discover in the real world too. This includes Psitanium for the shop, Psi cards to help level you up, and even items for a variety of side missions. The scavenger hunt from the first game returns. There’s also a bunch of other requests from your fellow interns and even Raz’s newly supportive family who set up camp in the parking lot. I really loved jumping and grinding around the outdoor areas. And when they unlocked I spent a good few hours happily gathering bits and bobs without a care in the world.

Psychonauts 2 isn’t necessarily a difficult game. But there are plenty of systems in place to help if you’re struggling. There are a ton of healing items to purchase for one, and not a huge amount to buy otherwise besides perk pins you can only equip 3 of. If you’re still having a tough time though, there’s no judgement in Psychonauts. Alongside some great accessibility features like colour blind mode and improves font legibility, you can make combat easier, turn off fall damage or even make Raz invincible. 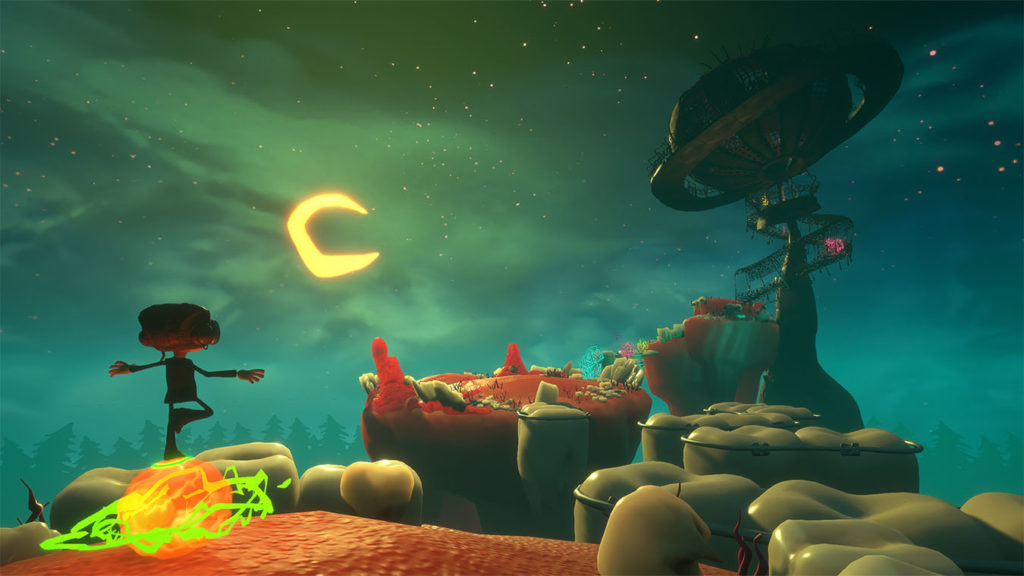 Something that almost immediately struck me about Psychonauts 2 is how polished it is. Just about everything has been tightened up since the original. The platforming feels better, the opening few hours are much more engaging. And I didn’t encounter a single bug throughout my entire playthrough. On my Xbox Series S the game ran smoothly from start to finish too.

It might not immediately be the most visually impressive game of 2021. But as you explore more and more worlds the themes really pop with entirely different art directions. One moment you’ll be in a spooky hair based world that’s dark and oppressive. But then you’ll enter a psychedelic music themed world with bold over the top colours I just wanted to live in. 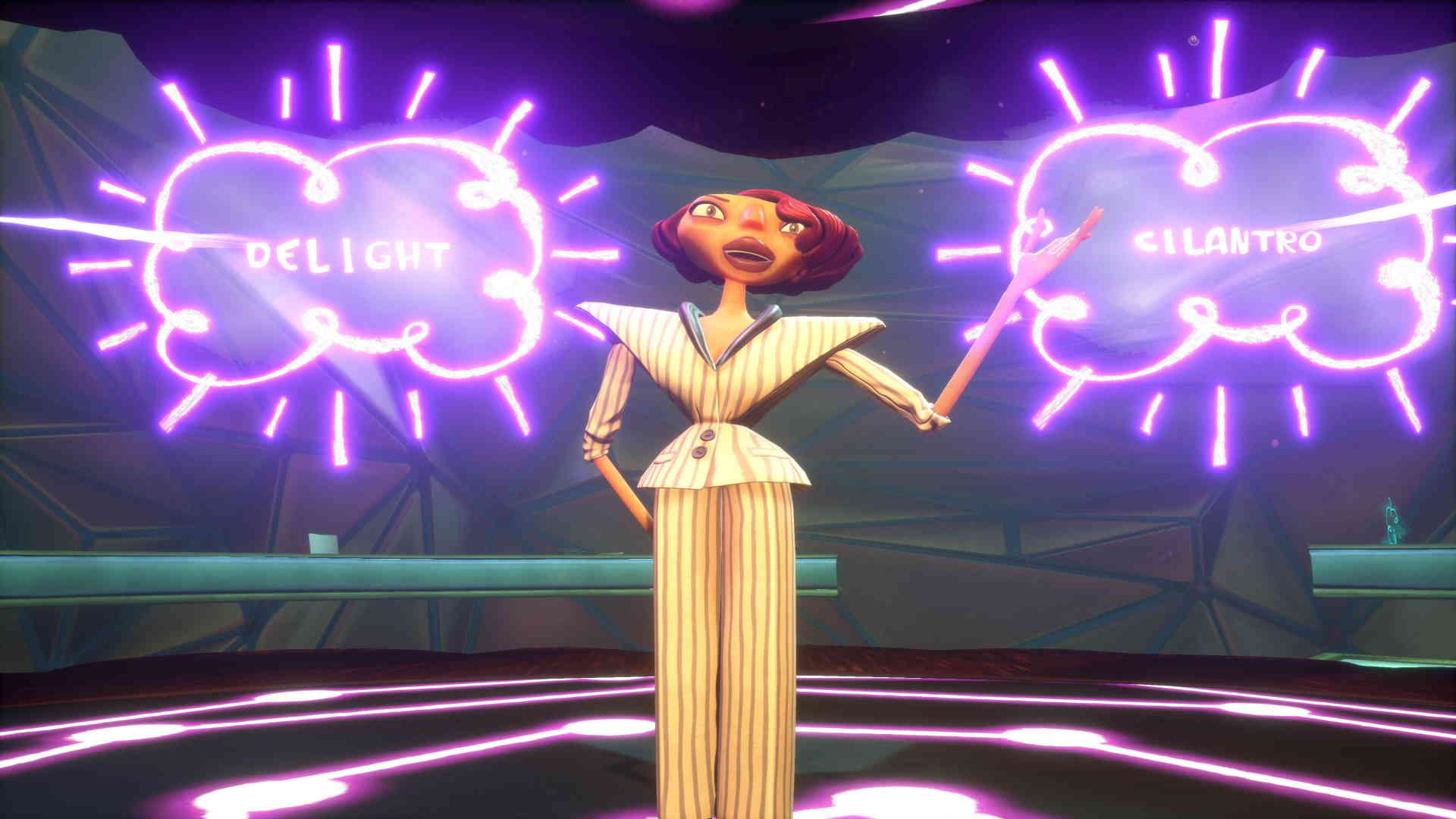 By far my favourite aspect of Psychonauts is how charming and unique the characters and narrative are. Spending time with new and returning characters consistently made me smile and laugh. Whether it was Raz’s wacky circus family or Coach Oleander trying to make sure everyone gets a turn to talk with the “talking turtle”. Every character is voiced to perfection too. Whether they are an ally that’s with you the whole game or a living tooth with one line.

Living up to the name

If it’s not apparent by now, I adore this game. If I had to pick one issue I had with it though, I think switching between powers is a bit clunky. The shoulder buttons can house any 4 powers at a time (although a couple are so essential I never removed them) and if you want swap them out you need to pause the game and manually assign them to new slots. In some areas where you need to use a lot of abilities back to back, it’s a little frustrating.

I really wasn’t sure Psychonauts 2 could live up to one of my favourite games of all time. But it actually ended up completely surpassing it. The pure charm of Double Fine is as impressive as ever, and the tightened up platforming is a delight. Each world you enter is more pleasing than the last. And the combat manages to perfectly blend with the cranial theme. Fans of the series will almost certainly adore this exceptional sequel. But if you’re on the fence then the Game Pass launch might be able to sway you. Psychonauts 2 will be talked about in GOTY discussions, and you should play it.

Switching between powers is a little sluggish

Psychonauts 2 completely surpasses the exceptional original game, and if tight platforming and Double Fine charm are what you're into. you should play it asap.