previous
How environmental storytelling turns subtlety into intrigue
random
next
The Walking Dead: The Telltale Series - The Final Season debuts in 2018
0 comments 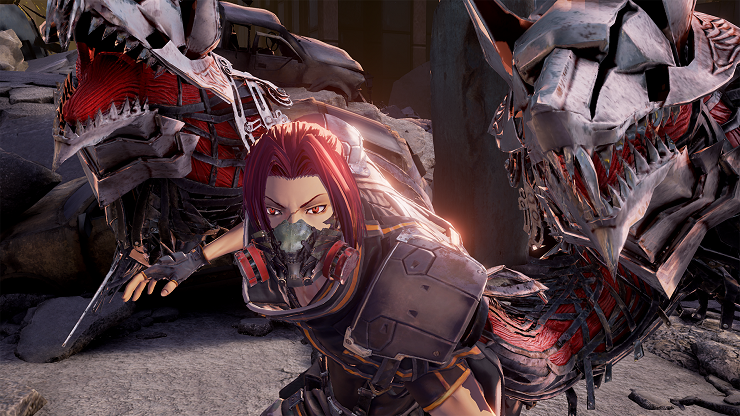 Bandai Namco have dropped a new set of screenshots for their upcoming game Code Vein, and, yes, it still looks good.

It could be argued that Code Vein is Bloodborne for weeaboos and all further information and screenshot drops strengthen this fact. Along with the screens they’ve given us a bit of info about the characters; Mia Karnstein and  Yakumo Shinonome

Mia’s a wandering female Revenant wandering in the land called “Vein”. She is accompanied by her younger brother (only family member she has left) whom she will do anything to protect. Her weapon of choice is a bayonet-styled weapon that can be used to attack at a distance.

Yakumo is a former mercenary and also a Revenant. Yakumo’s a faithful man who is good at taking care of others. He is loved by others and conducts himself in a cool and professional manner during combat.

The revenants are questing in the world of Vein to recover memories and generally slash monsters to bits, there’s still a ways to go until the game’s 2018 release, so for now take a look at the screenshots to pass the time. Remember, it’s coming to Xbox One, PS4 and PC.

A lover, not a fighter and an all round good guy (he would say that, he wrote this after all), he's happy to be here as part of GIAG.
MORE LIKE THIS
Bandai Namcocode veinPCPS4

Doraemon Story of Seasons announced for PS4, coming September
Support us on Patreon for exclusive content