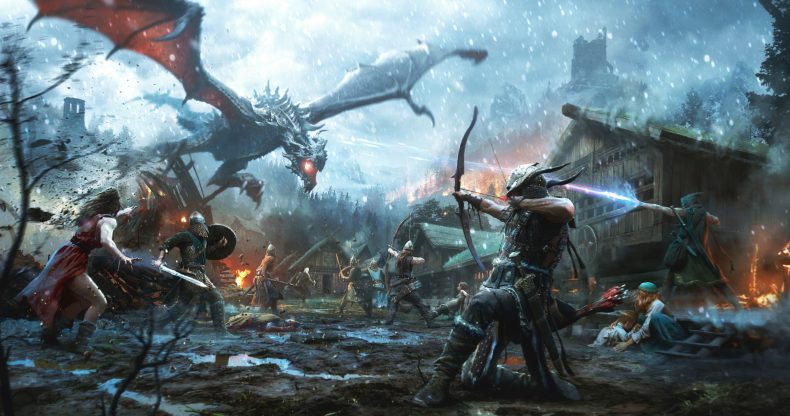 Bethesda has announced that The Elder Scrolls: Legends, the strategy game based on the award-winning Elder Scrolls series, is now available for download on iOS and Android via the App Store and Google Play store respectively for free.

New players just joining will also be able to take advantage of the recently-launched Heroes of Skyrim expansion which adds more than 150 cards to collect.

The Elder Scrolls: Legends is pitched as an “easy to learn, but difficult to master” card strategy game with a deep and flexible deck-building system and a variety of modes for both casual and competitive players, including a single-player Story Mode, Versus Mode, and Arena Mode against both human and AI opponents.

The Elder Scrolls: Legends is also available for download on PC via Bethesda.net and Steam, Mac via Steam, and tablet devices.

Likes to shoot stuff and wear pretty shoes. Is a BEAST at Titanfall.
MORE LIKE THIS
AndroidbethesdaiOSmobile gaming