previous
Watch a new trailer for Shadow of War showing off the Terror Tribe
random
next
Metal Gear Rising: Revengeance is now playable on Xbox One
0 comments 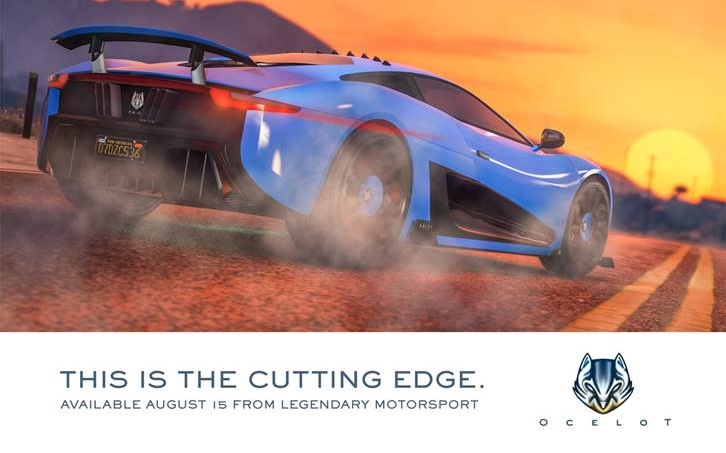 That picture above is the latest virtual supercar to be added to GTA Online, the Ocelot XA-21. And if you own it you’ll be the envy of pretty much no-one.

The update even gives the car it’s own marketing spiel, if you’re into that sort of thing: ‘The XA-21 is the latest monstrous creation to escape Ocelot’s experimental underground facility, leaving a trail of shell-shocked and visibly aroused onlookers in its wake. Packed with enough hybrid tech to make environmentalists salivate, the XA-21 is the epitome of cutting edge – now available exclusively at Legendary Motorsport.’

Anyway, if you’ve got the (virtual) money it’s probably worth owning.

Speaking of spare money, GTA Online is dishing out double GTA$ in its Sumo and Slasher modes, as well as to people doing Gunrunner sell missions. This does at least give you an extra avenue to get the funds together to buy a virtual supercar, like the one above.

While we’re talking about money, there’s also a 25% discount on the Route 68 bunker as well as 25% discounts on the below

So, whether you like to spend money or seek out a bargain there’s potentially something for you in this update.

A lover, not a fighter and an all round good guy (he would say that, he wrote this after all), he's happy to be here as part of GIAG.
MORE LIKE THIS
GTAGTA OnlineGTAVPC