previous
WWE 2K18's soundtrack has been picked by The Rock, straeaming on Apple Music now
random
next
Pokémon Ultra Sun and Ultra Moon get new trailer with story details
0 comments 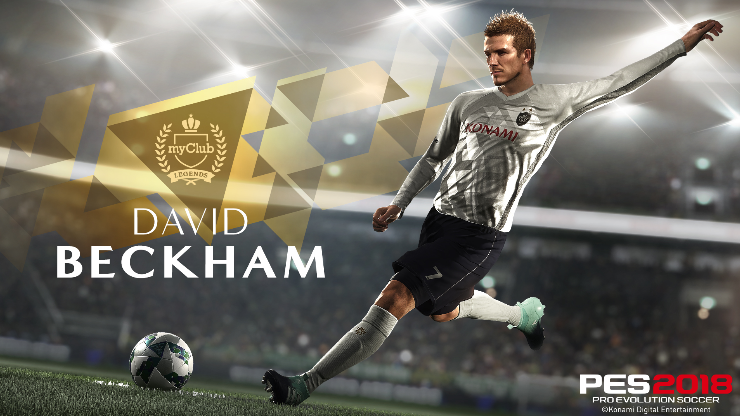 This agreement will have the legend join PES 2018. Beckham ended his career in 2013 with an illustrious journey behind. He played in more than 100 UEFA champions league and English League games. Beckham joins PES 2018 myClub which will release with PES 2018. He commented on this agreement and PES 2018:

“It is a great honour to join the roster of legends that work with KONAMI as PES Ambassadors. I look forward to seeing my career represented in this fantastic game, and working with such a talented team of people who obviously love football as much as I do.”

Watch the announcement video below: