previous
Metal Gear Rising: Revengeance is now playable on Xbox One
random
next
Big savings across the board at Currys PC World for the Summer
0 comments 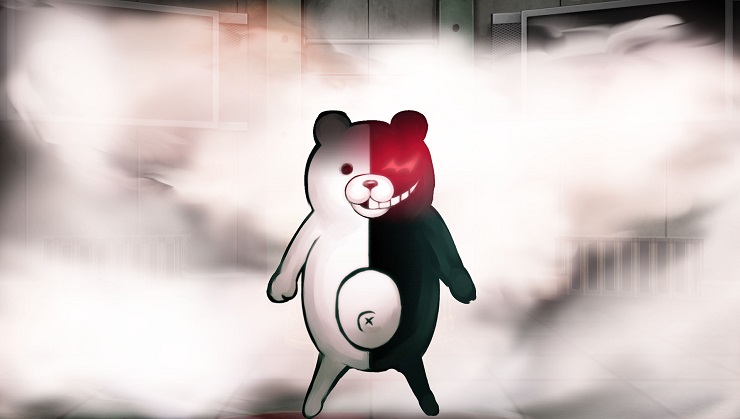 I love bears. Grizzly, Polar, teddy – they’re all amazing (although if I had to choose, black bears are my favourite) in my eyes. You may not be expecting to read this kind of article today, and it may be a bit random, but I’m sure there are many other bear lovers out there that would love a list that compiles the best bears in video games (look, just humour me, OK). Some have names, others are just bears that pop up in memorable moments. Some are realistic, animated, murderous, and others are just part of the scenery, but ALL add to my love of the furry beauties. And, after reading this list, please don’t cross the street to avoid me. Thanks.

Angus, Night in the Woods

Angus is one of the few bears in games you can relate to on a personal level. His boyfriend Gregg is a loose cannon as lovely as he is, and his friends are all a little selfish, but Angus is level-headed and respectful, especially to Mae. I found him to be the unsung hero of Night in the Woods. He’s smart, always willing to help without expecting anything else in return, and supports the one he loves without question or judgment – a lot like me, obvs. Easily the most morally decent bear in video game history. In a complete contrast to Angus, Monokuma is an absolute psychopath, and one of the greatest villains I’ve ever seen – not just in video games either. Terrorizing the kids of Hope’s Peak, he sets out to play Jigsaw the bear, making weird and unsettling noises to freak out the ultimate scaredy cats, and play judge at class trials that decide the fate of the poor students wrapped up in his sadistic games.

Yeah, the background teddies of James Pond II: Robocod are in this list. Why? Because look at them! The plinky plonky music in the background, Mr Pond bobbing up and down – stretching away, but all I could ever do was smile at the bears in bowties, making the levels look super pretty. Man, I want a remaster of that game. Or all of them, godammit!

The first time I played The Long Dark, it felt like I’d survived a real night in the woods. My palms were sweating, my anxiety was sky high, and my eyes were strained after trying to cut through the darkness of one of the most stressful evenings in video games I’d ever had. After reaching an abandoned cabin, melting some snow for water and eating some raw meat, I headed out into a wide-open spot in the forest. Finding some supplies by a frozen lake, I heard a piercing growl, turning to find a massive grizzly charging towards me. Not only did she stand tall above me, but she came down on me like a ton of bricks. Holy shit, did I jump out of my skin. It was the end of my life in The Long Dark, and even though it was at the hands of a bear, I’d much rather go that way than starving to death. OK, so it’s another nameless grizzly bear, but it needs to feature because the moment it comes out of nowhere made me shite my underpants. I’m not talking about Rise of the Tomb Raider (even though that was bloody terrifying), but the original game, where you’re exploring a tomb in Qualopec, Peru. There’s very little sound, so at the time it jumps out at you, you’re relatively relaxed for saying there are wolves about. A BEAR A BEAR A BEAR FUCK ME THERE’S A BEAR RUUUUUUUUUUUUNNNNN! Or so I shouted. I’ve never really recovered from that damn bear, but I bet he gives good cuddles.

A relatively new bear to the video game medium, but a bloody great one nonetheless. If you’ve ever played Super Meat Boy, Super Rude Bear Resurrection is a must, and getting to play as a cool af bear that loves a bit of grime makes me very happy (except when you have to watch the poor sod die over and over and over again). The only bear alive to potentially outrank Monokuma in the scary stakes, Mr Fazbear is a fucking nutjob who wants to kill you. He’s a real sod that you find yourself rocking in a corner, trying desperately to last the night so he doesn’t find you. The game itself has ran a bit stale over time, but playing the first game for the first time was refreshing, and pant-wettingly terrifying.

Video games are cool. Don't let anybody tell you any different.
MORE LIKE THIS
Danganronpafive nights at freddy'snight in the woodsThe Long Dark