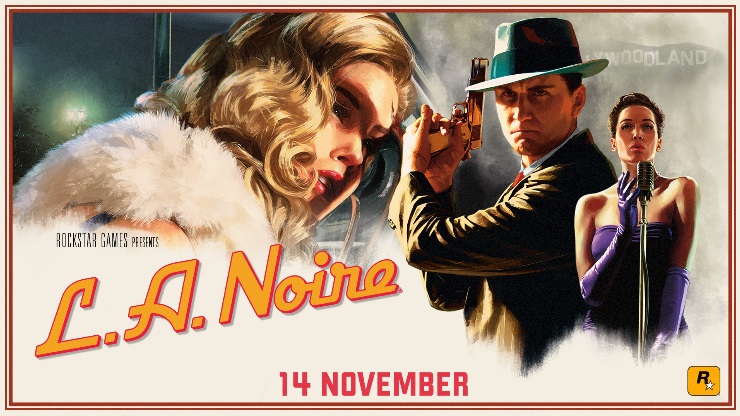 Rockstar will be bringing LA Noire to PS4, Xbox One, and Nintendo Switch. There will also be LA Noire: The VR Case files for HTC Vive. Here’s what Sam Houser of Rockstar Games had to say:

“We’re excited to bring L.A. Noire’s unique mix of real detective work, classic Hollywood atmosphere and thrilling action to these new platforms. Now with a choice of spectacular virtual reality, stunning 4K, or the freedom of portable play, these enhanced versions are a perfect opportunity for players to experience this richly detailed world in a whole new way.”

The Switch version has the original game with all DLC included in addition to enhancements like a Joy-Con mode with gyro and gesture based controls. It also includes HD Rumble and touch screen controls as an option. The PS4 and Xbox One versions will be 1080p on the PS4 and Xbox One while the PS4 Pro and Xbox One X get 4K visuals.

All the above mentioned versions release on November 14.