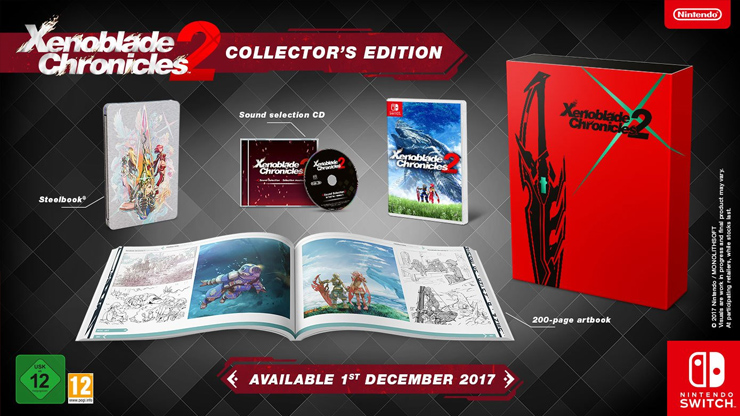 Nintendo has been having an amazing year so far. When they revealed the Switch, one announcement felt too good to be true for me. I never expected Xenoblade Chronicles 2 to actually release this year. Well, at the Direct, we go a release date. Xenoblade Chronicles 2 releases on December 1 worldwide. It will also get a limited edition pro controller that you can check out below:

The Collector’s Edition that got announced includes the following:

Watch the new trailer below: