previous
An interview with the Star Wars Battlefront II Designers on Loot Boxes, Criterion’s input, and chickens
random
next
The End Is Nigh launches on December 12 for Nintendo Switch, NA launch edition detailed
0 comments

EA DICE say ‘changes will be a constant’ in Star Wars Battlefront II, reduce cost of main heroes by 75% 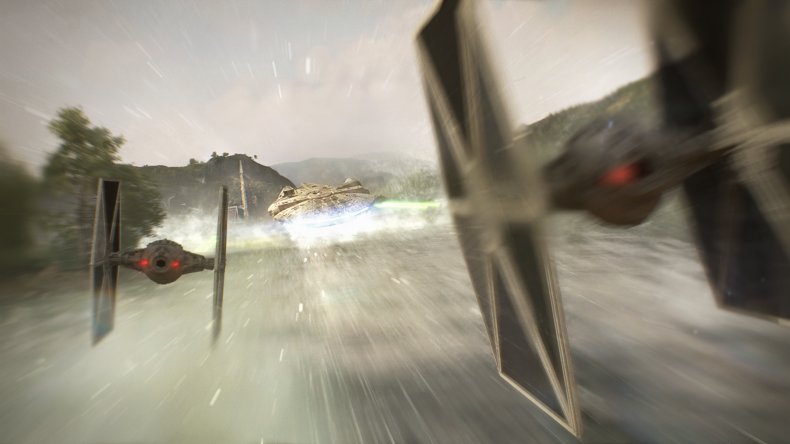 In a post on EA’s official site, John Wasilczyk, Executive Producer at DICE has detailed the changes they’ll currently make with Star Wars Battlefront II, and also how the game will constantly be changed to “ensure the game is balanced and fun both today and for years into the future.”

Whilst many people on social media feel the initial cost of these heroes was too high, it seems the backlash was rather harsh considering the game isn’t actually out yet (releasing November 17), EA DICE has outlined plans regardless. “We’re reducing the amount of credits needed to unlock the top heroes by 75%. Luke Skywalker and Darth Vader will now be available for 15,000 credits; Emperor Palpatine, Chewbacca, and Leia Organa for 10,000 credits; and Iden at 5,000 credits. Based on what we’ve seen in the trial, this amount will make earning these heroes an achievement, but one that will be accessible for all players,” John said.

“It’s a big change, and it’s one we can make quickly. It will be live today, with an update that is getting loaded into the game.” Mr Wasilczyk also stated that “key leads” from the team will be holding a Reddit AMA on Wednesday, so if you have any burning questions, make sure you’re available to give them your feedback. Again, more details are available from the blog post about EA DICE’s vision. If you’re excited to play Star Wars Battlefront II, why not read our review right now.

Video games are cool. Don't let anybody tell you any different.
MORE LIKE THIS
ea dicestar wars battlefront II