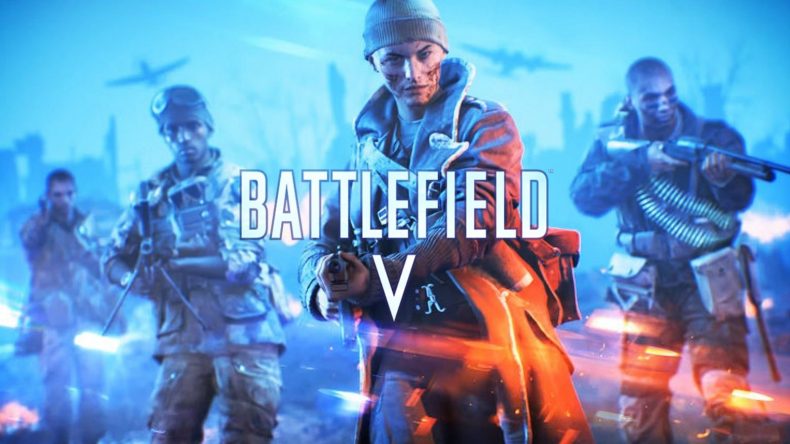 Battlefield V is without a doubt the best multiplayer Battlefield experience we have seen in years. The improved movement systems, overhauled weapon mechanics and classic Battlefield modes make every match a pleasure to play. Even if you get destroyed there will still be a lot of moments that feel amazing, and in just a few days there has been more nail biting finishes to matches than most other shooters will produce in months of play. But once you start to move away from the moment to moment action things start to look a little less perfect.

Starting off with the single player War Stories, which are certainly the best way of doing a short single player campaign for a shooter that is mostly about the multiplayer, there are only three on offer, outside of a short prologue that is more of an interactive cutscene than anything, and a fourth one is coming post release. None are long enough for you to build a real emotional attachment to the characters, and despite DICE always saying these are about real people and not super soldiers who single handedly win the war, there are a lot of acts where you alone, or with one other person, will take down entire battalions of foes. Actually plaything through the War Stories is certainly enjoyable, and with a range of options on how to complete certain objectives you can totally replay them multiple times, but they mostly feel too short, and the emotional hits mostly fail to land, purely because of a lack of time spent with the characters. They are a fun distraction, but ultimately two of the three feel almost entirely forgettable, with only the Tirailleur War Story having any kind of lasting impact.

Fortunately the multiplayer side of things is very different, and anything but forgettable. Even a week after playing my first set of matches I can still tell you exactly how some of them went, like the time I dropped a V1 rocket onto a tiny bridge to destroy three vehicles that were closing in on our controlled points, or when we managed to completely shut out our opponents throughout an entire Grand Operation, not losing a single round. Almost every match genuinely feels like a back and forth between teams, and unlike many other shooters, actually winning feels like an achievement, and not just the end of the fun shooty times. A lot of the memorable moments are team based achievements, but there is certainly room for some massive individual plays. A relatively quick time to kill means that with some good spray control, which is mercifully easier thanks to the removal of random recoil patterns, you can easily take down multiple enemies without having to reload and feel like you just single handedly turned a key fight. The gunplay feels incredible and easily offers up the best moment to moment action that Battlefield has ever seen.

Combine that moment to moment action with some really well designed maps, with Twisted Steel easily being the best of the bunch in terms of spectacle, and the multiplayer is simply a joy to play most of the time. Sure there will be frustrating moments, especially in modes where failure to complete an objective simply sends you back to the previous one, but most of the time it is impossible not to smile as you fight your way through what feels like hundreds of foes on route to your objective. Unfortunately a couple of the big new additions fail to hit the mark. The ability to build defensive structures and fortify objectives is something that only becomes useful on certain maps and objectives, and if you want something you could totally ignore with no consequence. Most of the fortifications feel a little weak and can even hinder your ability to defend if placed poorly.

Then the focus on squad play, with anyone being able to revive a squad member, big support items that the squad leader can bring in, and the ability to resupply teammates, means that Battlefield V feels much better to play with a squad that you can actually communicate with. Being able to call for a revive via voice chat instead of spamming the in game options is much more effective, and coordinated team work will lead to a much better experience than having three other randoms running around on their own with no plan in mind. It’s certainly not impossible to play without friends, but it always felt better even with limited voice coms. Perhaps the biggest misstep when it comes to new additions is the cosmetic items players can unlock to make characters look different. It just feels very underwhelming, with limited opportunities to show off your cool looks and a selection of cosmetics that wouldn’t look out of place in The Edinburgh Woolen Mill. Digital hats are great, and something I have invested significant money into before, but here it just felt like most of the cosmetics added very little, and honestly with most of them you would struggle to realise they weren’t the basic character model.

In the grand scheme of things these issues, are somewhat minor gripes in what is a very good multiplayer shooter. If all you want to do in jump in and shoot some dudes then you will have the time of your life, with moment to moment action that feels incredible and some really great maps and modes. It’s unfortunate that the headline new additions are mostly forgettable, but when you have a formula that works as well as Battlefield has for years, there is very little reason to change too much of it.

As a complete package Battlefield V currently feels a little disappointing, but once all the planned post launch content rolls in such as the fourth main War Story, new maps and modes, including DICE’s take on battle royale, this could well be the best Battlefield title of all time. But in it’s launch state there’s just not enough there to make this more than a very good multiplayer shooter. If that’s all your looking for then you probably won’t have any issues, because it offers that up almost masterfully, but for those that had hopes for more the best way to describe this is underwhelming.

Battlefield V plays exceptionally well, but with a real lack of content at launch, it seems such a shame.