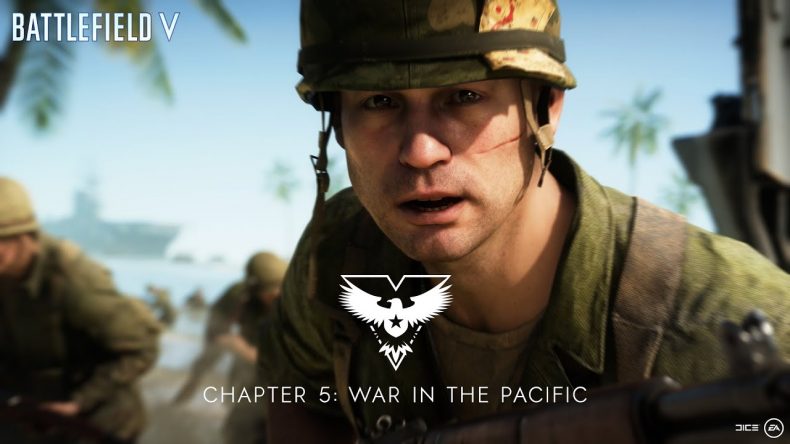 DICE is bringing players back to the battle of the Pacific in World War 2 with Battlefield V Chapter 5: War in the Pacific.

The first two maps being released are Iwo Jima and Pacific Storm, two locations players of the Battlefield franchise will be familiar with.

Iwo Jima is a highly dynamic map that has the US and Japanese forces engaged in a beach landing invasion across wide-open black beaches and close range environments. Pacific Storm provides more water-based combat taking players through treacherous waters on a set of islands as they must secure control points using boats, tanks or aircraft.

Over the next two weekends, players can check out Battlefield V including Chapter 5: War in the Pacific via a limited Free Trial. The Grand Operations mode will be available from Thursday 24 October til Monday 28 October, and Chapter 5 : War of the Pacific becoming available from Friday 1 November through to Monday 4 November.

Likes to shoot stuff and wear pretty shoes. Is a BEAST at Titanfall.
MORE LIKE THIS
battlefield vdiceIwo Jima