previous
The Battlefield V interview: “No more random deviations on bullets, it's very much skill based"
random
next
Fallout 76 post launch support includes faction based PvP, and a lot more
0 comments 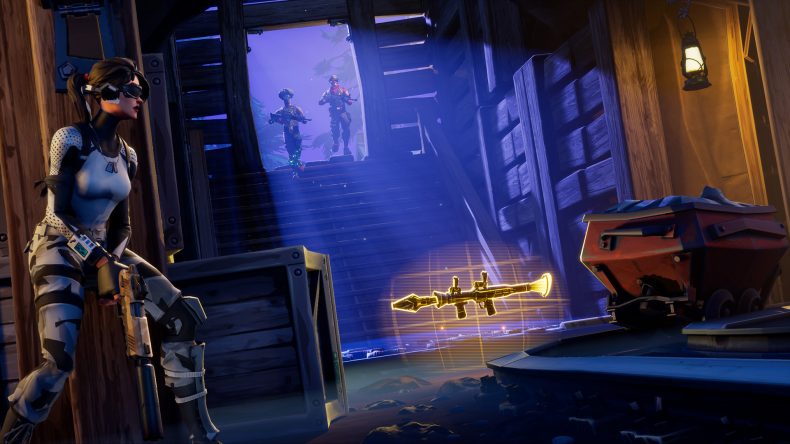 I know people are getting sick of the term “battle royale” now that every game seems to be adding the mode, but there is no denying its popularity. PlayerUnknown’s Battlegrounds may technically not have been the first game to do it, but it sure as hell put it on the map. I mean, it sold over fifty million copies across all formats in a little over a year. That’s an incredible feat, considering it was essentially an indie game that started life as a PC exclusive.

Word of mouth (well, Youtube/Twitch) meant that its success grew after its original March 2017 early access release on Steam, eventually catching the eye of Xbox, which mean that it found its way onto Xbox One’s Game Preview platform, with mixed success in the eyes of players. Even now, despite having reached version 1.0 on both PC and Xbox, it isn’t exactly the most stable game. The Xbox version still struggles in its performance, though PUBG Corporation is working tirelessly to nail the performance on console. A good reason for this is probably due to the smooth performance of Fortnite’s Battle Royale, the spin-off game that was born from a kind of tribute to PlayerUnknown’s Battlegrounds. I must confess, I originally thought that it was a bit too close to PUBG, to the point that it was essentially ripping ideas wholesale, which is probably the kind of thinking that led to Bluehole’s (eventually abandoned) legal action against Epic Games. There are big enough differences however, that Fortnite BR has become its own thing entirely, within a new subgenre that PUBG Corporation unwittingly created when Battlegrounds found such huge success in such a short amount of time.

Now that arguably the biggest shooter ever, Call of Duty, has entered this battle royale genre, I think it’s safe to say that it’s here to stay. We’ll get back to its Blackout mode later, however.

Now, I absolutely suck at online shooters. I have neither the reflexes, nor the patience to learn maps that underraged children have already commited to memory within hours of the game’s release. I enjoyed a brief stint of fun on Overwatch during its first year, partly thanks to the way it encourages team play and partly because it’s not exclusively about the shooting. I found myself gravitating toward characters like Mercy, who is all about healing and buffing teammates, instead of getting right into the action where I would obviously end up dying endlessly. Even there though, things began to take a downward turn and I’d be dying more often, the fun being sapped from any PvP encounters. I have enjoyed a couple of online shooters in the past, including a long love affair with the excellent Uncharted 2 on PS3. Unfortunately Uncharted 4 couldn’t match that same level of fun in its multiplayer, but I did enjoy a bit of that too, because it was as much about the climbing and teamwork as it was about the shooty bang bang stuff. Then there were the few months during the best days of Battlefield: Bad Company 2, where myself and a couple of friends would play weekly, enjoying the delights of its destruction and large-scale battles. I died an awful lot, but there was just something about Bad Company 2 that kept me coming back. None of the Battlefield games since have captured that magic for me, unfortunately.

I think the problem I have with today’s online shooters is down to the way they reward the best players by essentially making them even harder to kill. They’re given better weapons or ridiculous power-ups/perks that basically mean players like myself (old and useless, I won’t lie) simply don’t stand a chance. I have played things like Titanfall, Gears of War, Battlefield 4 and recently Call of Duty: Black Ops 4 in regular competitive matches and I tend to die within thirty seconds of spawning, again and again and again. It is possibly the least fun thing in gaming, for me. Why would I subject myself to that?

So why did I willingly part with my money to play PlayerUnknown’s Battlegrounds on PC? And why did I do so again, when it came to Xbox Game Preview? Well, originally, I fell prey to the same Youtube phenomenon everyone else did. I’m not going to lie about that, I enjoy watching things on Youtube. Deal with it. Anyway, I liked what I saw of a game that wasn’t necessarily about the shooting. It was a game where everyone started with nothing, and had to find their own weapons after jumping from a plane that travelled across the map in a random direction every time. There was no way of ensuring that you would get the drop on anyone, no way of getting more powerful through perks and whatnot. Everyone was on a level playing field at the start of every single match. I liked that. As with most people in the known universe, I also gave Fortnite Battle Royale a go. It was free, so why not? I have said in the past that I prefer PUBG when I play solo, but Fortnite feels more fun and lively when played with friends. Sadly, life prevents that more often than not, these days, which is why I gravitate back to the slower-paced solo game of PUBG.
Honestly, the reason why I struggle with Fortnite is because I can’t build fast enough. In the time it takes me to remember how to actually build a wall or ramp, others will have constructed an apartment complex with attached car park.

Thing is, it is still entirely possible to play Fortnite without building, without firing a shot even. In PUBG, you can concentrate on surviving by parachuting to more remote locations and sticking to quieter spots. People joke about it being the coward’s method, but it’s actually a legitimate way of playing and it ensures that players like myself can enjoy the game. I’ll fight when I need to, otherwise I try to avoid combat and essentially outlast the more gung-ho players and it has served me well, often leading to top ten finishes and even a few third places.

Speaking of third place, on an early game in Call of Duty: Black Ops 4’s new Blackout mode (I told you we’d come back to it) I survived to reach third place without ever firing a shot. Again, you might scoff and call me a coward, but I enjoyed myself and that is something I never thought I would say about an online game of Call of Duty. And isn’t that what games are all about: fun? It’s easy to say that Blackout is a bit too similar to PUBG, or that all these battle royale modes are just aping it, but I think it’s safe to say that it no longer belongs to Bluehole’s game. In the same way that team deathmatch or capture-the-flag became modes seen in most online shooters, battle royale is no different now. Each game brings with it its own unique take, whether it be the building of Fortnite, the perks of Blackout or the objectives found in Battlefield V’s Firestorm mode, and each will help to shape this ever-growing mode into what I suspect will eventually be a standard in every online shooter.

Battle royale has finally allowed me to survive and find enjoyment in online shooters. I’m no longer caught in an endless loop of death, like Tom Cruise in Edge of Tomorrow, only he at least had Emily Blunt for company which made it more bearable. If I die in PUBG or any of these games, I can simply load into the next match and attempt to last a little longer. I may never experience the joys of that chicken dinner, but at least I will still have fun trying.

And I’m okay with that.

MORE LIKE THIS
battlefield vcall of duty: black ops 4Fortnitepubg