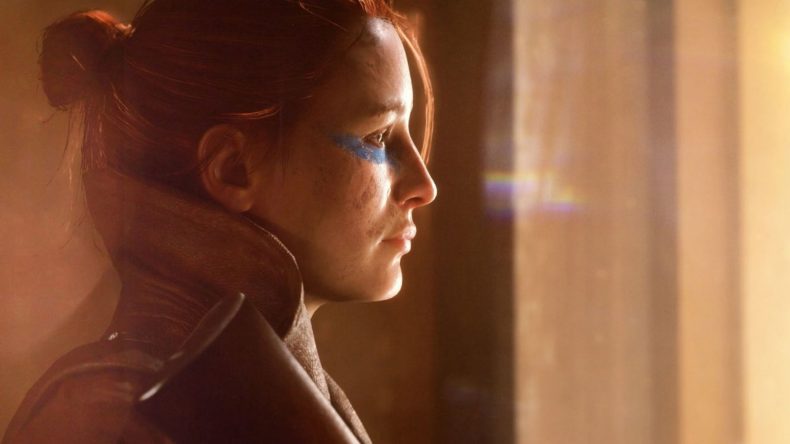 Sometimes I see a news headline that shows just how far we’ve come as a society and I feel proud. It’s been tough, but we got there, right? Anyone regardless of sexual orientation can marry, the #MeToo movement showed the power that women have despite the troubles still facing them in the workplace, and after the Kevin Spacey fiasco people were standing up against the bullies, abusers, and harassers to get their voices heard despite the backlash. Seeing those affected stand up to those that’ve wronged them warmed my heart and showed things have changed a lot, but there are still issues that poison social media and elevate obnoxious keyboard warriors to our timelines that offend with their opinions, and the #NotMyBattlefield hashtag is one such problem that highlights the ignorance many still have.

It is these movements that worry me. Many are disgusted that a woman graces the cover of the game, and feature heavily in the release trailer. One Twitter user said, “Dear retard at @EA_DICE the last thing you created was excitement,all you did was desecrate the graves of those who went to war in WW2 granted women were in WW2 but they were in the place they belong the kitchen and the infirmary. #NotMyBattlefield #EA_DiceBlows #NoWomenInCombat.” Firstly, learn to use grammar properly, secondly get your facts right. World War II was the first time women served in the US military in an official capacity. 350,000 served in the United States Armed Forces, being part of official services such as the Women’s Army Auxiliary Corps, the Women Airforce Service Pilots (WASP), and the Women Accepted for Volunteer Military Services (WAVES). They even served in the Marines and as part of the Coast Guard called SPARS. Whilst only 2% served in frontline combat for the US Army, that’s still 320,000 women, with 8% in the Soviet Union, and 10% in Britain, who were also the first country to introduce conscription for women as well.

My gran fought in the Air Force on the barrage balloons, and was also one of the first to find out that WW2 had ended, so when I see this kind of bullshit on Twitter, it angers me. A lot of women didn’t fight, but they still served elsewhere for their country, be it as a medic, telephone operator or cook. The current Queen of England served as a motor mechanic in the British Army for God’s sake, a role many women helped to fill so that we could maintain a strong offensive by supplying munitions, and repairing damaged tanks, planes, and more. It baffles me how people can be so ignorant and disgusted about women featuring in gaming, especially when it is one based on fact. EA DICE has been very cautious about offending war veterans as well as respecting the extreme suffering many faced during the two great wars of the 20th century. Battlefield 1 was moving, never glorified battle, but also didn’t shy away from the severity of the sacrifice billions made to defend their country. It seems in an age where respect is less and less garnered, and self-importance floods the internet many forget. Less we forget.

Another Twitter user posted, “#battlefield #notmybattlefield #dissapointed I wanted classic ww2 with tigers, luftwaffe, D-day. Not arcade feminist political correct fortnite battleroyale game with handicapped women with robot arms. First time dissapointed with Battlefield game.” (N.B. I’m not correcting spelling mistakes for a reason). People, it’s a fucking video game! No game, despite its historical accuracies is 100% correct. In a great article on PC Gamer, they played Battlefield 1 in front of a World War 1 historian, and of course, there were various inaccuracies, such as the MP18 Bergmann having a bayonet lug when it shouldn’t, some of the German uniforms not having the correct cuffs, and those Zeppelins weren’t used in the way they’re represented. Video games are an escape, and we play them to take us away for a few hours. Sulking about such insignificant things and creating a hashtag to moan on a social platform about women in a WW2 game is disgusting and dangerous. Apparently, EA DICE are “disrespecting millions of men that died”, and “to have women in the forefront suggesting a dominant role is utterly ridiculous,” but it’s an important decision. It disgusts me that so many are dismissing the actual point Battlefield V is making.

Maybe women didn’t do exactly what happens in the trailer, but so fucking what. “Historical accuracy” has always been absent in Battlefield games in some capacity, so why can’t we just accept it now – we always have before. I’m sure many veterans would be disgusted at how all the insecure and misinformed idiots commenting on the game would be disgusted because it dilutes everything they fought for: freedom for all. Freedom for everyone regardless of sex to be equal, to live in a world where we are one, all fighting to make our lives better whatever the cost. I’m ashamed that such single-minded people exist. Video games, eh?

Video games are cool. Don't let anybody tell you any different.
MORE LIKE THIS
battlefield vea dice