previous
Sorry, James is a text based adventure set on an old PC
random
next
EA to acquire Respawn Entertainment
0 comments 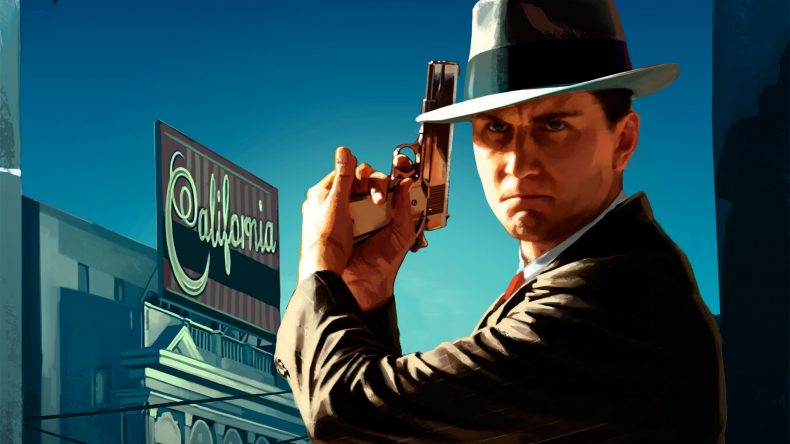 It seems like the done thing this generation to re-release an old classic, with ‘remastered’ visuals, and extended cutscenes/new puzzles/new locations you wouldn’t know if they were new because it had been so long since you were a part of that world anyway. It’s fine if you’re into that kind of thing, but it’s happening a lot, and you can’t help but wonder what the point is, other than to get some easy money rolling in. When I heard about L.A. Noire coming back, I was actually pretty chuffed, mainly because Rockstar Games I absolutely loved the game when it released 6 years ago, but I was still curious as what bringing it out now would do for it.

I headed down to London recently to spend a few hours playing L.A. Noire. I got to see the game in two of its soon-to-be-released forms. It’s making its way onto the PlayStation 4 and Xbox One, but we know what the improvements are going to be there, and to be fair, that’s why Rockstar opted to show me how it played on the Nintendo Switch, and the HTC Vive.

For those of you who aren’t familiar with L.A. Noire, it’s a crime thriller set in Los Angeles in the 1940s, following the life of Cole Phelps, a new cop in the LAPD. You investigate a series of murders (sharing many similarities with real life killers and cases) and other crimes, helping you to rise to the top of the police force. Unfortunately, you also uncover a sinister side to post-war life in a deflated America. It was also a groundbreaking title that incorporated MotionScan, a new kind of technology that captured every expression and quirk on an actor’s face, allowing you to read their reactions to tough questioning and certain situations. It was a cinematic masterpiece that changed the way narrative storytelling was used in video games, and I adored it.

This was my first experience of Virtual Reality, and I was pretty terrified I’d feel sick and pass out, or ask for a break like a noob. Thankfully I remained on my feet, and absolutely loved the experience. L.A. Noire’s VR Case Files are wonderful, allowing you to play out a range of missions from the original game. Tethering the cases together is Cole’s office, and between missions you can look around and interact with pretty much everything. You can pick up your cigar, put a new record on the record player, or check out the books in your office library to name just a few things available to you. It feels very much like you’re in one of those detective movies, and it was great. When you’re ready to go, you just pick up your case file and choose one of the 7 cases available to you (after you’ve become familiar with the controls in the tutorial). For those familiar with the original, Buyer Beware is one of the first cases you do, and it has you investigating a dead body on the sidewalk, outside Nunn Bush Shoes. In VR, you can move the body, look inside his jacket for clues, along with investigating the surrounding area. It was quite something playing this mission in VR as it’s incredibly immersive, giving you full 360 degree movement. You can walk to a location by moving your right arm forward and backwards, or double click on a location to move to it; alternatively you can look at an item and a yellow outline will appear so you can then transport to it. It’s very easy to get from one place to the next, and with all the evidence you need to find, it really helps.

When talking to witnesses, the gameplay has been changed to feature a more intuitive interrogation, allowing you to play good cop, bad cop, or straight up accuse (replacing truth, doubt, and lie). You can look down at your notebook to reference any evidence you found, and if you think you’ve got them, feel free to accuse, just be careful you don’t push your suspect. It’s amazing how better it is to read the person you’re interviewing’s reactions, and knowing whether they’re lying or not is much easier to spot up close. After interviewing Clovis Galletta, I drove to Hartfield’s Jewellery Store with ralph, Cole’s partner. I literally had to drive the car by turning on the ignition, getting it into gear, and pushing down on the accelerator. It felt natural, and rather easy to get used to, adding to the whole experience of being a cop. If you can remember what happens next, you’ll know Cole ends up chasing your prime suspect Edgar Kalou to the rooftop. I engaged in a fight, using my arms to block and throw a punch when the time is right. If you move back, he’ll follow you allowing you to launch forward and catch him in the jaw. Hitting him in the stomach caused him to hunch over, meaning you could get in a punch to his face. After a few 1-2 combos and a good couple of blocks, Kalou went down and the case was over. If I owned A HTC Vive, I’d be on this as soon as it’s released. It’s immersive and fun, and Rockstar has incorporated every element of Cole’s arsenal to make you feel like you’re solving the case and catching the bad guys.

On the Nintendo Switch, L.A. Noire looks pretty damn good. I was investigating another murder victim, but the improvements make these moments much easier to do. You have a freer cam to survey the area, and the touch screen can be used to swipe your notebook, and tap on locations to go straight to them. When playing on a TV screen, the JoyCons can be used to move your hand over a suspects body and investigate by moving your hands. Also, move objects with your hands, encouraging realistic investigation practices as opposed to pressing buttons like the original. Many may find this arbitrary, but the new controls work really well and help to make the game much more immersive, especially when playing with a docked Nintendo Switch.

I was impressed with what I got to play, the only problem being I’ve got to wait a little longer to play the complete game. If you thought this was just another re-release, you’re wrong. Going back to L.A. Noire after all this time was like I’d never been away. I was instantly hooked, enticed by the music, the world, and the dark underbelly of 1940s Los Angeles. If you’re new to the series, this is the perfect game to pick up on the Switch, and if you own a HTC Vive, it’s a no brainer.

Video games are cool. Don't let anybody tell you any different.
MORE LIKE THIS
htc viveL.A NoireRockstarswitch