previous
Sea of Thieves releases on March 20, 2018 for Xbox One and Windows 10
random
next
Enter the Gungeon releases on December 18 for Nintendo Switch
0 comments

Romancing SaGa 2 releasing on December 15 for PS4, PSV, Switch, Xbox One, and Windows 10 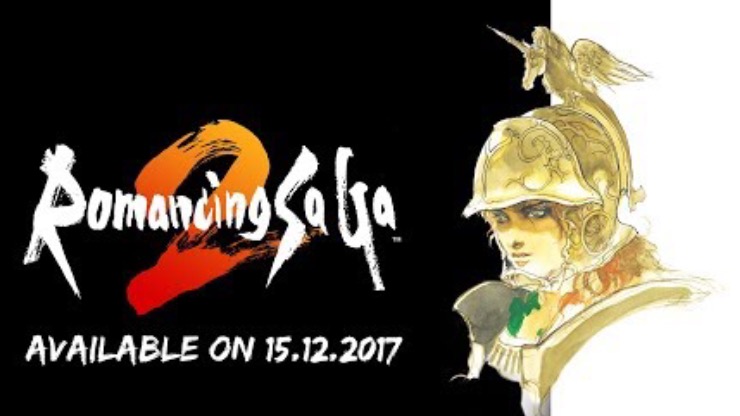 Romancing SaGa 2 is hitting multiple platforms next week in English.

Square Enix is releasing the classic RPG Romancing SaGa 2 on multiple platforms. It initially released on iOS, Android, and PS Vita in Japan and made it to the West on iOS and Android. The Vita version has been up in the air for a while for English speaking regions. It is finally coming to Vita in addition to basically everything else. Watch the trailer below:

Romancing SaGa 2 will be discounted by 20% at launch until January 8 and the mobile versions will also be discounted.

Romancing SaGa 2 will release on PS4, PS Vita, Xbox One, Windows 10, and Nintendo Switch on December 15.