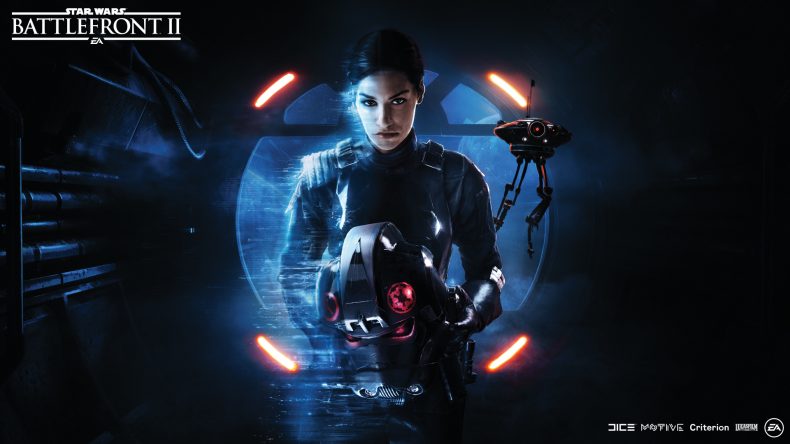 EA has announced that the first free season of content for Star Wars Battlefront II is now available.

The new content features content inspired by the brand new movie, Star Wars: The Last Jedi with both Captain Phasma and Resistance Hero, Finn now featuring as playable heroes. Both characters are unlocked and available without the need for the in game credits for those players who log in during this season.

In addition to the new characters, players can also experience two new locations from the film: Battle on Crait in epic 20 vs 20 Galactic Assault matches or go above the Resistance Base on the planet D’Qar in intense 12 vs 12 Starfighter Assault dogfights in space.

To begin the Star Wars Battlefront II The Last Jedi season, players must first choose to fight for the Resistance or The First Order. This choice will be linked to recurring challenges that will rewards players on both the individual and faction-wide levels.

Likes to shoot stuff and wear pretty shoes. Is a BEAST at Titanfall.
MORE LIKE THIS
diceEAea motivefree dlc