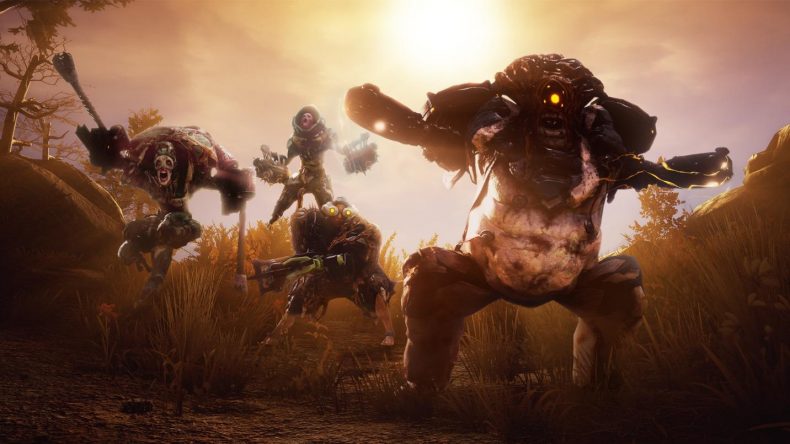 Digital Extremes has injected a dose of gruesome action today in Warframe’s Plains of Eidolon with the Ghoul Purge Bounties.

The grounds of the Plains have erupted with beings of Grineer origin – Ghouls that overrun their victims in a gruesome mass of limbs, toxin and violence. You can encounter them via a Ghoul Alert, or by stumbling across their graveyards through incursions or Bounties.

There are four Ghouls in total: the Rictus Ghoul, who wields a deadly buzz saw it can ride to battle; the Auger Ghoul, armed with dual flame-throwers that double as drills it uses to dig down into the earth in one spot, disappear, and surface in another for a surprise attack; the Devourer Ghoul, a hideous, pustule-laden beast, attacks with a lengthy tongue, spiked fists, and a jet pack to thrust him forward to shred Tenno to bits; and the Expired Ghoul, who dons bomb-spiked gloves to beat and detonate enemies to pieces.

To counter the Ghouls players can arm themselves with a handful of authoritative weapons including the Corinth, a double barrelled shotgun that’s commanding and explosive up-close; the sleek, deadly Gunsen, a steel-bladed, fan-like weapon that slices the throats of unsuspecting enemies in a second; the satisfyingly brutal four-barrelled Quartakk rifle; and the Grineer favourite, a compact, high fire-rate, automatic Uzi dubbed the Stubba.

This free update is available on PlayStation 4 and Xbox One today.

Likes to shoot stuff and wear pretty shoes. Is a BEAST at Titanfall.
MORE LIKE THIS
Warframe