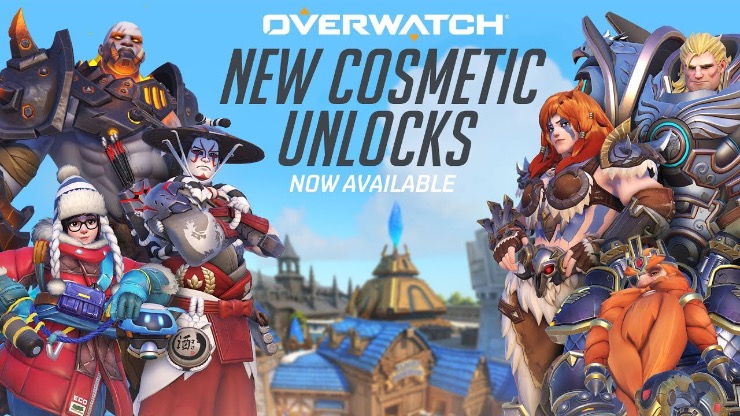 Blizzard just updated Overwatch on all platforms with Blizzard World and the new cosmetics update.

Announced a little while ago, the new cosmetics coming to Overwatch have been slowly revealed on Twitter. The patch today also includes the new Escort / Assault Map, Blizzard World.

Highlights from the patch are below:

Relive where you took your first steps in Azeroth, where you confronted the Lord of Terror, and where you spawned your first zerg rush—all of these epic memories come together on Overwatch’s newest Assault/Escort hybrid map, Blizzard World! This theme park brings the magic of Blizzard’s many worlds into one place so your most epic memories can come to life as you attack and defend the payload across Azeroth, Tristram, and the Koprulu Sector.

The Blizzard World map will be disabled in Competitive Play until the start of Season 9. It will be available in Quick Play and Custom Games starting with today’s patch.

Overwatch and Overwatch: Game of the Year Edition are available on PS4, Xbox One, and PC.