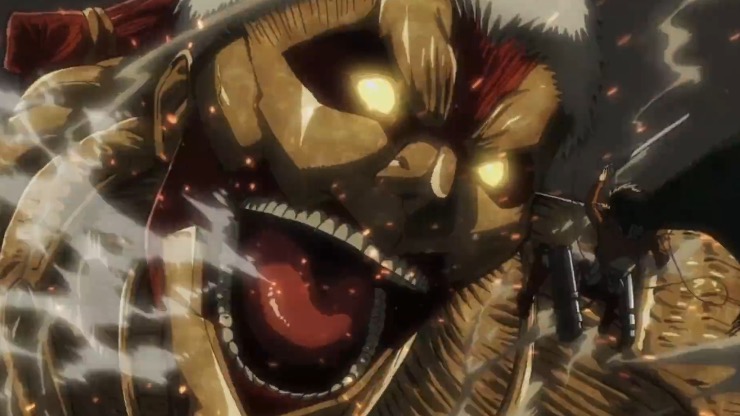 Attack on Titan Season 2 heads to DVD and Blu-ray on February 26.

Funimation and Sony Pictures Home Entertainment are also releasing a limited edition Blu-ray set. The 12 episode set will feature episode commentaries, interviews, 24 page notes, and a 60 page artbook, in the limited edition. The best part about new Attack on Titan episodes is new Sawano music. He outdid himself with the soundtrack here. The full Limited Edition bonus contents and features are as follows:

Attack on Titan Season 2 has 12 episodes and will release on DVD, Blu-ray, and Blu-ray Limited Edition on February 26.

Part time writer part time JRPG and indie game enthusiast, Mikhail Madnani spends far too much time listening to video game music on Vinyl like a true hipster from India.
MORE LIKE THIS
attack on titanshingeki no kyojin