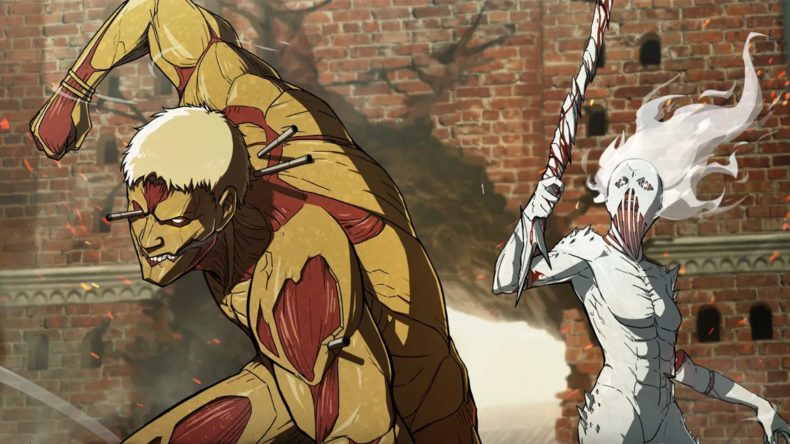 Dead by Daylight is going all-out to attract anime fans, as an Attack on Titan collection is available for the game right now.

In what can only be described as a clash of two titans (sorry), the pack is a collection containing ten outfits, with a special sale on from now until July 26th. There will also be daily rewards happening, in-game.

“The anime’s visuals and narrative had a significant, lasting effect on many of us. We are excited to introduce cosmetics from this critically acclaimed universe.”, explains Dave Richard, Creative Director for Dead by Daylight. “This is one of our heftiest Collections, with 10 Outfits designed for both Killers and Survivors. Our approach to assimilating the iconic 2-D anime into our 3-D world was thrilling and challenging as we wanted to honour the original art direction while remaining true to the essence of Dead by Daylight. We are so very proud of this Collection and we can’t wait for fans to get their hands on the Outfits.”

“When we develop game cosmetics, we look at each Outfit as an opportunity to tell a story. They are visual representations of the lore and backstories unique to each game character,” says Xavier Etchepare, Art Director for Dead by Daylight. “The Attack on Titan Collection was exciting in that we were melding realms and genres. We asked ourselves how our characters would respond if they were thrown into this universe? Who would they most resemble?”

“An Outfit is much like a snapshot– a moment in one’s life immortalized. We really dug deep into the backstories of each character to make each Outfit as representative of their emotions or values as possible,” explains Rose Li, Project Manager in charge of the Dead by Daylight in-game store. “For instance, Historia’s cloak, as seen on Kate, is meant to reflect her kindness as it is worn to visit an orphanage in the anime. We could have picked many different Outfits for Kate to wear, but we wanted to reflect that core value that she shares with Historia Reiss. The Collection is chock-full of such details. “

Editor-in-Chief.
MORE LIKE THIS
attack on titanBehaviour Interactivedead by daylight