Dead Cells gets major content patch with “Hand of the King” 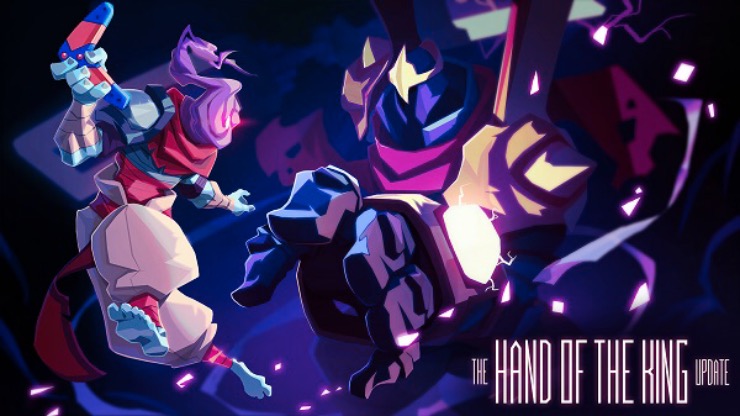 Dead Cells gets a big update with “Hand of the King”.

Motion Twin has just released the sixth content update for Dead Cells in Early Access. The final patch will hit later in the year when it leaves early access. Watch the trailer for the new update below:

Steve Filby, Producer at Motion Twin commented on the update:

“The time has come for our baby update to leave the alpha/beta nest and take its first steps in the real world. We’ve stocked up on coffee and junk food in the office, so we’re ready for any overnight emergency fixes (or unexpected siege warfare), but we’re pretty confident that weeks of testing should keep us sleeping in our own beds. We’ll also be at the GDC in a few weeks as part of the Indie Megabooth, so come past and let us know what you think of the new boss!”

Dead Cells is available on PC platforms. It will launch on PS4, Xbox One, and Nintendo Switch.