No No Kuni 2: Revenant Kingdom Pre-review 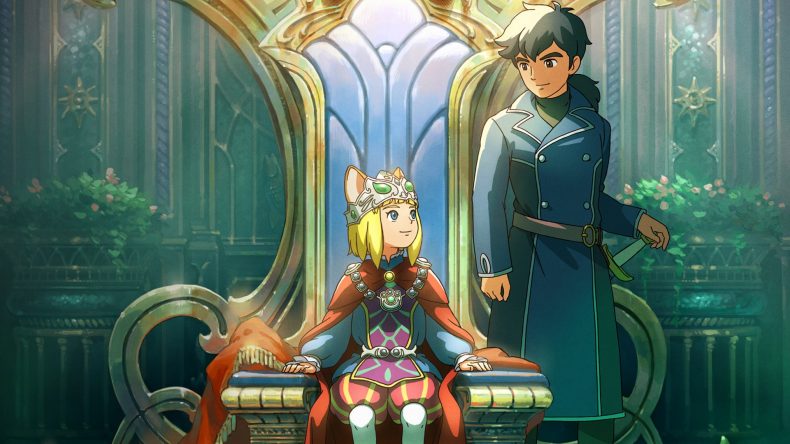 I’ve wanted to avoid using the term pre-review for a long time. When I first clapped eyes on it I thought ‘Isn’t that a preview?’, but considering I’ve been playing Ni No Kuni 2 and today is the embargo, I’m supposed to be furnishing the site with a review, yet I just don’t feel ready to do so. Previews are normally done weeks in advance on early build code, as such this is final code, hence why I’m actually using the dreaded pre-review term.

Now, while I don’t feel ready to give the game a score, I can assure you that I love it with every fibre of my being. This isn’t a short game, as many will know from playing JRPGs, but it’s one that is meticulously crafted to within an inch of its life. It’s not slow to start, the plot is not a meandering mess and the characters are actually all likeable: that’s a considerable achievement. There are several elements here, from the usual battles, to the RTS-lite and then the kingdom building, it’s all introduced at just the right time, and is all seasoned just right to make each part feel unique and yet still part of the same cohesive whole. There’s a considerable degree of handholding here, the minimap always has your most important quest showing and as a result you’ll always be pointed in the right direction, and should always be levelled enough to be able to handle anything that gets in your way. After the regulation over-dramatic intro you’ll get into fights proper, and to be honest it all becomes second nature straight from the off. Combat is simple, yet effective, and while you’ll wince when you see an enemy that has a level much higher than your own, you’ll always have the capability to defeat it – within reason of course, don’t go taking on a level 50 when you’re 15 for crying out loud.

The new combat system feels better to me than the familiar system from the first title. Here it’s a more hands on approach, with regular and heavy attacks performed with X and Y respectively (on PC, Square and Triangle on PS4), and then special attacks executed by holding R2 and then pressing a face button. It’s simple, yet incredibly satisfying to dispatch a pack of enemies in double quick time, and even more so to establish yourself tactically in a more drawn out battle.

Here’s the thing though: the story is great, the combat system equally so, but I tell you what, I could get lost in the kingdom management side of the game forever. I’ve actually found myself wanting to get to certain milestones just so I can expand my kingdom. Laying down facilities, conducting research, recruiting new citizens… it’s just so addictive even if it does feel that F2P mechanics hold it back somewhat.

Don’t take F2P as a negative here, there are no extra purchases to be made within the game. Instead, certain elements are locked behind you accumulating new residents, others are from ensuring you have enough money to pay for them, and money is earned by time elapsed. It makes sense in the context of a kingdom and taxes, I just wish that I could expand my kingdom with a bit less pushing forward in the story. For instance, I wanted to upgrade my kingdom to level 2, but needed 25 citizens, and the only way to do that was to finish the next story chapter and then recruit them, and now I just need to ensure I have the money.

Anyway, I could go on and on about this game for hours, part of me wants to throw down all my thoughts now and whack a number at the end, but this would be doing the game a disservice. Ni No Kuni 2 deserves more than a half-assed attempt at getting hours in and an ill-informed number at the end, and you, the reader deserve more than that as well. What I will say though is that this is brilliant, it’s everything I wanted the game to be and maybe even a little bit more. Rest assured a full review is coming, but right now, I have a kingdom to create.

Review code provided on PC by Bandai Namco. PS4 code was also provided, check out our podcast next week for more thoughts, and we’ll bring you a full, scored review soon.
Liked it? Take a second to support GodisaGeek.com on Patreon!

A lover, not a fighter and an all round good guy (he would say that, he wrote this after all), he's happy to be here as part of GIAG.
MORE LIKE THIS
Bandai NamcoNi No KuniNi No Kuni 2: Revenant Kingdom