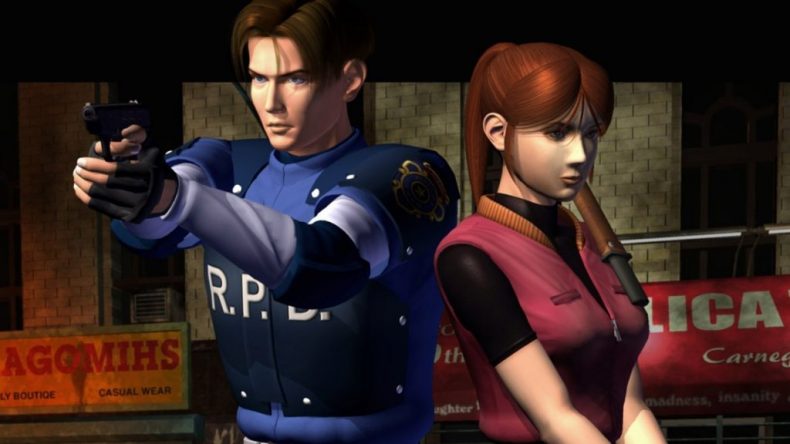 The original Resident Evil has been ported and remade for almost every system under the sun, even receiving a Director’s Cut alongside the original game on Playstation. Resident Evil 4 has been ported almost as many times, from its humble Gamecube beginnings to the PS4 and Xbox One. Both are brilliant games, but isn’t it odd that Resident Evil 2, considered by many to be their favourite in the series, is only just getting the remake treatment? Assuming it still is of course, as we’ve yet to see anything of it, a full two and a half years after its announcement.

Perhaps I shouldn’t be shocked by this, as some of you may remember that the original Resident Evil 2 was started again from scratch during its development, despite being nearly eighty percent complete. Perhaps it’s not such a big deal that this remake is taking so long to surface. It would be nice to see something of it though, even just to prove that its announcement wasn’t a dream.

Whatever stage in development it is, there are a few things I’d like to see in the final release. Some of them are totally unrealistic, but you can judge for yourself which is which. Here are the six things I would like to see… A return to pre-rendered backgrounds

Given the success of Resident Evil 4 and 5 (yes haters, 5 was a success; it’s the biggest selling game in the entire franchise) there is obviously room for speculation that we’ll see an over-the-shoulder viewpoint, with a fully-3D reimagining of Raccoon City and its police station, etc. Or perhaps given Resident Evil 7’s success, Capcom might have had a word, demanding a first-person perspective to continue the new direction of the survival horror series.

But look at the remake of the first game, with its pre-rendered backgrounds and astonishing detail. Now imagine how much more detail could be lavished upon those backgrounds with the power of today’s machines. Salivating like a Licker now, aren’t you? No? Just me, then. Not only would the backgrounds look incredibly detailed, it would leave even more room for a polygonal masterclass on the character models. Seriously, Jill, Chris and the gang looked well beyond the capabilities of the Gamecube because of this; Leon, Claire, Ada and good ol’ Billy Birkin could look phenomenal on the current generation of consoles. Especially with the added power of the PS4 Pro and Xbox One X.

As great as it will be to revisit the iconic Raccoon City Police Department in glorious 1080p (or 4K for those of you lucky enough to have the means), that original remake added plenty of new rooms and secrets to the Spencer Mansion, so why not do the same for the RCPD and its surrounding areas? That warehouse was begging for more content, for a start. Maybe the Crimson Heads could make another appearance, too. Just imagine having to deal with those and Mr X, in the second scenario.

I would expect that stuff from the now legendary Resident Evil 1.5 (the original, scrapped version of RE2) could be repurposed for this remake, but ideally the team at Capcom will simply come up with new ideas to expand the original game somewhat. A combined remake of 2 and 3

One (perhaps extreme) way to expand upon the original game, is to include a full remake of Nemesis into the mix. I realise that this is certainly not going to happen, but it sure would be cool.

Also, just because Jill Valentine needs to appear again. Or just give us a third Revelations game and make her the star, eh Capcom?

Dial back the action

As much as I adore the first sequel to grace this beloved franchise, there is no doubt in my mind that it was the first step away from the claustrophobic horror of the original game. There was a whole chunk of the marketing that included the selling point of having loads of zombies on-screen at once, which definitely removed some of the tension. I’m obviously not saying that there shouldn’t be a lot of zombies, it’s set in a city that is being overrun by Umbrella’s latest zombie-creating virus after all, but I’d like to see it toned down at least a little.

Another way to help this would be to renew the focus on puzzles. There were already some great riddles in the original, but there is always room for more. Hell, the Death Mask addition in Remake was inspired, despite its simplicity. Okay, this one is just for funsies. It would be great to see the original Playstation version (or its slightly-improved Gamecube port) included somewhere in this remake package. Perhaps as an unlockable extra, after finishing the main campaign? You know, finish at least one combination of A and B scenario, get the original game as your prize.

It’d be worth it just for the voice acting.

Ties to Resident Evil 7 and beyond

This one is probably the toughest addition of them all, really. If you’ve played Resident Evil 7, you will likely have seen a document or two that linked back to the rest of the series. Then there was the, ahem, recurring character that appeared. That’s about the least-spoilery way I can say that, in case you’ve somehow avoided it for the last year. But given that Resident Evil 7 is taking the series in a new direction, I don’t think it would be too crazy to think that Capcom might want Resident Evil 2’s remake to contain some kind of hints for the future of its flagship series.

I’m not saying that Ethan or Mia should suddenly appear in Raccoon City, given that they would only be 13 or 14 during the whole Raccoon City outbreak thing, but perhaps we could find documents hinting at future…experiments, shall we say? Either way, it would be interesting to see some kind of links to future games, and it wouldn’t be the first time it’s happened.