previous
Classic SEGA games coming to Nintendo Switch courtesy of SEGA AGES
random
next
Capybara Games’ Below will be over 20 hours long, might come to more platforms in the future
0 comments 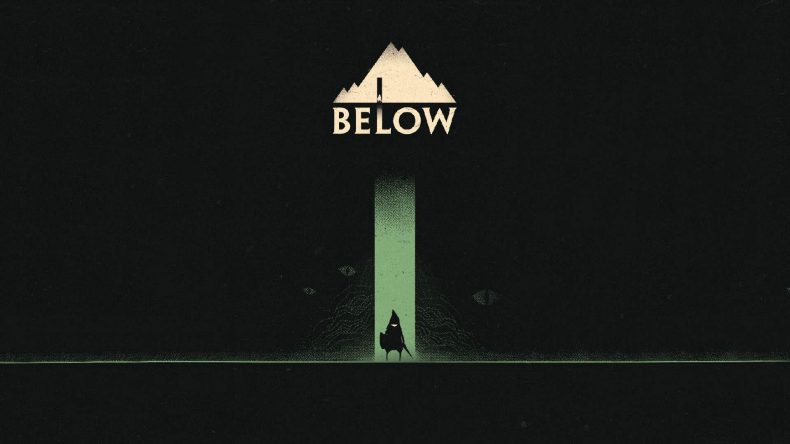 Back in 2013, Capybara Games announced a new Roguelike-esque adventure, with a kind of top-down view that intrigued a lot of people, including myself. That game was Below. Its mix of an almost Dark Souls aesthetic and unique style, with its pulled-back viewpoint and focus on survival, instantly grabbed my attention. I needed this game in my life.

Alas, in 2016 Capybara announced that Below was being delayed indefinitely. It was like millions of gaming nerds (like myself) cried out in unison, but Capybara and its director, Kris Pitriowski, were very apologetic about the whole thing. In 2018, the game has now resurfaced and the team has been showing it off recently. Over in the UK at time of speaking, Kris was kind enough to answer a few questions on this long-awaited title.

I was excited by the prospect of Below from the start, but understandably disappointed by the delay, how are you and the team feeling now that you’re reaching the end of development?

“There’s still a lot to do. We’re trying to absorb as much positivity as we can from these events, we’ve just started showing the game again. I showed it at GDC and at PAX a couple of weeks ago and the response has been really good. The team has been trying to absorb all the good vibes and the feedback we’re getting now that we’re showing it again.

At the same time, it’s been a long project and there’s no question that some of our team members have a thousand yard stare (laughs) and I’m certainly one of them. It inevitably takes its toll, but now we’ve circumnavigated the game world and we have all the mechanics, we’re in a different kind of mode now. Now we have it all together, we’re just doing our expensive polishing and balancing stuff. We’re switching gears and now we have to finish it.” Do you think “going dark” help to ease some of the pressure?

“Yeah, I do think so. We realised how much we had left to do and how big the game was, and our pace was a little bit slow because it was the first time we’d worked with 3D and there were a lot of difficult conceptual and technical things to figure out. So pulling it back after we realised we had a couple of years to go, and not having to maintain a press hype cycle for a game that wasn’t coming out any time soon (laughs), it relieved the pressure.”

As far as the game itself goes, we’ve seen a bit of exploration and combat, what else can we expect from the full game? Boss battles, co-op?

“There’s no co-op in the game, the game is a single player experience. I love multiplayer games, but I have to be honest; as a game designer and as a player myself, my favourites kinds of games are single player. I love to just sit down in my living room and enjoy something like Breath of the Wild, Shadow of the Colossus, those kinds of games. Maybe Below 2 will have multiplayer (laughs) but we’re pretty happy with the idea of Below being a single player only game.

As far as boss battle go, there are larger enemy encounters in the game; a couple of bigger, boss-ish encounters. However, that’s never really been the focus for the game, it’s mostly been about combat and exploration through a sort of Roguelike-y world.

There is one aspect of the game that we haven’t shown off, unfortunately I can’t talk about it until after launch. What I can say is that there is an ominous presence in the game that stalks the world a little bit. It’s…boss-ish (laughs). But that’s all I can say!” That’s good to hear! You talked about stories, is there a big story in Below, or is it more about environmental storytelling like Dark Souls or Shadow of the Colossus?

“Below isn’t a narrative heavy game, it doesn’t have any dialogue or text. As far as storytelling goes, it’s mostly told through the player’s passage through the game world. We’re relying heavily on environmental storytelling and player interpretation. Most of the narrative aspects of the game, we’re hoping will be told through player interaction and the actual game mechanics. There is a beginning, middle and end, but it’s not a cinematics-heavy game.

I’m hoping that the narrative aspect will be felt more as a cool experience and you’ll be able to interpret a kind of thematic weight to it. I think Shadow of the Colossus is a good example, but even that is probably more narratively focused than our game. But you are there to do something and you learn about the characters, why they’re on the island.”

How will the soundtrack affect the atmosphere, does it play a big part?

“We kinda go both ways. The soundtrack is a huge part of it. The atmosphere is a really big, core part of it, I think; we spent a lot of time on lighting and effects and that kind of thing, to build up the rich feeling, this ominous feeling in the world, and bring out a melancholy feeling.

Jim Guthrie, who did the soundtrack for Superbrothers: Sword and Sworcery, another game I worked on, he’s been part of the project since day one. I’ve been working with him very closely, to sprinkle his musical pixie dust all over (laughs). But it does fluctuate between being alone and pure atmosphere, between walking around and hearing the sounds of the world, and then Jim Guthrie sweeping in and taking you to other, emotional places.” How long is the game? Is it a long experience, or designed more for replays?

“It’s definitely the longest game that we’ve ever made, for sure. I compare it roughly to the length of Diablo 1, I would say it’s over twenty hours for the first playthrough. Perhaps much more. If you’ve played Spelunky for example, it could have taken four or five hours to play through the first zone, and then reach the second zone and spend another four or five hours figuring that out and dying a whole lot.

And then somebody inevitably learns the whole thing inside out, and does a run in about two hours. There’s that kind of aspect too; the first playthrough of Below will be quite long, when you include all the times that you’ve died and failed, but then you unlock cool shortcuts and little ways to travel through the world. Through that, you optimise your playthroughs, but it’s a big game with a lot of depth in the encounters and the world itself goes down pretty deep.

It’s not a game that you’ll sit down and run through in about five hours.”

Going back to you and the team, have you been surprised by the level of excitement surrounding the game?

“The response right from when we first announced it, I think the art style and the unique perspective helped it stand out in a way that we didn’t anticipate. In my heart, I thought it looked cool but you don’t expect that response. The nice thing is that when we went dark and apologised for the delay, we’ve seen nothing but support and positivity online, whether it’s people talking to us through Twitter or contacting us directly, or on Facebook. Thankfully we haven’t really had a negative backlash to the delay.

Just recently as we started to bring the game back out, the response that I’ve been getting from people is that they’re happy to see it again; they’re still really intrigued by it. It’s almost like, in a way, going dark helped increase the mystery behind the game (laughs).” The game is targeting a 2018 release, do you have a window in mind or is it still a case of “when it’s done?” Will it be a worldwide release?

“We’re still at the point where we have ideas of what dates are. As soon as we know what the date is, we’ll share it with absolute confidence, but until then we’re still set on putting it out this year.

Finally, has the delay changed anything in terms of platforms, or is Below still an Xbox/Steam exclusive? Will there be a physical release?

“As far as the physical release, I’m not sure about that. I’d love to release a game that comes in a little box. We’ve been talking to some distributors about doing some special editions, but that’s just something we’ve been thinking about, none of that’s been finalised. Ideally it comes out in a way that isn’t just digital, I like putting together little custom boxes and stuff like that! Like things that players can hold onto, and help them be fans.

When it comes to other platforms, right now we’re just announcing Xbox and Steam. Beyond that, I can’t say, right now.”

Obviously, I didn’t expect an answer about other formats, but there’s still room for PS4 and Switch owners to hold out hope. In the meantime, all that was left was for me to thank Kris for his time and wish him well for the rest of Below’s development, as I am still very much looking forward to the game’s release.