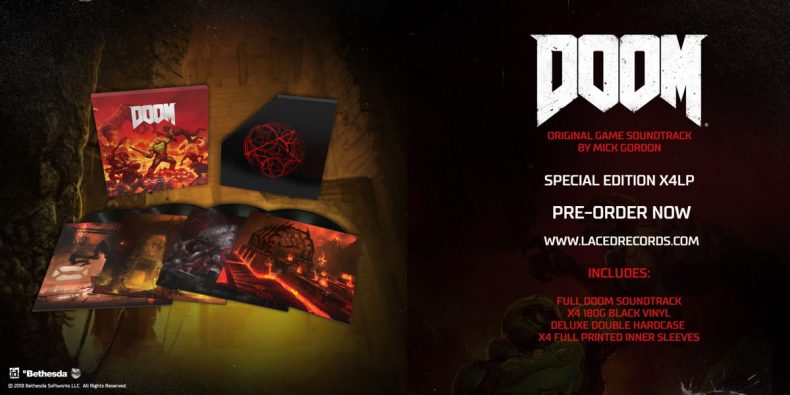 Mick Gordon’s DOOM soundtrack is finally getting a Vinyl release thanks to Laced Records.

After a few teases, Laced Records revealed a partnership with Bethesda and id Software for multiple editions of DOOM across CD and Vinyl. These will release in Summer 2018. The vinyl release will be on 2LP or 4LP. the 4LP editions will have the full soundtrack while the 2LP release will be a 20 track release with songs picked by the developers. Preorder the various editions here.

The following editions are available: Special Limited Edition X4LP: The four-disc special edition comes with all the bells and whistles of the Standard Edition X4LP but is pressed on 180g blood red vinyl and adds the Deluxe Double CD, plus a custom turntable slipmat. The Special Edition is only available via pre-order for a 14-day window ending 2nd May 2018 direct from the Laced Records store only. (RRP: $100.00)

DOOM is available on PS4, Xbox One, Nintendo Switch, and PC. Read our reviews of it here and here.