Here’s how and where you can watch the Call of Duty: Black Ops 4 Gameplay Reveal 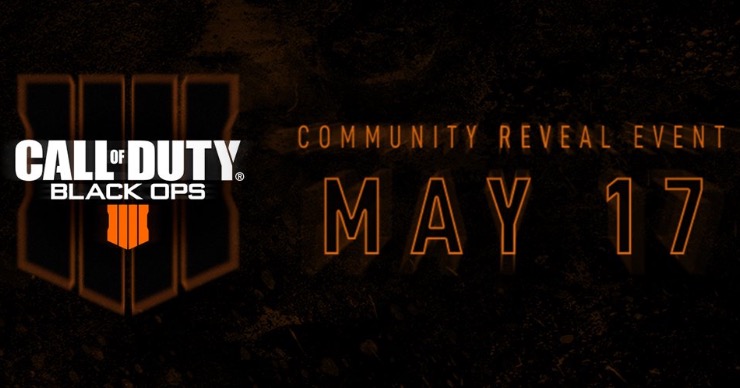 Activision and Treyarch will reveal gameplay for what is likely going to be one of the best selling games of the year. Call of Duty: Black Ops 4 will release this October and the gameplay reveal is this evening. In addition to obviously seeing some gameplay, they will reveal the platforms and edition as well. There have been rumours of a Nintendo Switch version and the lack of a single player campaign. A Switch port is unlikely but we will only know at the event. Here’s what to expect and where to tune in:

Platforms
PS4, Xbox One, and PC alongside the PS4 Pro and Xbox One X are basically a given but a Switch version is still a small possibility. The PC version is also rumoured to follow Destiny 2’s footsteps and ditch Steam for Battle.net.

Gameplay modes
There are rumours of no single player and the addition of a Battle Royale mode. It will definitely be something if the single player is completely axed for this release.

Where to watch the reveal
You can watch the livestream or keep up with the flow of news around Black Ops 4 at the following places:
Official Website
Twitch
Youtube

Call of Duty: Black Ops 4 will release on October 12.