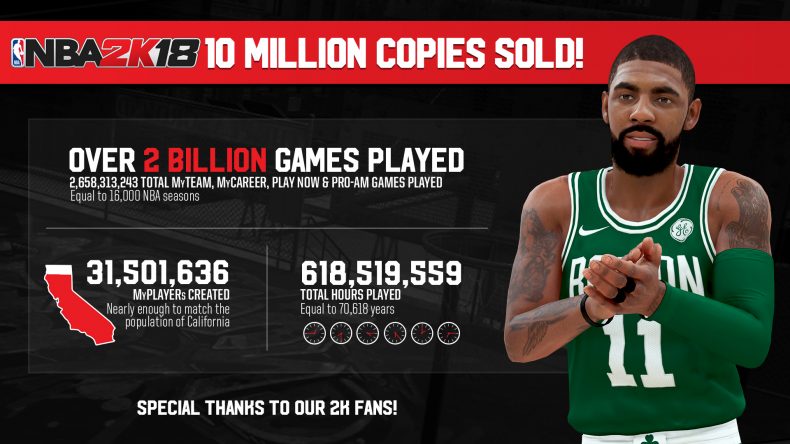 NBA 2K18 released last year on consoles and PC. Read our review of it here. It has now crossed 10 million sales worldwide and the NBA 2K franchise is at 80 million copies worldwide. Strauss Zelnick, CEO of Take-Two Interactive, commented:

“NBA 2K18 is our highest-selling sports title ever, and a testament to the tireless hard work and innovation of the team at Visual Concepts. The ability to improve consistently upon an annual series and grow its audience reflects the team’s drive to remain on the leading-edge of pop culture and finding new and exciting ways to captivate and engage players.”

NBA 2K19 launches this year on PS4, Xbox One, Nintendo Switch, and PC.