Jump Force adds a bevy of characters to its roster 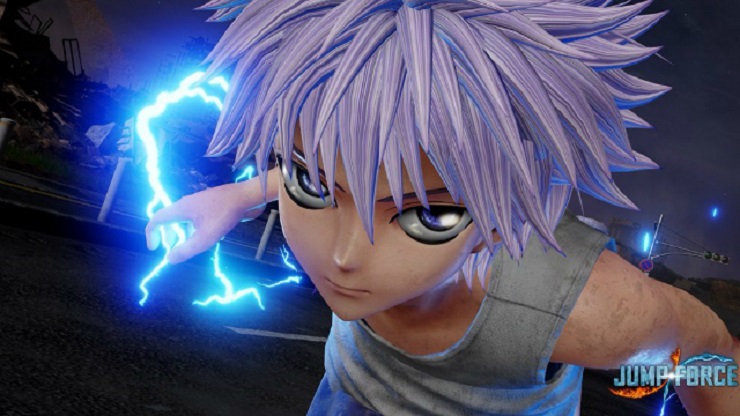 Bandai Namco’s upcoming brawler straight from the pages of Shonen Jump has added a few more iconic characters to its lineup.

Not short of series’ that it can draw from, Jump Force has added two characters from Yu Yu Hakusho and another two from Hunter X Hunter, they follow on from the reveal of Yugi Muto who was unveiled last week. Yusuke and Toguro make the jump (ho ho) from Yu Yu Hakusho’s twenty-four year old manga, while Kirua and Kurapika come through from Hunter X Hunter’s still continuing story and all in to Jump Force’s rather interesting art style.

As well as these four a separate trailer has been released detailing four original characters to the game’s world, each designed by Dragon Quest and Dragon Ball legend Akira Toriyama.

In true modern gaming fashion a season pass has been announced, as well as a Collector’s Edition that comes with the season pass, as well as a steel book case, three art boards and a diorama statue that features Naruto, Luffy and Goku. Pre-orders will get a new lobby vehicle (your guess is as good as mine) and three avatar costumes.

Finally, a beta test is due to take place between the 12th and 14th of October on Xbox One and PS4, but spots are only open to members of the EP!C REWARDS CLUB with registration ending on October 7th. You can sign up for the rewards club here.

Jump Force releases on PS4, Xbox One and PC in February 2019

A lover, not a fighter and an all round good guy (he would say that, he wrote this after all), he's happy to be here as part of GIAG.
MORE LIKE THIS
Bandai NamcobleachDragon BallJump Force