previous
Tricky Towers is coming to Nintendo Switch on October 11
random
next
Tales of Vesperia: Definitive Edition is getting a Premium Edition at retail with loads of goodies, pre-orders live today
0 comments 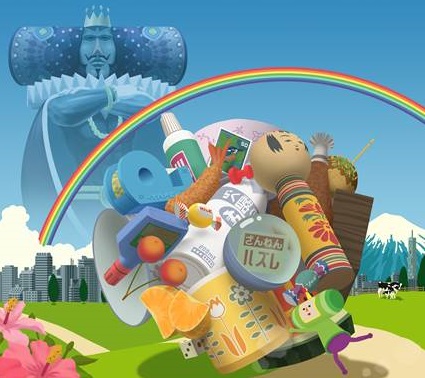 Revealed on last week’s Nintendo Direct Katamari Damacy REROLL is coming to the Nintendo Switch and PC on December 7.

Keita Takahashi’s colourful ball rolling collectathon has you controlling the Prince as he collects as much gumph and rubbish as possible to recreate the stars because the King of All Cosmos has knocked all of them out of the sky.

The game has had its looks tarted up, but has also added motion controls for use with the Switch Joy-Cons, meaning you can turn the Prince round with just a wrist movement. Players will be able to go against each other as well with a Joy-Con each, perfect for the Switch USP.

Get ready to roll with it in less than three months.

A lover, not a fighter and an all round good guy (he would say that, he wrote this after all), he's happy to be here as part of GIAG.
MORE LIKE THIS
Bandai NamcoKatamariKatamari DamacyKatamari Damacy REROLL