previous
Jump Force adds a bevy of characters to its roster
random
next
The amazing Risk of Rain gets a surprise Nintendo Switch release, out now
0 comments 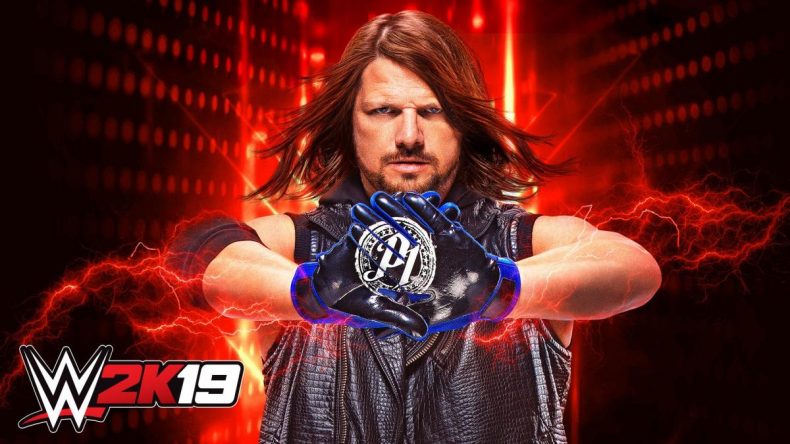 The past few WWE 2K games have been rather disappointing, and when you’re a wrestling fan that relies on these releases to give us our fill of sweaty men and women grunting at each other in the best possible way, it becomes frustrating when so many things have felt broken or vapid. The career mode last year was atrocious, matches lacked any flow, and the minigames ruined them, allowing 3-counts to be made when all your opponent did was slap you around the chops and knock you to the ground. 2K has struggled, and knowing that a new release is around the corner makes you anxious that yet another release will fall into the pitfalls previous entries did.

So it’s with trepidation I headed to London to play three hours of WWE 2K19. To say it’s fixed a lot of its problems would be a lie, but it looks like it’s heading down the right path. Instantly noticeable was the presentation within the menus and how clean they look, with white backgrounds and black text. Within these menus lie lots of options, match types, and modes catering to every fan. There’s the new 2K Towers mode that lets you play for items in a similar vein to Injustice 2‘s Multiverse events.

These events set you challenges whereby you have to defeat different wrestlers with certain stipulations attached. It could be starting a match with half of your health, unable to use the turnbuckle in a match, or a much higher difficulty. I tried out one of the events focused on the British roster, as well as one based around Rey Mysterio. I enjoyed what I played, but like most matches they ended to early thanks to the return of that awful pin mechanic.

Elsewhere, I checked out the Daniel Bryan 2K Showcase mode, which goes right back into his history in the company, and how he overcame the odds at multiple times in his career. Just like the Road to Wrestlemania Showcase and the Stone Cold Showcase from the past, it offers you certain objectives to complete whilst in a match. As you learn more about Daniel Bryan, you’re also presented with a challenge, and I’m very much looking forward to play this more.

The MyCareer mode seems very interesting, but I barely dipped my toes into it. What I do know is it’s unlike anything else that has come before, offering a more fantastical and mysterious story that seems to channel the weirdness of Bray Wyatt and Matt Hardy, as well as a Zombie HHH. The seeds of horror and fantasy have been sewn, removing the dull Performance Centre segments that we’re always such a pain to complete, and replacing them with something not out of place on an episode of Lucha Underground.

The customisation is crazy… seriously crazy. Not only have more options been added for the design of your character, you can now stylise your own show, and personalise belt plates for when you become a Champion for any of the various belts you decide to use. Simple features like the ability to mirror an arm or a leg and copying for the other have been added, and while it might not seem like much, it saves time when you’re already spending hours deep into customising your superstar.

The WWE Universe mode seems to be a lot better, and more consistent within the rivalries on your brands. From week to week, the matches make sense, and feuds between superstars are adhered to. For example, if Kevin Owens is having issues with Braun Strowman, he won’t suddenly start rumbling with Curtis Axel and completely disregard the Monster Among Men. Whilst there only seems to be the slow promo slots between some matches and nothing else, it still feels like 2K is trying to improve the WWE Universe mode for the better.

You can customise the belts on each show as well as Money in the Bank stipulations: for example, whoever has won it gets to decide which belt they go for. You can also customise the briefcases, giving you even more of a say and the design of your own WWE Universe.

You can have all these options for customisation, and some fancy story mode for the career, but if the wrestling isn’t right, there’s just no point wasting your time. In WWE 2K19, things are certainly on the up. Matches feel much smoother and cohesive, especially in one-on-one matches. It all gets a bit messy when you’re involved in some of the new 8-man matches, but that’s to be expected. 2K has slotted in a new Payback mechanic which works a treat. If you’ve taken quite a pounding by the opposition and could really do with some respite, holding R1/RB then pressing L1/LB will initiate whichever type of Payback you have equipped. They can range from automatic reversals, instant knockouts, and the familiar comeback from other WWE 2K games. In MyCareer there’s a menu for upgrading these via a skill tree, which gives it an RPG element – which is very much the ‘in thing’ at the moment.

There have been improvements to match types as well. Hell in a Cell matches don’t require you to do a special move to break through the cell, rather a few throws into the side of it. There are plenty of ways to drop opponents through the cell as well, making them more brutal than before. I had an exciting match between Y2J and HHH where somehow I got the win with The Walls of Jericho, but this was after I was thrown off the cell onto the damn ramp.

I’m certainly looking forward to playing more of WWE 2K19, especially because the roster is so robust, as too are the modes. My main concern is how badly the pin minigames affect the outcome, as well as the submission system. Both let the game down, and a return to button bashing to kick out could be the difference from a good game to a great game. I still enjoyed what I played, and I’m still wondering why HHH is a zombie.

Video games are cool. Don't let anybody tell you any different.
MORE LIKE THIS
2k gamesWWE 2K19