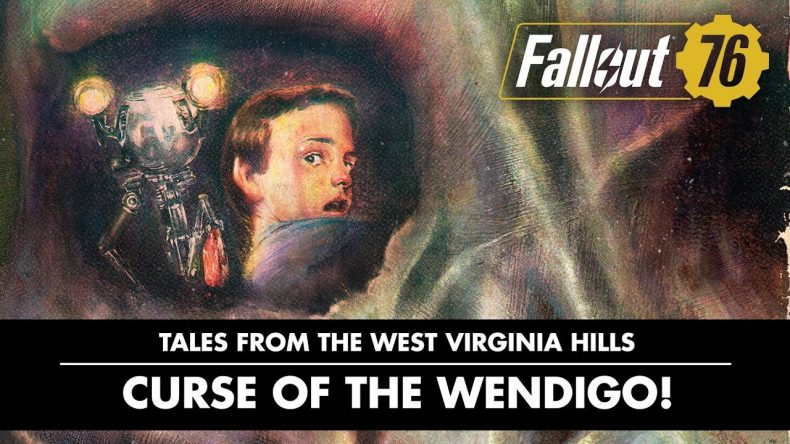 Fallout 76 is less than 2 weeks away now and Bethesda has a new holotape series for the game.

Curse of the Wendigo!

It has been said that money is the root of all evil. So, when greed knows no bounds and avarice goes unchecked, what other appetites might take hold? Curse of the Wendigo! chews over this very question.

The carnival has come to the Tyler County Fairgrounds. Billy Harding and his dad wander past the games and rides as a sideshow Barker touts a frightful attraction.

Not all creatures are of the land; some stalk the skies. One such boogeyman has been reported for generations by mystified West Virginians. The Mothman Cometh! begins in Morgantown Municipal Hospital. We join young Mary Scarberry at her bedside as she wakes, looking a little worse for wear.

The Best of Grafton

In the rural hills near Grafton, locals have reported a strange creature lurking in the woods. Robbie Cockrell and Peggy Mansfield were out on a date, celebrating Peggy’s birthday, under the light of a full moon…

The Strange Encounter In Flatwoods

On a fateful night, a young Pioneer Scout called Fred Fishe, having taken a tumble and fallen into a dark place finds himself in quite a predicament.

Fallout 76 BETA is available right now for all platforms (preorders only). Watch our impressions video below:

News
bethesdaFallout 76to the place i belong