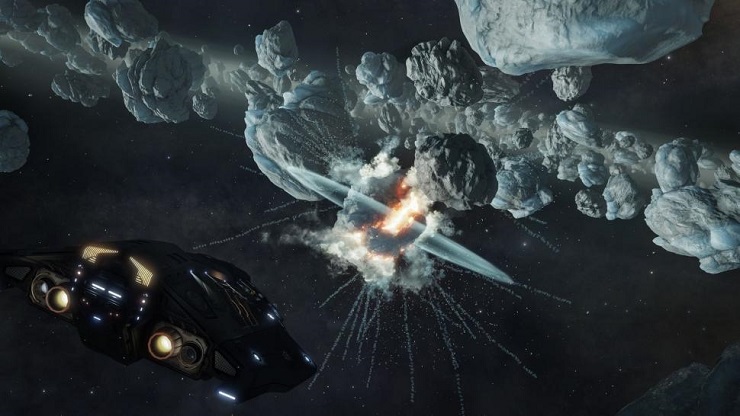 After a whole lot of Star Citizen info dropped last week it’s the turn of the other big Space sim Elite Dangerous to smother us with tidbits.

The newest expansion will release on PC, PS4 and Xbox One but will have a staged beta beginning October 23 on PC. This beta will allow players to try out the new Exploration, Mining and Squadron updates as well as the new interface changes Chapter Four will bring.

First up are new exploration features such as the new Analysis Mode which also includes an improved Exploration Discovery Scanner and Detailed Discovery Scanner. Once you’ve done an initial scan of the system you’ll then be able to tune your scanners to find other phenomena in the system you’re in. The scanner will also pick up on conflict zones and unidentified signals as well giving you a heads up to where the important things are.

Using these new exploration tools players will be able to make more discoveries when mining allowing for a potentially more lucrative experience. Commanders can use probes to determine the best locations and then set off large scale explosions leaving only the spoils of a big bang to be hoovered up afterwards.

Elite Dangerous will now allow players to form Squadrons allowing people to band together to achieve goals and compete for glory on weekly leaderboards. This new facility will have its own chat channel and web portal allowing you to monitor it effectively whether you’re in or out of the game.

There’ll be a series of live streams before and during the beta for anyone interested in more info of the new features in the update, the schedule for which is below.

There’s also a trailer for you to watch below. Have fun.

A lover, not a fighter and an all round good guy (he would say that, he wrote this after all), he's happy to be here as part of GIAG.
MORE LIKE THIS
eliteElite: DangerousFrontierPC