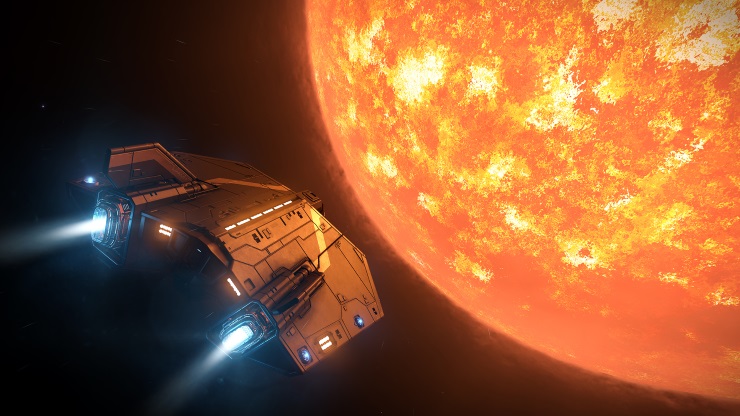 Having already released on PC and then Xbox One, Elite Dangerous will fly onto PS4 on June 27. It will be available for preorder digitally on PSN in Europe from today and later this month in North America. There will also be a retail release for Elite Dangerous Legendary Edition on both consoles from Sold Out. Here’s the release date trailer:

David Walsh, the COO of Frontier Developments had the following to say about the release:

“We are delighted to be bringing our acclaimed multiplayer space epic to the PlayStation 4 – new players on the platform are joining at an exciting time in the Elite Dangerous galaxy after the recent first alien encounters in-game. PlayStation 4 represents a substantial additional audience for Elite Dangerous. Console players are rapidly embracing direct digital online distribution, but currently physical discs still make up a significant proportion of total videogame console software sales. We have therefore partnered with physical retail specialist ‘Sold Out’ on a disc edition for both PlayStation4 and Xbox One, which will be available simultaneously with the PlayStation4 digital release.”

Elite Dangerous will release on June 27 on PlayStation 4. It is already available on PC and Xbox One.