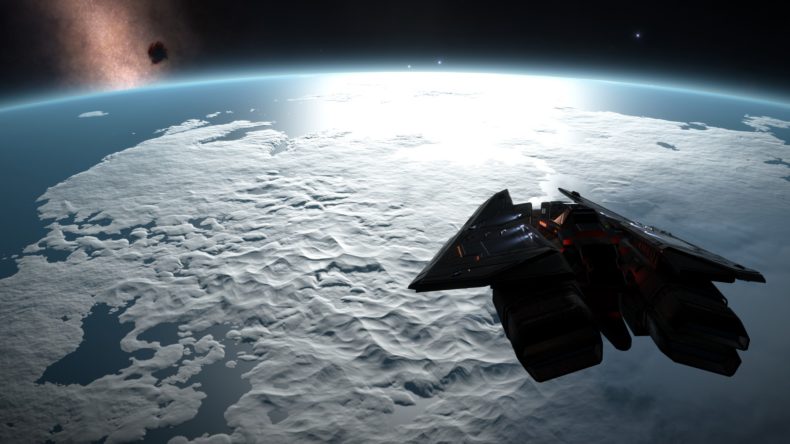 With the Odyssey expansion on the way, there’s a prize draw happening right now to get your name in Elite Dangerous. Five winners will have their name featured as a location in the game forever, which is incredibly cool.

“Want your name immortalised in the Elite Dangerous: Odyssey expansion? Enter our prize draw! Five lucky Commanders will be picked at random and have the surname they submit added as a location name e.g. “Smith’s Hope” in-game”

For those unfamiliar with Elite Dangerous, the space flight exploration game has been a huge hit with those looking for a deep sci-fi experience since 2014.

“TAKE CONTROL OF YOUR OWN STARSHIP IN A DANGEROUS GALAXY

In the 34th century, across the vast expanse of an epic, full-scale recreation of our Milky Way, interstellar rivalries flare as galactic superpowers fight proxy wars. Start with a small starship and a handful of credits, and do whatever it takes to earn the skill, knowledge, wealth and power to stand among the ranks of the iconic Elite.

Trade. Fight. Explore. Take flight and experience life as a starship commander in the dangerous galaxy of the 34th century. Enter a massively-multiplayer full-scale recreation of the Milky Way with a small starship and a handful of credits, and join the ranks of the iconic Elite.”

Elite Dangerous: Odyssey is still slated for release this year, so you’ll be able to experience all sorts of new content very soon if you’re a die hard commander. It’ll be a great time for new fans to launch into space too, and if you’re lucky enough maybe you’ll even find an area named after yourself.