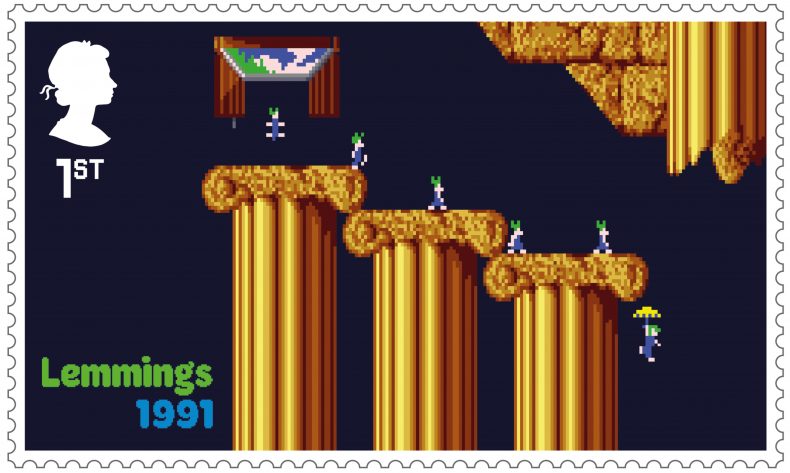 Royal Mail is celebrating UK-designed games with its first stamp issue of the new decade.

Elite, released in 1984 was a hugely influential title and the first British game to be a hit in the US. Similarly, the Tomb Raider franchise has sold over 74 million copies worldwide, spawning a blockbuster film franchise and launching the protagonist – Lara Croft as a contemporary global icon for over two decades. Lemmings was released in 1991, and was one of the best received games of the 1990s. Also released that year was Codemaster’s Micro Machines with Sensible Soccer released a year later, a title that is regarded as the “father of all digital football games”.

Dizzy, released in 1987 went on to become the most successful British game franchise of the era. Originally created for the Amstrad CPC, it quickly converted to ZX Spectrum, Commodore 64 and other computers and consoles.

Speaking on the announcement, Philip Parker from Royal Mail had this to say:  “The UK has been at the forefront of the video games industry for decades. In the 1980s and 90s young designers grappled with coding on the new microcomputers and set the template for the industry with iconic games. We celebrate some of their landmark creations on stamps.”

Dor Jo Twist, OBE, CEO of Ukie, said “This collection celebrates a selection of the great British video games that have helped define both the national and global development scene over decades. Video games are a key part of our cultural footprint and we’re pleased to see their contribution recognised in such memorable style.”

Likes to shoot stuff and wear pretty shoes. Is a BEAST at Titanfall.
MORE LIKE THIS
CodemastersDizzyelitelara croft