previous
RePlayed: Red Dead Redemption
random
next
You can try both upcoming Taiko no Tatsujin through free demos available on PS4 and Switch today
0 comments 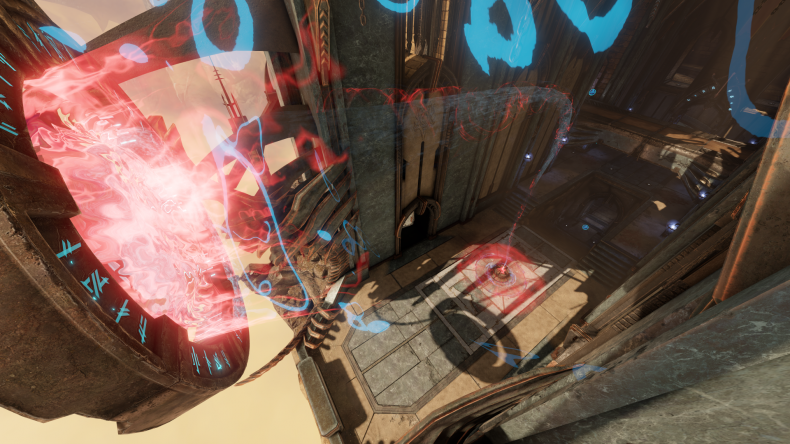 Quake Champions gets a new Slipgate game mode and begins a season of giveaways.

Slipgate is a portal based attack/defence mode and every game played in it has rewards that add up to an ultimate gift. Athena is a new champion for Quake champions and she arrives with a slew of updates to the game. Watch the Slipgate Festival event trailer below:

If you’d like to know more about Athena, check out the video below showing you how to play with Athena:

SLIPGATE – Slipgate is an attack-and-defend mode where both teams fight over the Slipgate portal: a massive wormhole capable of summoning an ancient unnamed horror. Each-and-every sharpshooter spawns with all weapons, full health, full armor but a single, precious, precious life. The defending team of Elder God cultists are trying to open the Slipgate, while the attacking team must close the gate before whatever tentacled terror on the other side pulls itself into our dimension!

SLIPGATE FESTIVAL – All players taking part from day one will immediately receive the Tentacle Weapon Shaders for all starting weapons! Subsequent festival milestones will result in the Quake 4 Heavy Machine Gun skin being gifted to all participants, the unlocking of the Ranger or Scalebearer Lore Skin and, ultimately, Athena – or her Lore Skin if the Champion is already owned as part of the Champions Pack

CHAMPION PROFILE: ATHENA
Athena was among the first to sign up to the GDF and seek vengeance against the Strogg who devastated Earth. Caught in a trap laid for the expeditionary forces, she escaped when a Slipgate generator collapsed, teleporting her drop pod into the Dreamland arenas. Now she uses her grapple line throws and aerial acrobatics to dominate the airspace above her enemies and rain death from above

ARCADE MODE UPDATES – Swinger Party – Put your keys in the bowl and… No, not THAT kind of party! In this new free-for-all Deathmatch Arcade mode, every player is Athena, where a direct Grappling Hook shot on an enemy is an insta-kill. The real party crasher, however, is Lead the Way. This Scalebearer only mode is, literally, a train wreck waiting to happen. Bull-Rush, I choo-choo-choose you! Finally, Mystery Champion and Unholy Trinity both make their way into Arcade TDM rotation. The former randomizes your Champion on each respawn, while the latter limits the weapons set to just the rocket launcher, railgun and lightning gun UPDATES GALORE – In the developer’s Hardening Pass, the team have taken a forensic look under the game’s hood in order to better deliver solid framerates and eradicate ‘ghost’ inputs as part of their ongoing commitment to improving the game’s performance. In addition to this, the endgame podium will now include the much demanded scoreboard, plus a tweak in Sacrifice’s obelisk capture time (down from two-and-a-half minutes to just one minute) will make this fast-paced mode even more pacey!

Quake Champions is available for free in early access on Bethesda.net and also on Steam.