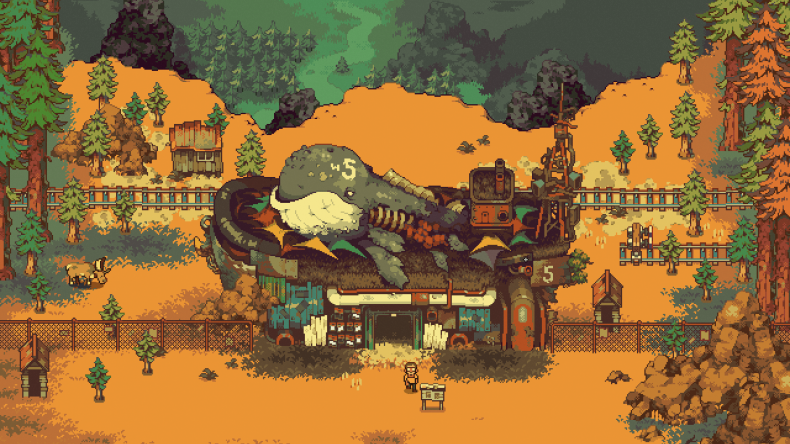 Game publisher Chucklefish had released a gameplay trailer for a new adventure game called Eastward. The game is being developed by Shanghai-based developers Pixpil, and this 15-minute trailer shows gameplay from the recent Day of the Developers build. In the trailer we get a feel for how the game will look and how it will play, most notably how we will interact with the two protagonists Sam and John, and switching between them to overcome challenges.

Other official information about the game is below:

In the near-future society is starting to collapse, with the human population shrinks to an all-time low. As the world around falls to ruin, a hardworking miner called John discovers a young girl named Sam deep underground in a secret facility. After escaping the town, the unlikely pair embark on an emotional journey to discover the strange truth about her origins and the mystery behind the sinister creatures who descend on the local towns, devouring everything in their path.

Check out the gameplay trailer in full below:

Or alternatively, check out the reveal trailer here for a quicker look at the game.

Eastward is coming to PC platforms in 2019.