previous
Why You Should Use WhatsApp for Business Communication
random
next
Horizon Zero Dawn, Nioh and more join PlayStation Hits lineup
0 comments 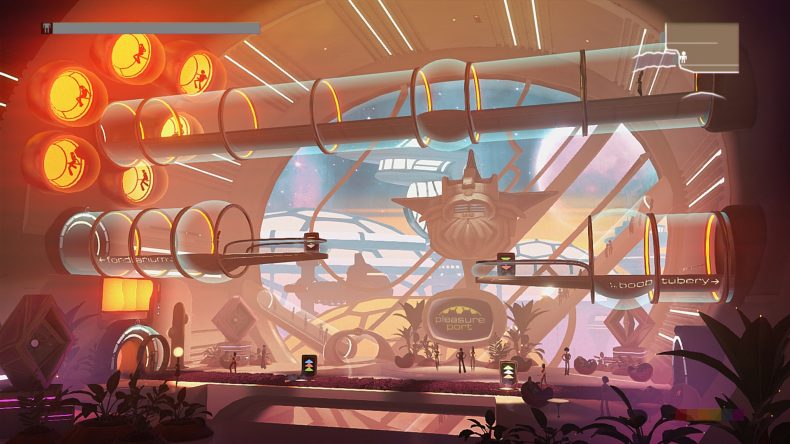 While everyone has been getting hyped for the E3 announcements that always accompany this dry period in game releases, I have been quietly dipping my toe into some of the titles that Game Pass has to offer. The Xbox subscription service is already pretty great, with the opportunity to play all first party Xbox games, as well as some pretty big name third party games such as Alien Isolation, Tomb Raider, Monster Hunter World and many others; however I have been focusing my time a little more on some of the ID@Xbox and smaller indie titles.

Usually the summer drought of games gives me a much needed opportunity to make some headway into my ever increasing backlog, but because I’m a mad bastard and a glutton for punishment I have instead jumped feet first into Game Pass. Here are some quick thoughts on what I have found so far. Graveyard Keeper was recommended to me by a “friend” who messaged me a while back via the Xbox Companion App (Smartglass was a way better name Microsoft – what are you playing at?). I say friend because whoever recommends this game is clearly some kind of sadist!

To be fair to my pal, he thought I might enjoy it because it seems quite like Stardew Valley and, on the face of it, first impressions certainly seem to confirm that, if Stardew demanded that you drain dead bodies of their fluids and bury them, that is.

Graveyard Keeper is a management sim wherein you prepare bodies for burial, but also harvest their “meat” for goodness knows what purposes. There is also a bit of a mystery associated with it, with a magical portal that needs reactivating and some shady characters lurking about, including a talking donkey and the disembodied head of the previous keeper.

My main issue with Graveyard Keeper is that everything seems awfully obtuse, nothing is really explained to you and to compound things you can only interact with certain key figures on specific days of the week which makes everything a bit of a relentless grind. It’s not bad though, I may well be poking my head back in to see whether my graveyard is becoming overgrown or not. Whereas Graveyard Keeper was recommended to me because it seemed similar to Stardew Valley, I downloaded Wargroove because of Chucklefish which published Stardew. Look, I like Stardew Valley! OK?

Wargroove is a turn-based tactical game, and I am going to be perfectly honest, turn-based games have never really appealed to me. I am actually unsure why this as, as I do tend to like tactical-based things, but I was immediately drawn to the visual style with all its lovely pixelated characters.

One thing I really like about Wargroove is that instead of controlling a party of particular individuals, you instead utilise squadrons of disposable units each with their own strengths and weaknesses – the archer unit for example can be extremely powerful, but you will need to position it in a suitable place away from the immediate combat and be aware that the damage is limited if they fire while moving.

My main criticism is that a lot of the missions can take quite a while to beat, and losing right at the end of a forty-minute battle can be a little demoralising, however, there are some great difficulty parameters that you can set which alter the damage you do, how much money you make etc., which allows you to customise the difficulty to a certain degree. I’ll admit I downloaded this on a whim as it was part of the ID@Xbox qualifying games that formed part of the May rewards programme on Xbox. Headlander is a Metroidvania style game where you play as a disembodied head in a “groovy” 70s-inspired science fiction dystopia where humans have, for some inexplicable reason, chosen to abandon their fleshy bodies and instead implanted their consciousness into robotic bodies.

You (as a rocket powered head) zoom around the map vacuuming heads off bodies so that you can utilise them for opening doors and shooting at the various enemies controlled by the nefarious Methusalah, a rogue AI intent on not allowing you to recover your lost memories… or something.

It really shouldn’t work, but it’s great fun. I knew I was hooked in within the first five minutes as a cut-scene depicting your escape from the location you woke up in shows that you are the piloting head of a space-craft that looks suspiciously like a penis. Plus, it has an achievement called “Probing the Pleasureport”.

What can I say? I am but a simple woman, easily amused. I don’t really know how to describe Outer Wilds, but I do think I’m a teensy bit in love with it. The best description I can give is that it is an open-world adventure game where repetition is the greatest reward.

Essentially Outer Wilds is set around a 22-minute time loop. You play a character who is part of your home planet’s space exploration programme, but unbeknownst to you and your fellow inhabitants of Timber Heath your planet’s sun is about to go super-nova. If you die or manage to survive long enough to see the sun blow up you are reset, but maintain all the progress and knowledge earned from previous runs.

Outer Wilds is part exploration, part mystery game as you explore the different planets within your solar system for clues as to what went before and potentially how you can stop your seemingly inevitable fate. Its a beautiful game, both in its visual style but also in its use of death as a game mechanic, and how inevitable and meaningful each one can be.

Play it, I think it will feature heavily in game of the year discussions.

Likes to shoot stuff and wear pretty shoes. Is a BEAST at Titanfall.
MORE LIKE THIS
Adult Swim GamesChucklefishDoublefineGamePass