previous
Sades Locust Plus Gaming Headset review
random
next
Remnant: From the Ashes - Subject 2923 review
1 like 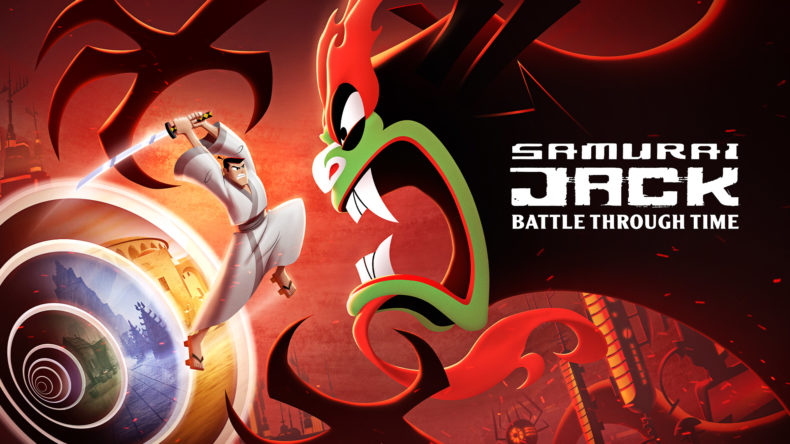 It’s strange to think that it has been over a decade and a half since the last Samurai Jack game, back when The Amulet of Time hit the GameBoy Advance and The Shadow of Aku arrived on PlayStation 2 and Nintendo GameCube. The animated series was at its peak back then, but it wasn’t until 2017 when the series returned with a fifth, and final, season.

It’s taken a further three years, but Adult Swim Games has brought back the time-travelling samurai for one last adventure. Set during the final conflict with Aku, Battle Through Time sees Jack separated from his beloved Ashi and flung into a place outside of time. In this alternate era, he is forced to relive some of his most famous adventures from the animated series, but with more than a few twists thrown in.

Right from the start, this feels like a game made by fans, for fans. There is real care and attention lavished upon the visuals, with the 3D models almost perfectly capturing the look of the 2D animated series. Jack himself looks just as you would expect, with his trademark gi and top knot, but the more damage he takes, the more disheveled his appearance becomes. Again, just like the series itself. 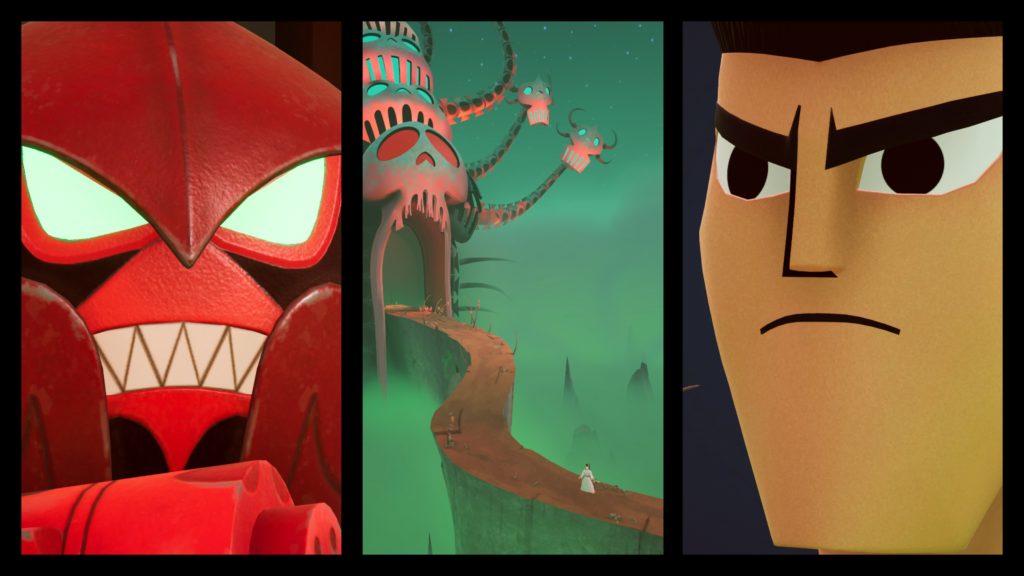 The presentation is given an extra boost thanks to the original voice cast lending their considerable talent to Samurai Jack: Battle Through Time. This means that when Aku taunts Jack, or the Scotsman makes an appearance, it feels like you’re watching an episode of the show, but with the added bonus of actually taking part in the action yourself.

The action is the most important part of the gameplay, making up the majority of the experience. Samurai Jack: Battle Through Time is an action adventure, filled with exploration and collectibles, really feeling like a nod to the PS2 era of action platformers, only with a much more modern, much more fluid and responsive combat system.

There is so much depth to the combat, thanks to a mixture of the game’s upgradeable skills and an impressive weapon-swapping feature. Throughout the game, defeating enemies will earn Skill Fire, which is used to upgrade everything from your health bar, to adding new combos and extra weapon slots. It does get a little more complex when you add Bushido, which is a rarer currency, used to acquire further upgrade skills as you progress. Once you start adding in the various jewels needed to unlock the highest tiers, it gets a little silly. 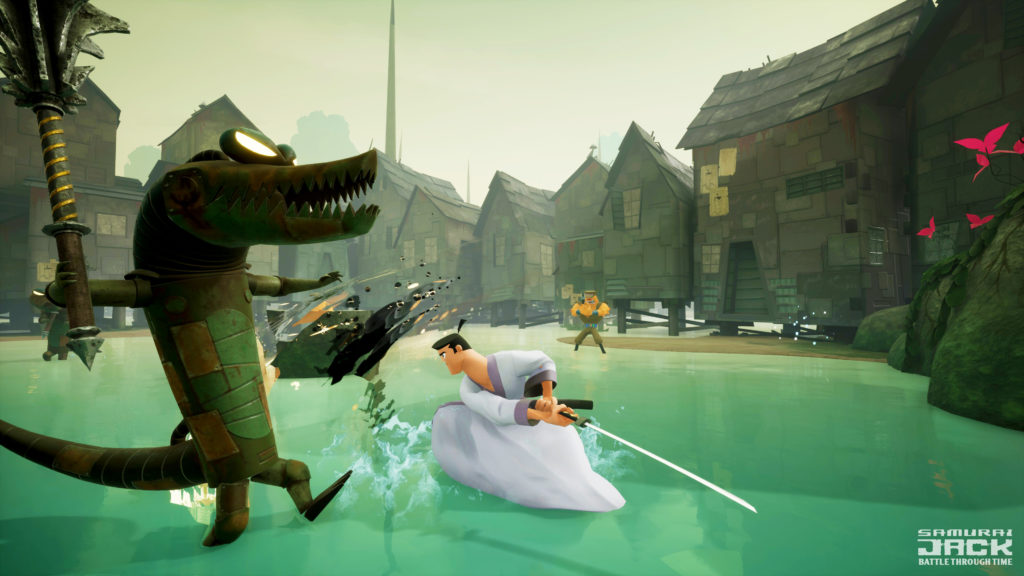 As in the series, Jack’s main weapon is his magic sword, but he has also been known to use others when necessary. Battle Through Time is no different, as you can wield up to three other melee weapons, assigning them to a direction on the d-pad, allowing you to switch on-the-fly. Spears and axes offer extra reach, which can help when you’re surrounded during particularly large scale fights. There are hammers too, plus ranged weapons like bows, shuriken and even guns, all of which offer their own strengths and weaknesses during battles.

I must admit, although I did love the majority of the game, the combat during the final few levels really does take a sizable leap in difficulty. Where once I was cutting a swathe through legions of Aku’s robotic minions, including beetle drones and ninja assassins, I was suddenly unable to get through a fight without being dealt severe damage. I was rinsing through my health items like they were going out of fashion during the final level.

Until that point however, I absolutely adored exploring the various locations from classic episodes of Samurai Jack. It was great meeting old friends and enemies, including the likes of the Imakandi, Demongo and the Scotsman, as well as newer ones like Ashi and the various villains of the fifth season. The whole thing feels like a love letter to Samurai Jack, a “best of” compilation, allowing fans to play through some of their favourite episodes. They may include new twists, but there is plenty of familiarity and everything is dripping with the same atmosphere, style and humour that was present throughout the animated series. There are plenty of easter eggs too, for eagle-eyed fans.

It feels like it’s been ages since a game like this came along. With its PS2-era platforming combined with more modern combat, its closest comparison is probably something like Mini Ninjas, which was itself a spectacular (and criminally overlooked) platform adventure. It serves as a reminder that not every adventure has to be a roguelike or a super slick, stylish hack and slasher, sometimes a simpler direction is the right way to go and can be just as stylish and just as rewarding to play. Samurai Jack: Battle Through Time isn’t just an excellent licenced game, which is rare enough, it’s an excellent action platformer in its own right. One that every fan should play.

Combat can get a bit messy, especially with late game difficulty spikes

Samurai Jack: Battle Through Time is a love letter to the animated series and a throwback to classic platform action games of the PS2 era, in the best possible way.