previous
Void Bastards is a strategy shooter from Irrational Games co-founder Jonathan Chey coming to Xbox One and PC
random
next
VLOG: Diablo 3 and Immortal - Is it a big deal?
0 comments 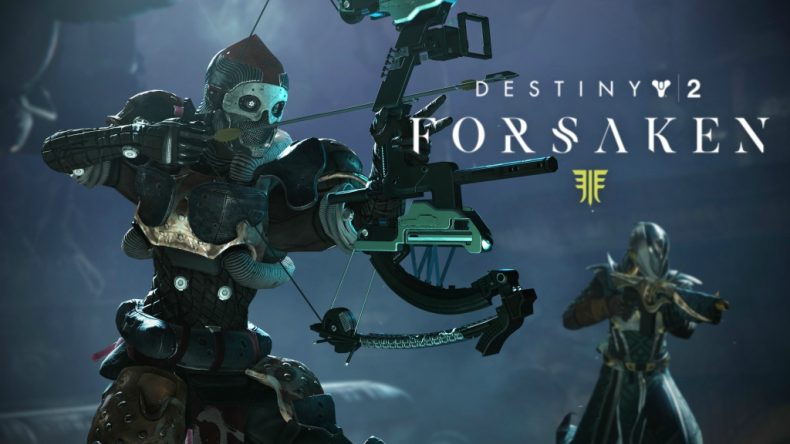 Welcome back, folks. There’s not a whole lot to talk about this week, but you’ll be pleased to know that I did manage to get the Horror Story Auto-Rifle before the Festival of the Lost ended and Amanda Holliday went back to being very pretty furniture. It’s a beast of a gun, and replaced my Hazard of the Cast instantly.

The Festival is gone now for another year, but we still have a new expansion and the Dawning to look forward to in 2018 alone. While it’s mostly business as usual this week, something odd has appeared in Tess’ emporium. As I rocked up to the Eververse store this week, I was surprised to see a new tab beside the Prismatic Matrix. This so-called “Temporal Surge” offers a chance to buy old Season emotes in exchange for Silver. Which, frankly, sucks.

Look I get people want Bungie to mix the older stuff in because there things people missed, especially late adopters who joined in on September 4th, but why only sell these things for raw Silver? What we really want is for Bungie to revamp old Season gear to roll with the same perks as S4 drops and run it all back into the loot table. Right now, anyone who started playing or returned at the launch of Forsaken has a chance of dropping pieces of useless shit from Faction Engrams, some of which looks fucking cool. I like the Wildwood duds for the Hunter, for example, but I’m not going to wear gear with no perks that I have to infuse all to hell before its even viable. This is an easy cosmetic fix, and it needs doing.

Anyway, with that off my chest, what’s going on this week? Aside the usual, mostly jack shit, but then the usual is still pretty hot. Weirdly I’m not getting Exotic drops at all anymore. Haven’t had one since way before the Festival of the Lost, but I have been lucky with Prime Engrams and useful rewards, so my Power Level is still steadily climbing. I can’t complain much about Exotic drop rates, because they’re at least meaningful now. Also, the newest update fixed it so we’ll get fewer dupes, which is aces. In other news, there’s a new quest step to get your hands on the Thunderlord – er, I mean to solve Master Ives’ murder. This time it takes you through 4 Lost Sectors in the EDZ, which is a bit by the numbers but at least it’s easy. Once they’re all done (you only have to loot them), you’ll be told you’ve got to wait for the next set of coordinates hahahaha. The quest so far has been a bit meh, to be honest, so I’m hoping that the final part – allegedly taking place in the Cosmodrome – will rock much harder.

And that’s about all there is for this week. As always the reset brings a new Ascendant Challenge (this week is number 4 on the cycle, the Keep of Honed Edges) and a new Nightfall Strike.

So until next week, eyes up, Guardians.