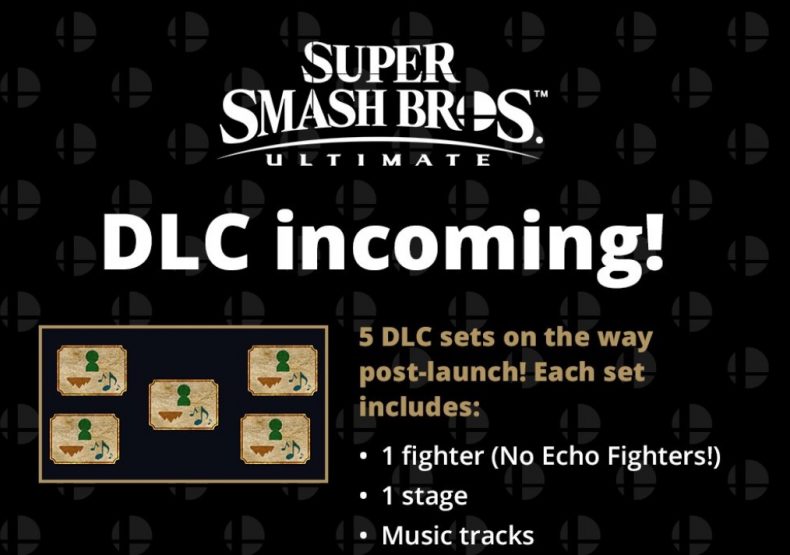 New fighters (not echo), stages, and music will be added through the end of February 2020 to the game with the Fighters Pass. Each set will cost £5.39 while the pass with 5 sets will be £22.49. Players who buy the Fighters Pass will also receive an in-game outfit based on Rex from Xenoblade Chronicles 2 starting Dec 7. Watch the direct below:

Early purchases include Piranha Plant and this includes registering physical copies through your device until January 31, 2019. Pre-orders and preloading for Smash is also live on Switch right now.